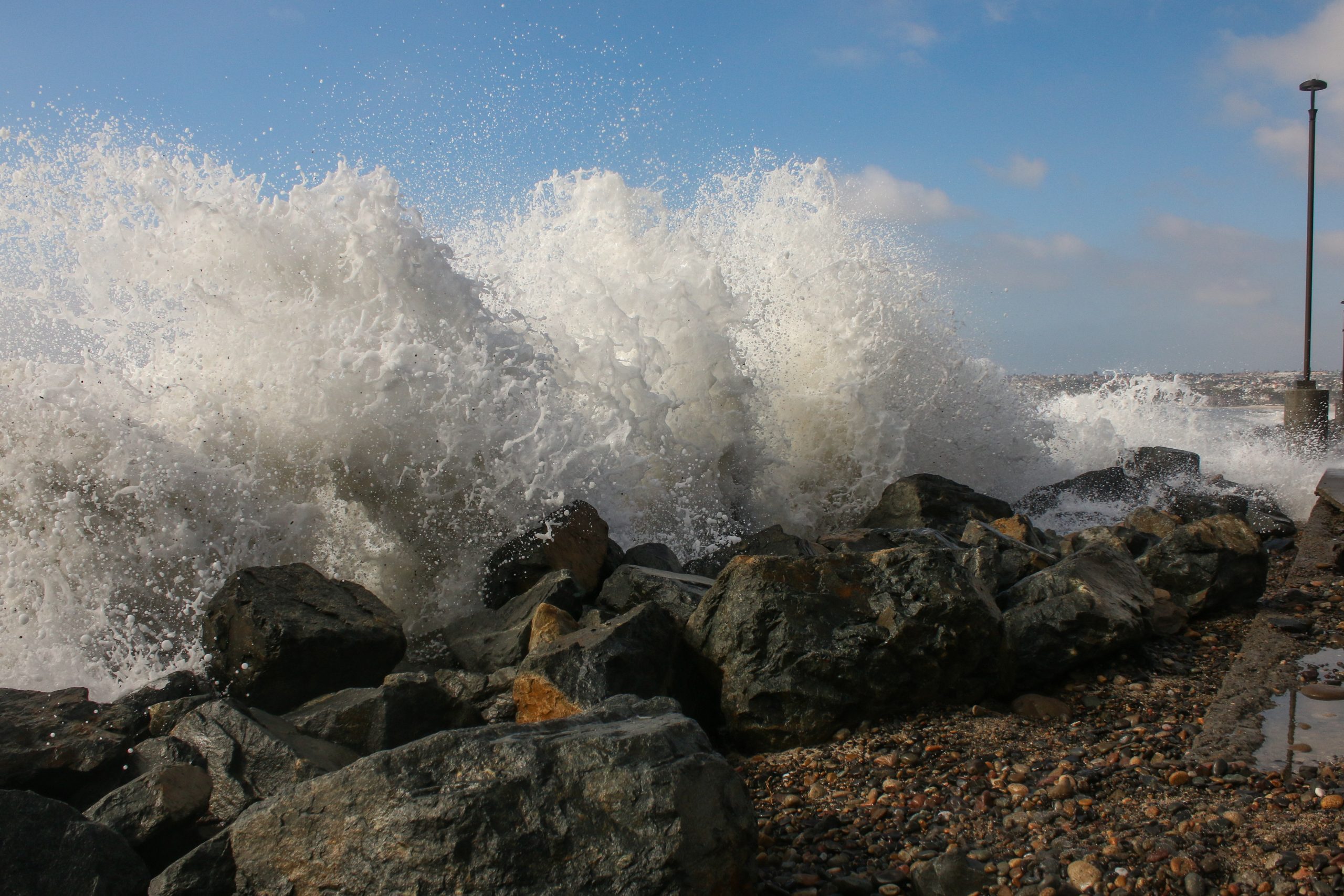 The California Coastal Commission voted 8-2 on Wednesday, Dec. 9, to allow for OC Parks to use sand cubes and boulders at Capistrano Beach while the agency formulates a long-term master plan solution.

Capistrano Beach has sustained considerable damage and erosion in recent years. However, residents and local stakeholders are at odds over what a solution would look like—and several commissioners were vocal about their reluctant “yes” vote.

Mandy Sackett, with the South Orange County Chapter of the Surfrider Foundation, says she is nostalgic for the days where Doheny blended toward Capo Beach, with walkable sand and surfable waves, particularly in the 1970s.

“Of course, beach trails and parking are great if you can have both,” Sackett said. “But we’re living in this reality of climate change, and sea-level rise and coastal erosion … What is it we’d really be saving—a beach, or a parking lot?”

Emergency permits for riprap and geotextile sand cubes extend back to 2007. Further arguments against approving the OC Parks’ permit application stated that there should be a shared vision for restoring the coastline along Capistrano Beach and Beach Road, the neighboring private residential street, rather than attempting to prolong Mother Nature from inevitably reclaiming the beach.

Leaders with Surfrider have advocated against allowing riprap, arguing it further erodes the coastline and detracts from public access.

Between 2004 and 2020, eight emergency permits were issued to OC Parks to address damage to Capistrano Beach caused by winter storms and high tide events, including six that were issued within the past five years.

These Emergency Permits required OC Parks to apply for a follow-on Coastal Development Permit for after-the-fact authorization of the actions taken, or otherwise remove any site work that was previously performed.

Earlier this year, high tides had overtaken the parking lot, causing further damage to the beach’s sidewalk area. In October 2018, inclement weather and high tides caused the boardwalk and basketball court to buckle; those amenities, as well as a restroom, have since been demolished.

“In my mind, this is a classic example of the present and future impacts of sea-level rise,” Vice Chair Donne Brownsey said. “Clearly, they are committed to this community, committed to try and find the right solution to find an answer to an unanswerable question—which is going to face so many of our communities up and down the state.”

Toni Nelson, co-founder of the grassroots group Capo Cares, lauded OC Parks for being responsive and working with the community.

“They have grabbed the bull by the horns,” Nelson said. “They are working tirelessly to protect valuable assets to ensure uninterrupted public access. They are actively managing our retreat, working with regional stakeholders to derive a viable master plan. It makes sense to support their effort.”

After discussion, the commission decided that a plan and update must come before the commission in one year, with an option to extend an additional year should the county demonstrate progress.

Stacy Blackwood, director of OC Parks, assured the commission that her staff has been in regular communication with the CCC and regional stakeholders working toward a long-term plan.

“You are already late,” Brownsey said in her comments directed to OC Parks. “And I do hope that you are able to come up with a viable plan that will save some elements of this resource you so highly treasure—and that we also treasure—and hope to protect for the people, for the State of California.”