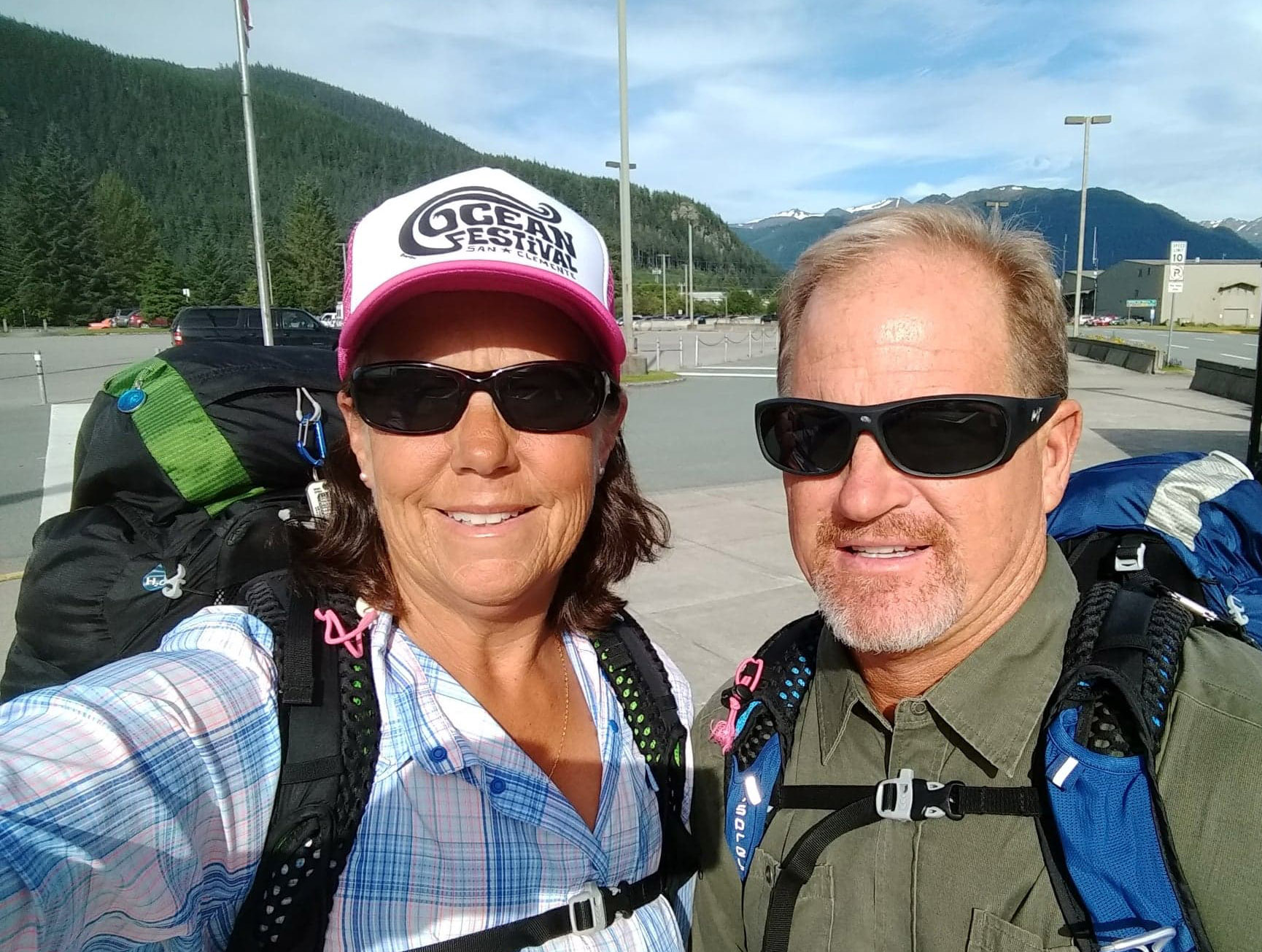 Hiking fanatics Paul and Dee Milosch have a challenge for friends and strangers they may encounter from time to time on the beach trail.

Do you have it in you to try to circumnavigate San Clemente—23 miles on trails—in a single day?

They call it the Pier to Summit to Pier Challenge, and they pulled it off on May 20.

Starting at 6 a.m. at the end of the San Clemente Pier, they adventured for more than 10 hours, huffing and puffing up and down hills, taking breaks at three locations for rest and snacks and arriving back at the pier around 5:30 p.m.

When they posted a video on Facebook of their epic trail hike around the perimeter of San Clemente, it drew quite a response.

We asked Dee about it.

We created the route while training for our upcoming and intended thru-hike of the Continental Divide Trail.

How did you establish the route?

We have walked just about all the trails in San Clemente. We had wondered for a while if it was possible to walk the perimeter of San Clemente. With the SC All Trails Map and Google Earth, we drew up a possible route.

How did you test it?

We initially broke it into sections, in order to get a feel for how long of a route it would add up to be. After having walked all of the sections—and before it got too hot and “snakey”—we pulled the trigger on May 20 to see if we could do it in one day.

Were you wiped out, afterward?

How many people did you meet along the way?

There were a few people using the trails. There was a guy gliding down the paved road to the Summit on his skateboard. A few on the beach trail. Mountain bikes near San Mateo area.

Did you have cell phone coverage the entire route, in case anything happened?

We had cell coverage the entire time. I used my Starva app to record the route, track mileage, pace, and elevation gain/loss. Our biggest concern was snakes, so hiking with headphones is a no-no.

Any amusing experiences? Or anything spooky?

Almost getting taken out by a speeding mountain biker is always fun. I wish they’d use a bell. And there’s nothing like walking mindlessly over the top of an outstretched snake—poisonous or otherwise.

How long have you and Paul been into hiking?

We first cut our teeth in 2012 on the Trans Catalina Trail (38.5 miles). We realized we had way too much stuff and needed to lose some weight. In 2013, we were fitter and did the Tahoe Rim Trail. After having completed that—165 miles in 9 days with no breaks—we figured we’d only have to repeat that another 15 times to do the Pacific Crest Trail, 2,650 miles.

How long did that one take you?

One-hundred and seventy-one days, which included time off from injury, and “zero days” off trail. It stretches from the California/Mexican border through California, Oregon and Washington. You end at the U.S./Canadian border and walk into Manning Park, Canada

How did you and Paul meet?

As ocean lifeguards. Working for the city of San Clemente. We got married in 1986 at Our Lady of Fatima. Paul just turned 60. I am approaching 58.

What was your pre-hiking lifestyle?

We used to exclusively play in the ocean—surf, swim, scuba dive, lifeguard competitions for decades. But it got a bit crowded, and the vibe changed. After I injured my knee at work and blew out my shoulder doing Aikido in 2010, we traded in our wetsuits and fins for trekking poles and trail runners. We haven’t looked back since. There’s so much to explore and experience.

How long will the Continental Divide Trail take?

A minimum of three months. We are only set to do half of the CDT, Rawlins (WYO) to Waterton Park, Canada, if Canada finally opens for us. We were supposed to start this April from the New Mexico/Mexico border and hike north, but COVID-19 happened.

Head to 2moremiles.com to check out Dee and Paul Milosch’s hiking blog and PSP Challenge video. For a list and maps of San Clemente’s trails, head to san-clemente.org/i-am-a-/visitor/trails-hiking.