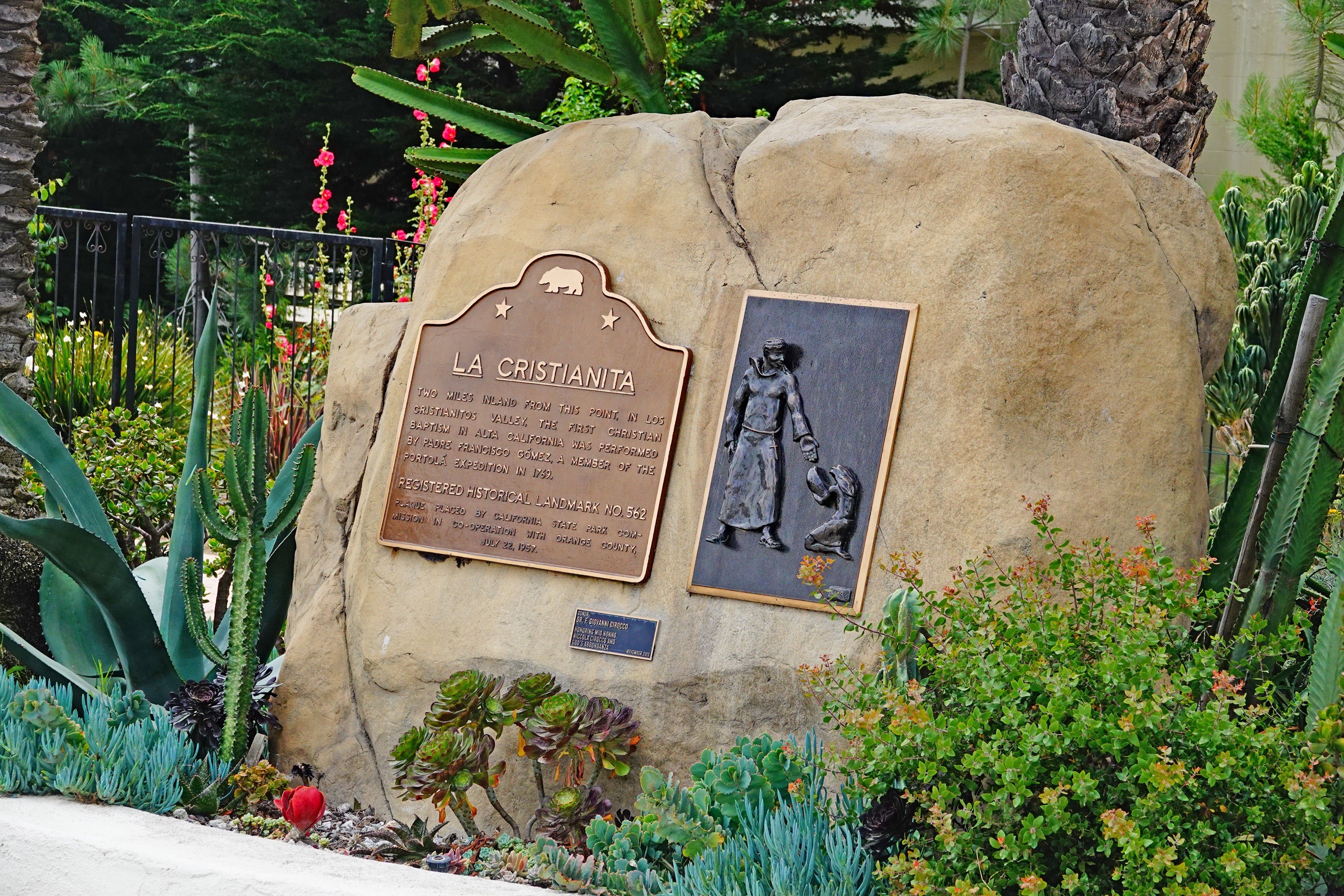 As milestones go, 2019 is a blockbuster—the 250th anniversary of the founding of San Diego in July 1769.

Modern-day California begins then and there.

Not only that, but 2019 is the 500th anniversary of Conquistador Hernan Cortes’ invasion of Mexico in 1519.

If it weren’t for Spain’s subjugation of Montezuma’s powerful Mexica empire:

Much of what California became begins with Serra in 1769 and, in turn, with Cortes’ 1519 endeavor to enrich himself while imposing Spanish religion and culture on lands that became mainland Mexico.

Until Serra’s first permanent Spanish settlement at San Diego, a society of hunters/gatherers had peopled the lands to be known as California.

The Golden State has evolved into the world’s fifth-biggest economy, a worldwide cultural and technological trendsetter.

A July 16 event at San Diego’s Presidio Park will commemorate the day in 1769 when Serra established California’s first mission there. Thus began Serra’s stated quest—with all its inherent consequences—to save native Californians’ souls by bringing them Christianity.

Serra later relocated the original mission to a valley about seven miles inland, where it remains an active church and visitor attraction.

Today, the Mission San Diego de Alcala site includes a room where Serra may have resided when visiting San Diego, which was but one of nine missions he established between 1769 and his death in 1784.

Some Californians on July 16 will perhaps raise a glass to toast California’s wine industry, which began with Serra’s introduction of grapes to provide wine to an eventual 21 missions.

Some Californians may mourn the fate of San Diego’s first people, the Kumeyaay, and of California’s other natives, who initially greeted Europeans with curiosity and technological wonder.

Many indigenous people would assimilate into Spanish ways, becoming mission Indians and Catholic converts to one degree or another. Others would run afoul of European ways or resist and be punished. Many would succumb to European diseases. By 1855, a native California population initially estimated at 310,000 was down to around 50,000, Serra biographer Steven Hackel wrote.

Over time, surviving natives were absorbed, often painfully, into the civilized idiosyncrasies of Spain, then Mexico, then the United States.

As noted at sandiego250.com, San Diego today “is the eighth-largest city in the nation known for its beautiful beaches, active lifestyle and diverse, vibrant communities,” including the Kumeyaay, who “continue to be part of the region’s cultural fabric.”

In 2018, children in the Mexican seaport village of San Blas, Nayarit, sang, danced and chanted “Fray Junipero” at festivities marking the 250th anniversary of Serra’s shipboard departure from there to Baja California—March 12, 1768.

On March 28, 1769, as Hackel related, the missionary set out from Loreto, Baja California, on a laborious 700-mile overland journey by mule to San Diego, arriving on June 29.

The city of Tepic, Nayarit, in the mountains above San Blas, remembers Serra with a statue and a replica of a humble dwelling that had housed him there in 1767-68 while he formulated plans to lead Californians to salvation. Murals of Serra line the walls of a historic Tepic chapel dedicated in 1784, the year Serra died at California’s Carmel Mission.

One of Tepic’s most popular hotels today is the Hotel Fray Junipero Serra, known locally as The Fray.

A block away, the Blas Aguilar Adobe dates back to 1794. Exhibits there offer an Acjachemen Nation perspective on how European ways altered the lives of natives who had coexisted with their natural environment for thousands of years.

Two weeks before California’s 250th anniversary, Mission San Juan Capistrano will conduct a yearly ceremonial ringing of its four bells at noon on July 1, the Feast Day of Saint Serra. Every day, the mission rings a single bell, seven times, at 9 a.m.

Mission San Juan was the seventh of nine California missions started by Serra. Its 250th anniversary will come in 2026.

From 1954-62 and 1976-88, San Clemente produced an annual outdoor pageant dramatizing the baptisms. Fiesta La Cristianita, featuring a parade and a carnival, was an annual tradition from 1954-88. The fiesta has since evolved into a day-long music festival on Avenida Del Mar, this year set for Aug. 11.

Serra’s subtle footprint in Dana Point history is reflected by a Richard Henry Dana statue and a replica of his ship, the Pilgrim. Visitors and school groups at the Ocean Institute can board the Pilgrim to learn about Dana’s adventures and 1830s seafaring. The Pilgrim also participates in an annual Tall Ships Festival.

In Mexico, various communities are observing the 500th anniversary of Cortes’ 1519-1521 conquest. Academic discourses reflect upon the brutal clash of cultures.

The focus is on consequences, lessons learned and the ultimate result—today’s land of the Mestizo—a multicultural Mexico.

Visitors photograph each other at Tecoaque, a site in Mexico where locals ambushed and massacred one of Conquistador Hernan Cortes' Spanish caravans in 1520. In Nahuatl, Tecoaque means 'the place where they were eaten.' Photo: Fred Swegles

The city of Tlaxcala, Mexico, is observing the 500th anniversary of the 1519 meeting of two cultures and its far-reaching implications. Photo: Fred Swegles

One of Diego Rivera's murals in Mexico City's national palace depicts the scene that Spanish Conquistador Hernan Cortes might have beheld as he approached Montezuma's city of Tenochtitlan. Photo: Fred Swegles

Spaniards built Mexico City over the destroyed magnificence of Mexico's indigenous capital, Tenotchtitlan. Now the ruins of the great temple of the Aztecs have been unearthed and restored. Photo: Fred Swegles

A school is named for Father Serra in San Blas, Nayarit, Mexico, a historic seaport from which Serra sailed in 1768. Photo: Fred Swegles

This chapel, built in Tepic, Nayarit, Mexico, in 1784, pays homage to Fray Junipero Serra. He resided in Tepic before setting out to civilize California. Photo: Fred Swegles