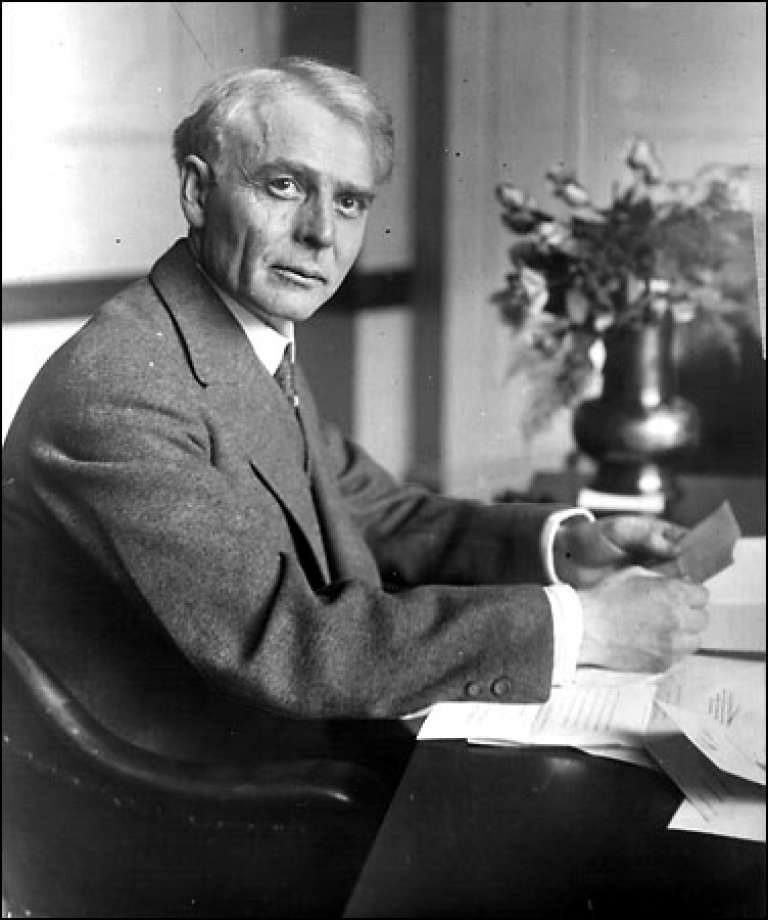 CoastLines: A Fighter, to the End

There was a bombastic July 27, 1934 article in El Heraldo de San Clemente describing how city founder Ole Hanson, then 60 years old, punched out the mayor at what was supposed to be a happy picnic at San Clemente State Beach.

The state park was being developed then. Ole was unhappy at the prospect of wooden shacks being built there, violating the Spanish Village’s architectural code.

Ole, a guest at the picnic, stepped up and delivered a speech, demanding that the state park board “obey the city ordinance requiring that all structures in the city be of the Spanish type of architecture,” the article said.

“The speech apparently excited the ire of Mayor A.T. Smith, who interrupted the speech and called Hanson an agitator and a Communist, finally forcing his way to the platform,” the article continued.

Ole, a Communist? The anti-Bolshevik firebrand who had gained national notoriety in 1919 as the strike-breaking, union-busting mayor of Seattle?

“Jumping on the table, he struck Hanson twice, pushing him off the platform. Hanson took off his glasses and struck the mayor twice in return, the force of his blows knocking the mayor into the crowd …” the article said.

“Right over there, the State Park board is allowing the construction of a frame shack in this beautiful State park,” the article quoted Ole. “The city mayor standing there has allowed this to proceed. If government wants laws obeyed, they must obey their own laws.”

The article said Hanson then sent a telegram to California’s governor demanding the state obey the city’s law, no differently than “the humblest citizen.”

Perhaps Ole’s punch-out at the picnic was a last hurrah in defense of his Great Depression-depleted Spanish Village.

Editor’s Note: Longtime local newsman Fred Swegles has graciously authored these CoastLines columns for San Clemente Times and Picket Fence Media since 2018. It is with a heavy heart to announce that this is expected to serve as his final column for the paper, as Fred continues battling health issues as a result of his glioblastoma diagnosis. That said, we here at PFM are hoping he makes a full recovery and can continue his CoastLines column as soon as possible. For more information, read Norb Garrett’s Publisher’s Letter.