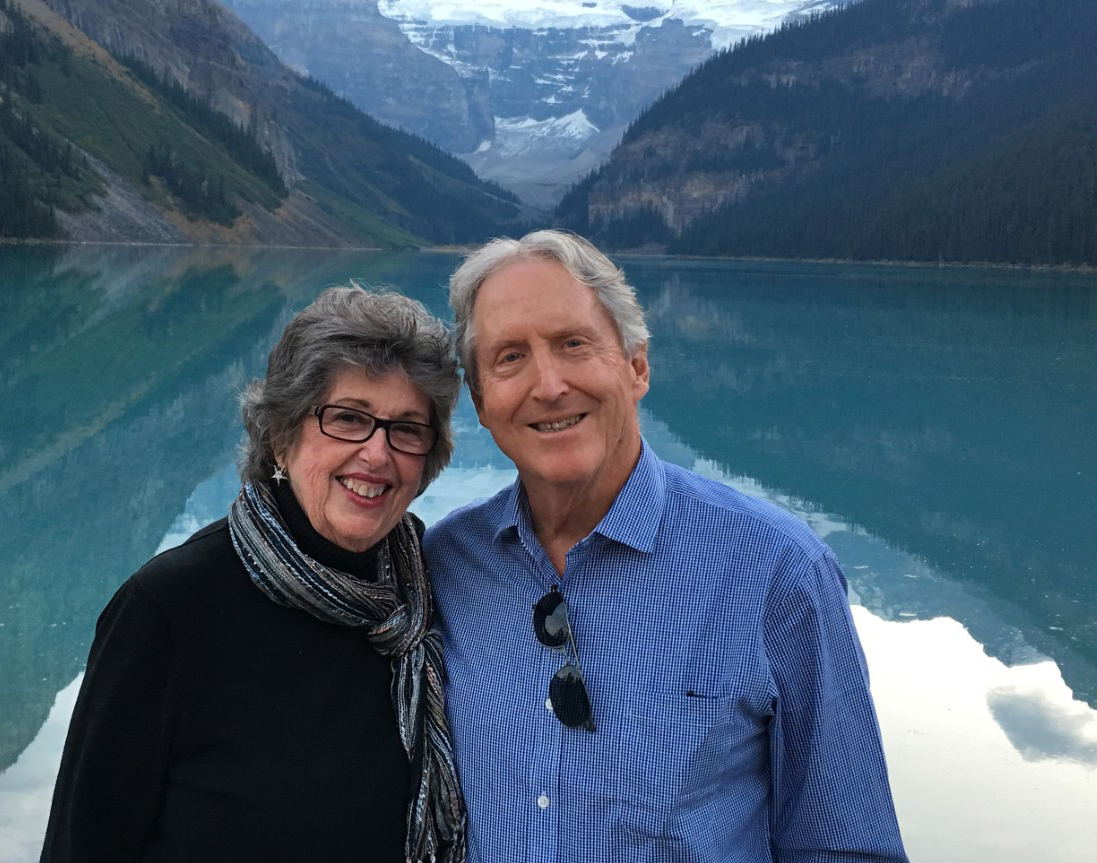 Many in San Clemente may remember Jackie as a beloved former teacher in the Capistrano Unified School District. Others will recognize Steve as a San Clemente environmentalist.

What you may not know is that Steve, in his journalism heyday, led a life of wanderlust as camping editor for Field & Stream magazine and contributor to other periodicals such as Private Pilot.

Jackie evidently had no idea what a rollercoaster ride she was about to board when they met.

A week ago, Steve posted this deadpan account on Facebook, marking their 53rd wedding anniversary. It’s pretty amusing, but also an endearing love story. Try to envision yourself in this scenario:

“Why Jackie has stuck with me for more than half a century is anybody’s guess—and cause for constant speculation among those who know the two of us. Here’s just a little of what she’s had to put up with:

“I first deduced that she was not an outdoor girl when she showed up for our first hiking date wearing white pedal pushers and white sandals with yellow daisies on them.

“But I also remember her first canoe trip ever, when we, now married, paddled, portaged, and camped 100 miles through the Adirondacks.

“And her first horse-packing trip, riding a little paint 28 miles in one day in the High Sierras, bucking through snowfields, fording creeks, and negotiating granite canyons lit by lightning and reverberating with thunderclaps—much of it while leading our 3 ½-year-old’s horse behind her own.

“We walked out of that wilderness with Jackie leading three packed burros, while I carried our little one on my shoulders.

“I vividly remember her:

** “Changing diapers at night by lantern light in ankle-deep snow.

** “Clinging to my waist for dear life as I fought to keep our motorcycle upright in gale-force winds and slanting rain.

** “Crawling with our three little daughters and me out of our tent at daybreak on all fours, as bullets from the guns of drunken beach revelers flew over our heads.

“I liked the idea of not writing as a spectator, but doing things and teaching people to do things, how to be safe doing them, how to enjoy the outdoors.”

** “Standing quivering beside me in Banff National Park, peering out of our travel trailer at a 7-foot-tall grizzly, lit by a full moon and standing to his full height, eyeing our aluminum can of a trailer, which he could have zipped open with one swipe of his index claw.

“I won’t soon forget, and she won’t, either, the time she flew with me in a light plane out to the Colorado River with our three little ones in the back seat, and I landed in a 40-knot crosswind, minutes before a line-squall with 80-knot winds blew in.

“Or canoeing with me across Lake Shoshone in Yellowstone in a storm, with whitecaps so tall our paddles came up dry on every other stroke.

“Then there were all the times I left her for a week or two, or even a month, to hold things together at home while I traipsed after a story for Field & Stream.

“We’ve stuck together all these years and raised three great daughters, and I swear I love her now more than ever. She’s my SHEro!”

Jackie could’ve lost her hubby any number of times, as I can attest from writing about Steve during my San Clemente Sun-Post career.

** He once fell into a river, within a few feet of plunging into a waterfall, escaping with bloody shins, clinging to a rock.

** Piloting an airplane, he circled a remote airstrip in Alaska in a snowstorm, zero visibility, just above treetops, finally able to spot an opening in the forest to dive through and land.

** Hiking alone atop Mount San Gorgonio, he slipped on a steep snowy slope, able to halt his skid at the edge of a frozen waterfall that could’ve pummeled him onto a bed of rocks and ice.

** Spent three days in California’s Sierras on a solo survival trip with no food, tent or sleeping bag—just an emergency kit he’d packed.

** Celebrated his 70th birthday by completing a 29-day trek along the John Muir Trail, hiking the first 23 of those days solo, including his seventh summiting of Mount Whitney, tallest peak (14,505 feet) in the lower 48 states.

** Grew up from his Boy Scout climbing-hiking days in Northern California to earn a Navy ROTC scholarship into Princeton University, lasting barely a year, so immersed into outdoor pursuits.

** Enlisted in the Navy to discover further adventures as a pilot, flying patrols in the Pacific and off Vietnam.

** Wrote for a weekly newspaper, parlaying awards into a job in New York at Field & Stream.

** Was beside Jackie as they watched that grizzly bear at Banff inspect a trash dumpster for food at 3 a.m., get mad and destroy the dumpster. “He just beat the thing to ribbons,” Steve said, wondering if their trailer would be next.

** Driving the California coast seeking a home, knocked on a door in San Clemente, asking to use the phone because the Netherbys’ car had broken down. The homeowner was a realtor. The next day, the Netherbys were shown their new home.

** Daughters Stacie, Dana and Lauren grew up in that San Clemente home, often joining mom and dad on camping trips.