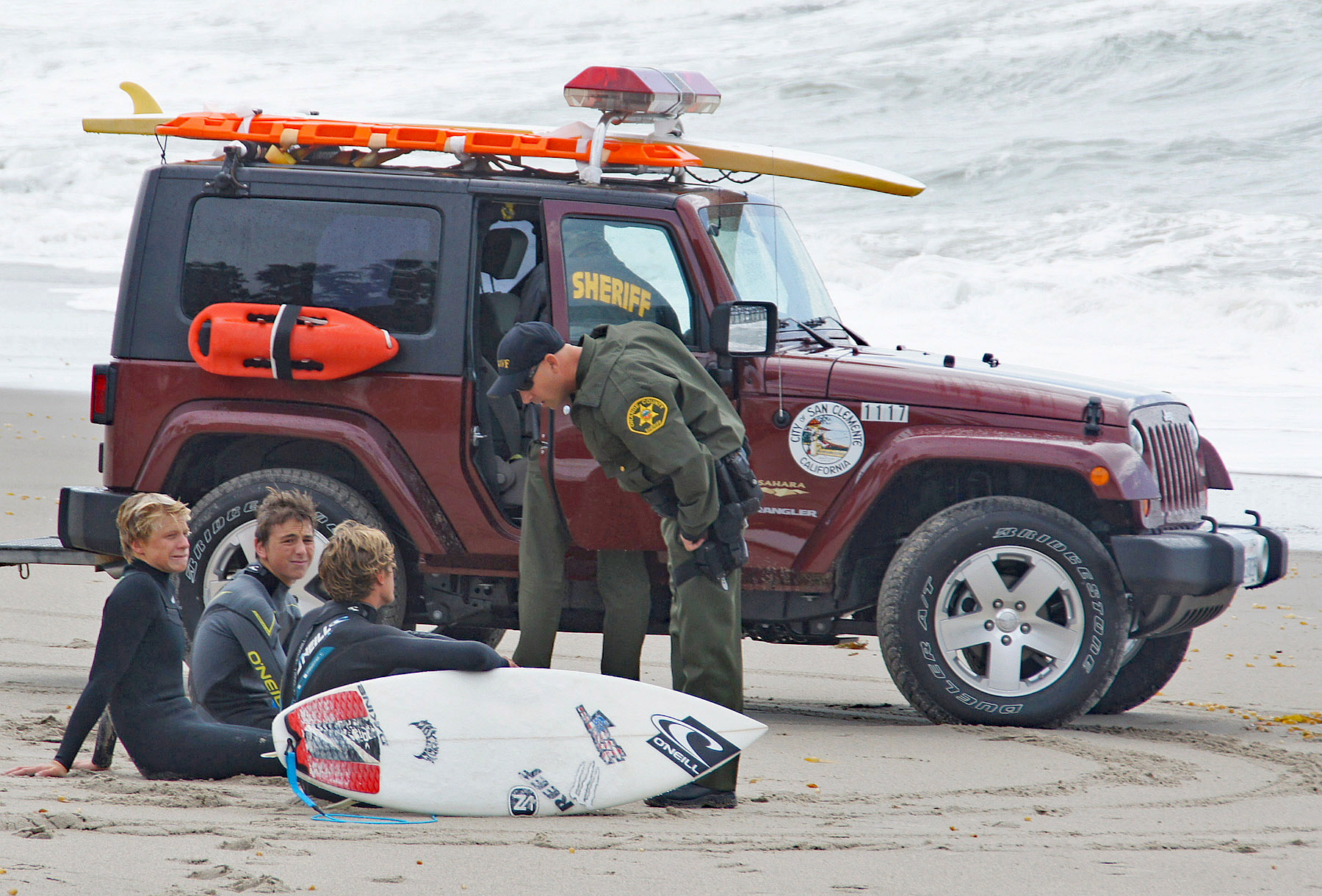 In an epic history of San Clemente, wondering about getting hit by a tsunami on Feb.27, 2010, three of the town’s best surfers sat in the lineup, hoping to tackle a tidal wave arriving from across the Pacific Ocean.

Did Kolohe Andino, Luke Davis or Ian Crane actually score a tsunami during an hour, between noon and 1 p.m., when the surfing was banned by city lifeguards?

Lifeguards discovered the three 15-year-olds surfing, solo, south of the pier and ordered them onto the beach.

That led them to smile, when lifeguards and sheriff’s deputies led the surfers onto the beach, handing Andino, Davis and Crane citations for violating the law.

“Three top young competitive surfers will never know if they actually rode a small tsunami,” I wrote in an article about the tidal wave episode at the pier. “All they know is, it’s going to cost them.”

The three were the only surfers in the water at the pier, when lifeguards closed the ocean at noon for an hour, after a public alert had stated that a tidal wave could hit.

“I didn’t know they could write us a ticket,” said Andino, the reigning Surfing America champion who was, at that time of his teenage competitor career, the holder of nine national scholastic titles.

Was the ticket worth it?

“Probably not,” Andino said, grinning. “But it was fun. We were psyched, because the waves looked fun.”

Emergency officials expected only a minor 1- to 2-foot surge, but lifeguards closed the ocean to public use in case it exceeded expectations.

Precautions were taken up and down the coast. At Dana Point, the harbor island, cove and Doheny jetty drive were closed to the public.

“Anytime that our attention is taken away from public safety, it’s going to be a hazard,” Marine Safety Officer Blake Anderson said. “That’s when measures such as the citation would need to be done.”

The ticket didn’t say how much the fine might cost.

But at 1 o’clock sharp, the three members of Surfing America’s U.S. team were allowed to paddle back out to resume surfing beside the pier.

If any of them rode the tsunami, they never knew it. It proved to be nothing more than an imperceptible tidal surge.