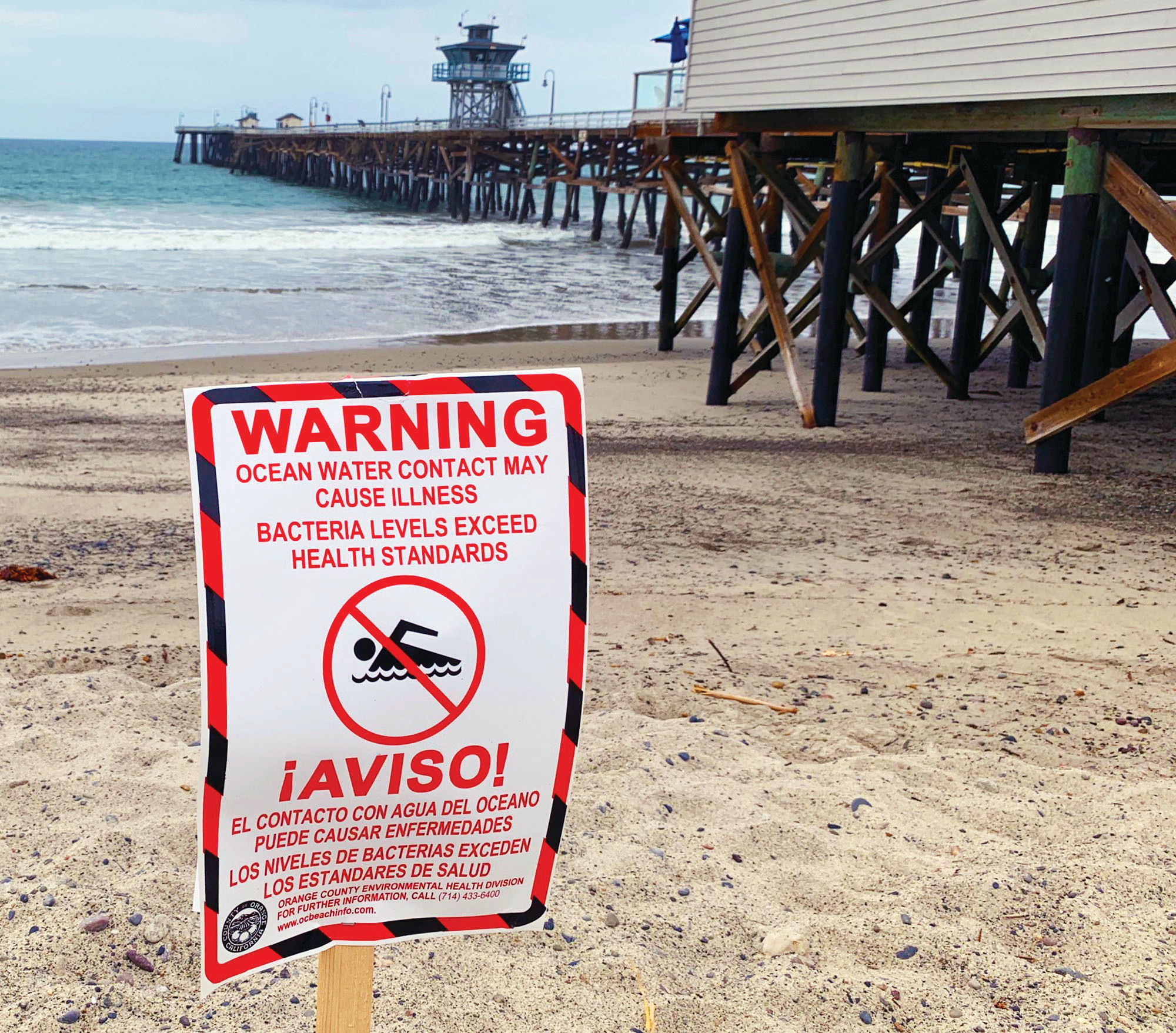 CoastLines: We’re famous! Our pier is No. 1! Or is it Number Two?

You may want to ask our pier’s prolific pigeons which one it is.

The city is doing a DNA-based study to try to pinpoint the sources of tainted ocean water that led the environmental group Heal the Bay to name our illustrious San Clemente Pier 2019’s most polluted bathing beach in California.

Is it from pigeon droppings? Or maybe from a pair of storm drain pipes that deposit urban runoff onto the shore under the pier? Could it be leaks in an underground sewer line that runs up the coast by the railroad tracks? Or something else?

Whatever the cause, how are you supposed to react when your town is suddenly named the most Royal Heinous, of all Places Heinous, on Heal the Bay’s “Beach Bummer” List?

Do you get angry? Run as far away as you can from this epicenter of environmental infamy? Or embrace this unsavory accolade and squeeze some fun out of it?

Or, our T-shirt could picture a pigeon drinking from one of the storm drain pipes beneath the pier. My guess is, pigeons and pipes are the most likely suspects.

We’re great at organizing parades. Why don’t we do one to celebrate our pier winning a state title? We could march down Del Mar to the pier, singing and dancing.

I propose some parody lyrics for the Beach Boys’ Top 10 hit, “Be True to Your School.” If you don’t know the tune, it’s on YouTube.

When some loud braggart tries to put me down

And says his pier is great

I tell him right away

Ain’t you heard of our pier

We’re number one in the state

Be true to our pier now

Just like you would to your girl or guy

Be true to your pier

Be true to your pier

I got my letterman’s jacket, from Heal the Bay

Just thank our pier Pigeons, and the under-pier Pipes,

Now you can call us Pee-Pee

So be true to our pier now

Be true to our pier

Be true to our pier (rah rah rah)

Check out those health department ‘no swimming’ signs

Our badge of honor again

Be true to our pier (rah rah rah)

A BIT OF HISTORY

1992: City’s ban on sale of birdseed at the Bait & Tackle Shop reduces revenue, but lifeguards say it also helped sustain a lower pigeon population . . .  they estimate only 100 to 150 pigeons, not the former 400.

1993: Pigeon population begins to recover. Looks like visitors’ snack foods and trash are as tasty as birdseed was.

1996: Glenn Roy, city’s delegate on OC Vector Control Board, asks the pest control agency to convince Caltrans to net the undercarriage of the I-5 bridge over El Camino Real so pigeons can’t roost, posing a health hazard to pedestrians.

Sometime later: Caltrans, unable to scare away pigeons by posting fake owls on I-5 bridge, nets the substructure. End of problem.

2010: City proposes spending $223,678 to wrap the pier’s undercarriage with netting to take away pigeons’ nesting place. On a 3-2 vote, councilmembers say no; it’s too costly.

2017: City budgets $164,400 to net the pier’s undercarriage just from shore to Lifeguard Tower Zero. Heal the Bay ranks the pier No. 2 on its dreaded Beach Bummer List.