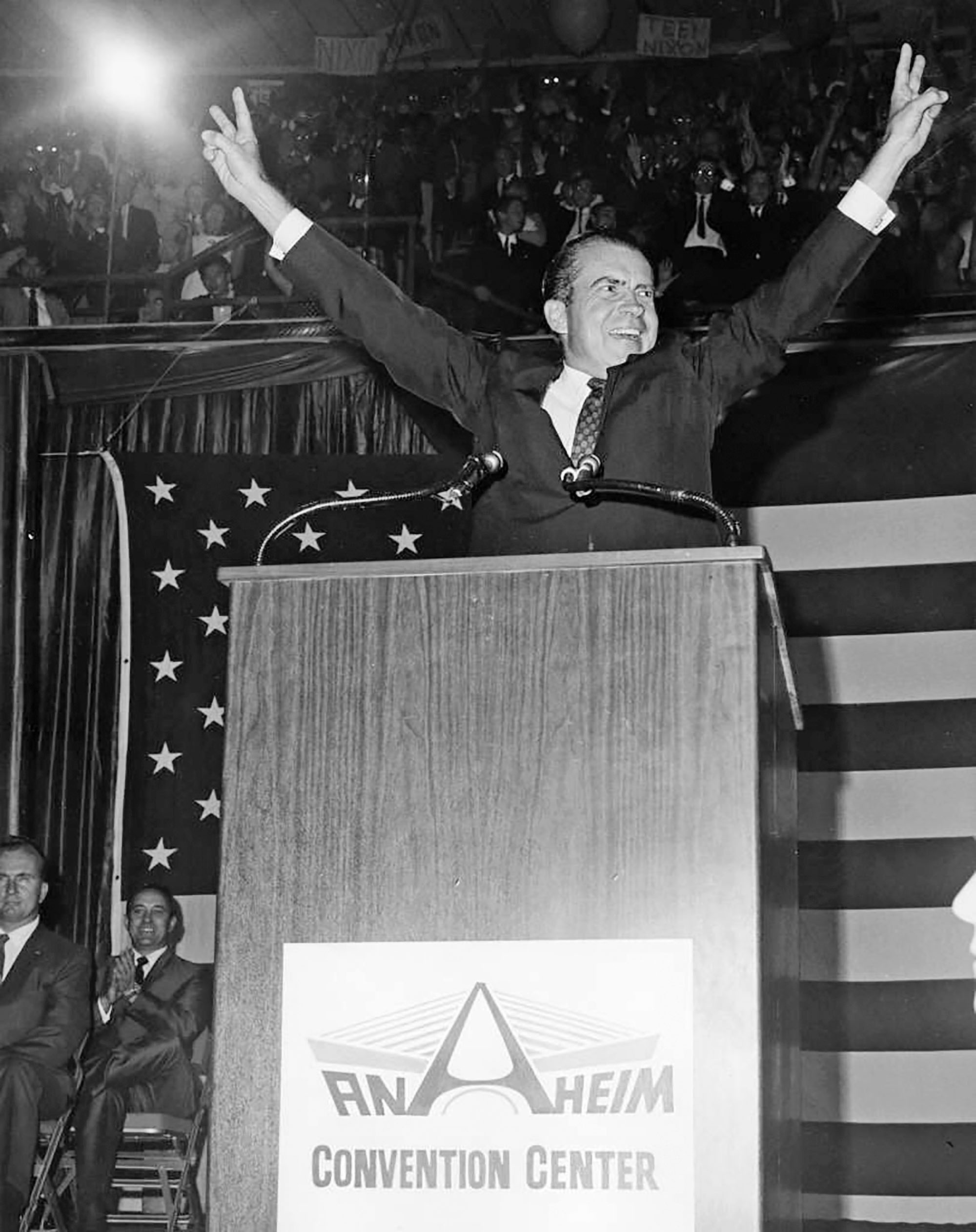 CoastLines by Fred Swegles: Say It Ain’t So, Mr. President!

If anyone in town has an original copy of an obscure 1970 vinyl record—a song about President Nixon and San Clemente—it has to be worth a few dollars.

I can’t imagine many copies were pressed. The whimsical song is titled “San Clemente’s Not the Same.”

A local resident named Myron Ace and his wife, Linda, wrote it in response to life-changing impacts that shook our sleepy village in 1969, when Richard M. Nixon took up part-timeresidence.

I recently came across a January 1970 Daily Sun-Post article about the song while searching microfilm at the San Clemente Library. With a bright and breezy melody, it went like this:

“There was a town so quiet and still, then came the folks from Capitol Hill.

“You made our town your summer home, you crowned it with the Capitol dome.

“You took a step out on the beach, now Cotton’s Point is out of reach.”

“At nine, we used to close the bars, that was okay with FDR.

“Oh, Mr. Nixon, you’re so great, but must your guests stay out so late?”

“But would you take us off the map, and give us back our noon-day nap?”

To explain a couple of nuances, the security zone around President Nixon’s Western White House made his private beach, Cotton’s Point, off-limits for the most part to surfers whenever the Prez was home. A Coast Guard cutter patrolled the waters.

There was a notable exception. I wrote an article about 16-year-old Bob Bare, who lived in the gated Cyprus Shore community next to the Nixons’ home. It told how Cyprus Shore residents were so well known to the Secret Service that Bob, then a SCHS student, could surf Cotton’s all by himself during a Nixon visit. He could even invite his friends.

After my article appeared locally, it sort of went viral.

Today, a downtown restaurant is named for the late H.H. Cotton. His heirs sold the house to Nixon.

The Sun-Post article stated that Myron Ace, a newspaper distributor, sent his song’s lyrics to a music company that put it to music. Vocalist Barbara Foster sang it in a recording that was to be released “next week,” the article said.

I didn’t find any follow-up article to indicate how the song may or may not have fared on the national charts. The article did say that two lines were cut to keep the recording down to two minutes.

Those lyrics said, “We hear your copters overhead, we’d rather hear the surf instead.”

Ace told the Sun-Post that he would send a complimentary record to President Nixon. He insisted the song’s intent wasn’t to make fun of Mr. Nixon, the proof being the final verse, about San Clemente wanting him to stay but also wanting to be taken off the international map.

To hear the song, type in the name on YouTube.

I wonder what, if anything, was on the flip side of the record.

If Ace needed something, maybe he could have put to music a May 27, 1969 Sun-Post commentary. It made fun of Florida, where President Nixon already had a vacation home before purchasing in San Clemente.

It wasn’t actually a Sun-Post poke at Florida. It was a reprint of an editorial that had appeared in Florida’s own newspaper, Florida Today.

A San Clemente resident, identified as Mrs. Hugh Ferry, had come across it and sent it to the Sun-Post. It read:

“A summer home in California?

“Your voting residence, yet?

“Here we sat, dumb and happy, thinking your two waterfront homes on Key Biscayne, one for yourself and one for your staff, were all you would ever need. Nay, all you could ever desire?

“When you came to live with us, we thought we had finally convinced everybody that Florida is as comfortable in the summer as in the winter.

“Now you go dealing for a house in San Clemente, Calif. CALIFORNIA!

“The state of your ignominy. The state that refused you the governorship. The state where you called it quits: ‘You won’t have me to kick around anymore.’ Remember?

“You clutch an asp to your bosom, sir. And betray your friends.

“Would Jackie Gleason go to California? Not on your sweet bippy.