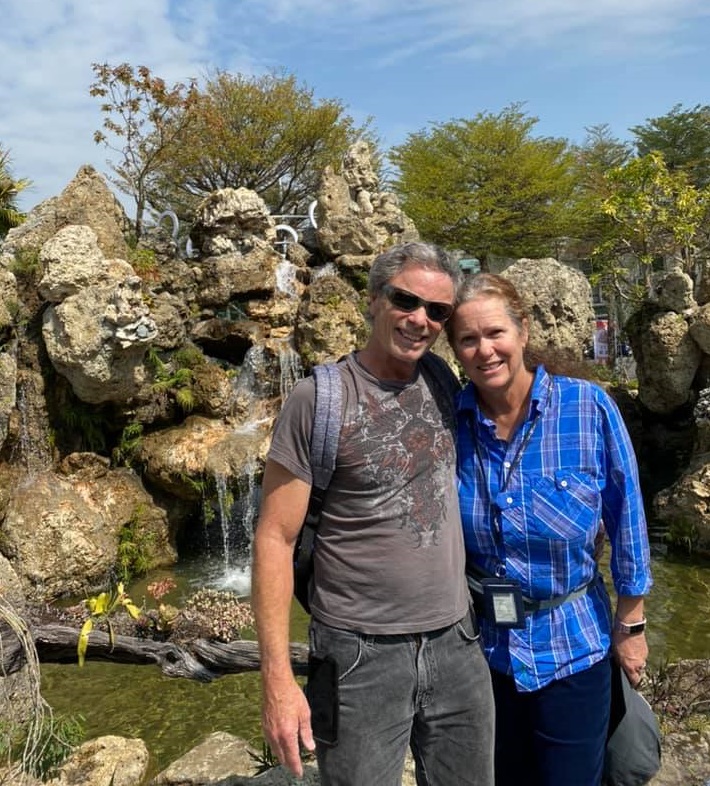 After some 20 cruises to ports around the world over the past 25 years, San Clemente retirees Craig and Ruth Strickland found themselves afloat in drama, on a dream cruise that became a veritable cruise to nowhere.

They were among 1,455 passengers and 802 crew members aboard Holland America Line’s floating hotel, the Westerdam, stranded at sea for 13 days over worldwide fears that the ship might have picked up China’s dreaded coronavirus.

“The first 14 days went off without a hitch,” Craig reported via email. “We did see Thailand, Cambodia and four ports in Vietnam before everything went south.”

Everyone aboard was reported to be healthy. But local port authorities’ fears of coronavirus forced the ship to shorten scheduled stays in Hong Kong and Taiwan. Meanwhile, the Philippines, South Korea, Japan, Guam and Thailand all refused to let the Westerdam land. Finally, Cambodia offered to assist.

“My wife Ruth and I chose this cruise because we had been on another Holland America cruise to Japan last year and were eager to see more of that country, plus other countries in that region,” Craig said via email. “This particular itinerary—Singapore, Thailand, Cambodia, Vietnam, Hong Kong, the Philippines, Taiwan, South Korea and Japan— was really appealing to us.”

Home now, the Stricklands aren’t accepting visitors just yet. They’ve placed themselves into a voluntary 14-day quarantine upon learning that a passenger from the Westerdam has tested positive for coronavirus.

“My wife and I, anticipating a call from the health agency, put ourselves on voluntary house quarantine,” Craig said.

They knew, before departure from Singapore, that there could be a glitch.

“Our big concern before we headed out was that the political situation and protests in Hong Kong would make for a difficult port visit,” Craig said. “There were no protests at all when we did visit, but Hong Kong did indeed prove to be the problematic port. The same day we visited, Feb. 1, was the day that a passenger from the Diamond Princess was found positive for the coronavirus in a Hong Kong hospital. The increasingly bad news about that ship put us immediately on the radar.”

How did you learn something was amiss?

The captain announced some itinerary changes. Our final port would no longer be Shanghai, but Yokohama (Tokyo). Our Hong Kong visit would be cut from an overnight to one day. The coronavirus situation had deteriorated badly by that time, with multiple new countries having reported cases within a few days.

Was the ship healthy?

The ship made regular announcements that there was no coronavirus on board.

And no country would accept you?

We set sail for Ishigaki, Japan, but at the last minute were declined on the basis that the port was too small and couldn’t handle processing us all for health screening. So it was onward to Naha, Okinawa (Japan). In short order, we heard that both South Korea and Japan had decided “no,” as well. The State Department got involved and inquired over landing at the U.S. territory, Guam. But the acting governor gave us a thumbs-down.

Where did that leave you?

We headed back to Thailand and had gotten a preliminary OK, then saw press reports that their health minister had decided against it. We proceeded toward Laem Chabang, the Bangkok port, until a Thai warship began escorting us. We finally sailed for Sihanoukville, Cambodia, which allowed us to port.

What about Shanghai, China, your original intended final port?

That was the only instance where we denied to port!

How did passengers react?

Most passengers rolled with the massive changes, some were very nervous, and a few were grumps. The crew was wonderful and handled everything very professionally.

What did you do the whole time?

Made the most of it. The cruise staff still put on wonderful entertainment, all areas of the ship were open, and the food was nonstop. They gave free pours of wine at dinner, gave everyone free Internet and free use of the ships’ telephones.

How did it feel to finally step ashore?

It was a relief to be on land again, but still a bit worrisome, since Cambodia is a third-world country. The prime minister set his helicopter down on the port immediately next to the ship and made a big show of hugging passengers and handing out flowers as we disembarked. He then had his military shut off traffic in the city, as we were driven in buses directly onto the runway of the small airport for chartered flights to the capital, Phnom Penh. We were grateful, but think it was largely a political move on the PM’s part to show support to his ally, China.

What are the financial and emotional outcomes?

I’m sure Holland America took a big hit. They were very generous with us. They refunded everyone the 14-day cruise, then gave each passenger a credit for another full 14-day cruise, and are paying for all flights home.

We flew out of Phnom Penh to South Korea, then Atlanta, then John Wayne. We were some of the last passengers to get out. As we were getting on our plane, the news came in that a passenger from our ship was found positive for the virus. As of this writing, Holland America has 400 hotel rooms in Phnom Penh filled with passengers awaiting coronavirus screenings. Some 200 more—plus 700 or so crew—are all still on the ship at the Sihanoukville port.

(Editor’s Note: As of Wednesday, Feb. 19, news outlets reported that the last of the Westerdam passengers had tested negative for the virus and had been allowed to disembark and travel home from Cambodia. More than 740 crew members were still on board while their testing was being completed.)

The moral of the story?

To be a happy traveler, you have to be flexible. As for us, we love Holland America and booked another cruise with them while aboard the Westerdam.