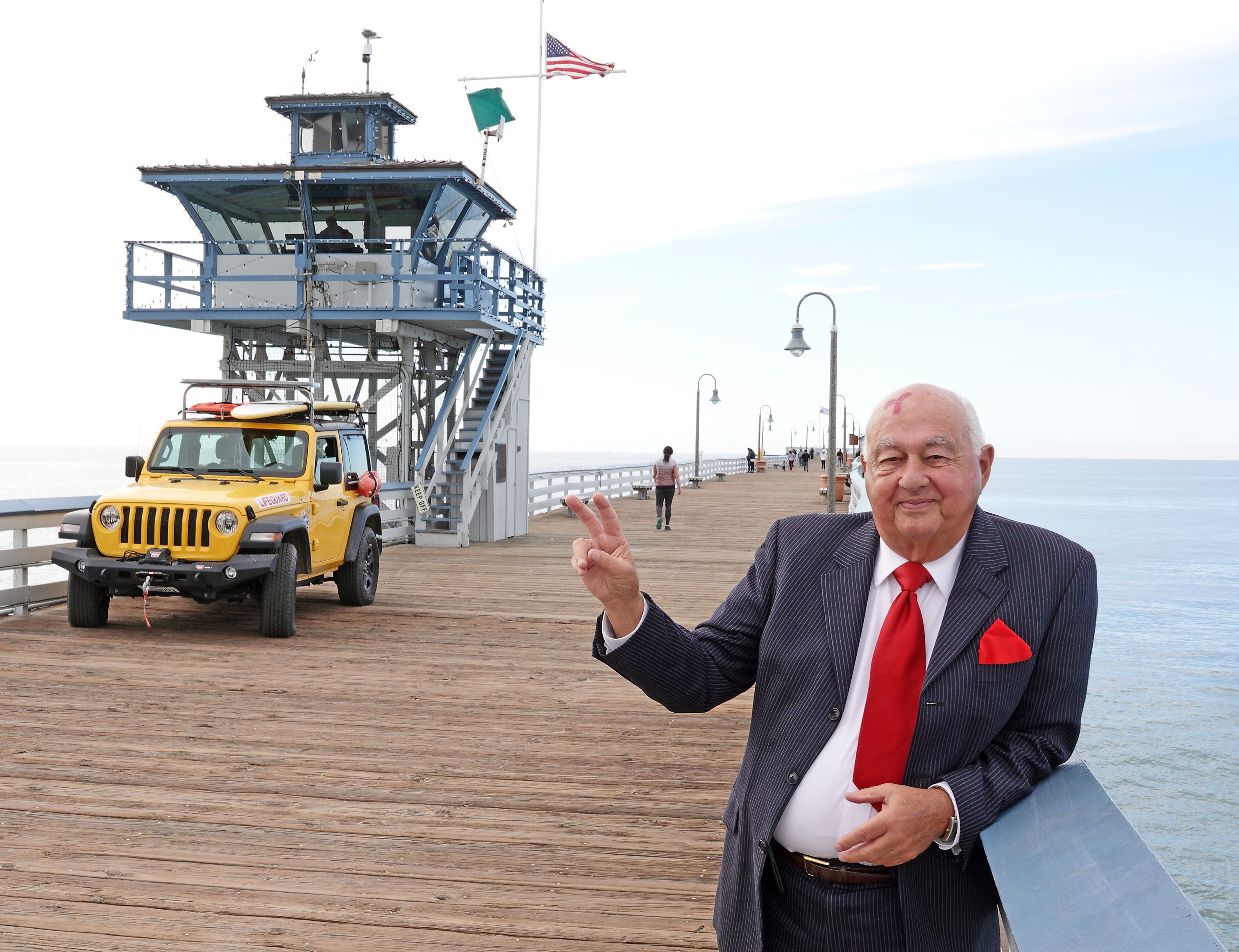 As everyone knows, late-night talk show hosts thrive on spoofing the President. All San Clemente resident Ronald Knapp can do is muse, “Been there, done that!”

Knapp did it one momentous day in 1988 in New York City while acting as a celebrity look-alike for Soviet Secretary General Mikhail Gorbachev, the man who ended the Cold War.

He became known as The Guy Who Got Trump, which is the title of a rollicking autobiography that Knapp and Adrian Windsor co-authored in 2013 in San Clemente, recounting escapades as “Gorby 2.”

In 1987, Gorbachev had achieved rock-star status in America as a refreshingly different kind of Soviet leader. Unlike the gruff, cold Soviet bosses of old, Gorbachev was friendly, smiling, and eager to end animosities.

President Reagan, on a visit to West Berlin, sought to coax his Soviet counterpart by delivering a historic speech: “Mr. Gorbachev, tear down this wall!”

Knapp, then living in Huntington Beach, had won a Gorbachev look-alike contest in Hollywood. He conceived a music video, “Rock the Wall,” in which he, as Gorby, sings, dances and rides a construction ball. It explodes into the Berlin Wall, smashing it.

Multitudes pour out through the hole, from Communist East Germany into the freedoms of the West, exulting. This was filmed two years before the Berlin Wall actually fell in late 1989.

The Gorbachev impostor’s big day came on Dec, 7, 1988, when Gorbachev arrived in New York City to address the United Nations.

Trump later insisted he recognized it was a gag. The video doesn’t support that. “It’s a great honor, very nice,” Trump tells the impostor.

When Fox TV reporter Gordon Elliott tells Trump “we hope we didn’t disturb your schedule,” Trump insists it was no problem, coming down to meet the man. “No, it was beautiful,” Trump says, “and I heard and I couldn’t have been happier. Good luck with everything.”

Moments later, Elliott winks into the camera, saying he thinks Trump finally got it.

Gorby 2 became an instant celebrity. “Rock the Wall” appeared on international TV. Knapp was in demand across America, impersonating Time Magazine’s 1987 Man of the Year and 1989 Man of the Decade.

Asked to “do something Russian” at a Car of the Year auto dealers’ party, Knapp mimicked a tantrum that former Soviet boss Nikita Khrushchev had once tossed at the United Nations. Taking off his shoe, Gorby raised it to pound on the hood of the car. The crowd erupted.

There were seven appearances on Johnny Carson’s Tonight Show, Knapp relates in his book. Try to picture Carson, impersonating Reagan, sparring with Gorby.

Knapp could actually blurt out Russian convincingly. He had memorized a Volkswagen commercial.

Decades later, Knapp ran into Carson’s TV sidekick, Ed McMahon, at a San Clemente supermarket. “We talked for half an hour,” Gorby recalled.

When Russia brought the world’s biggest cargo plane to an event in San Diego, the crew, fascinated with this Gorby impostor, asked if all Americans were like him.

“Nyet!” he replied. “The other half are women.”

Once, meeting a World War II veteran who wanted to thank Gorbachev because Russians had freed him from a concentration camp, Gorby signed a photo for him. ”He kissed me, with tears running down his cheeks,” Knapp recalled.

Knapp said he turned down appearances that would’ve made Gorbachev look bad for laughs. He respected Gorbachev. The Soviet ambassador to the United Nations once thanked him for handling the role with dignity and respect.

Today, there isn’t much market for Gorby 2.

“Young people don’t even know who Gorbachev is,” Knapp said.

He met Gorbachev at an event in Anaheim, years after the general secretary had left office and was on a speaking tour.

Wearing the birthmark, Knapp sat in with a choir, lip-syncing songs, with Gorbachev in the audience. Afterward, Gorby 2 was mobbed by attendees wanting autographs. No one could get past guards to the real Gorbachev. After the event, Knapp found himself face to face with the real Gorbachev.

Knapp, a U.S. Army veteran, corresponded with Trump, little realizing Trump would be elected president. He said he sent Trump an American flag with a letter signed by veterans at his American Legion post and Trump, realizing who it was from, sent Knapp a “VIP for Life” certificate, which Knapp is proud to have.

“He didn’t care; he just liked me,” Gorby said.

ANOTHER SIDE OF ‘GORBY’

For more about the 2013 book The Guy Who Got Trump: Outrageous Adventures of an Audacious Impostor, or to watch a video of the 1988  Trump incident, or to view Knapp’s Gorby music video “Rock the Wall,” visit gorby2.com.

For a gripping work of fiction, based on a true story related by Ronald Knapp, check out Adrian Windsor’s book, published in 2019, The Butcher from McGregor.