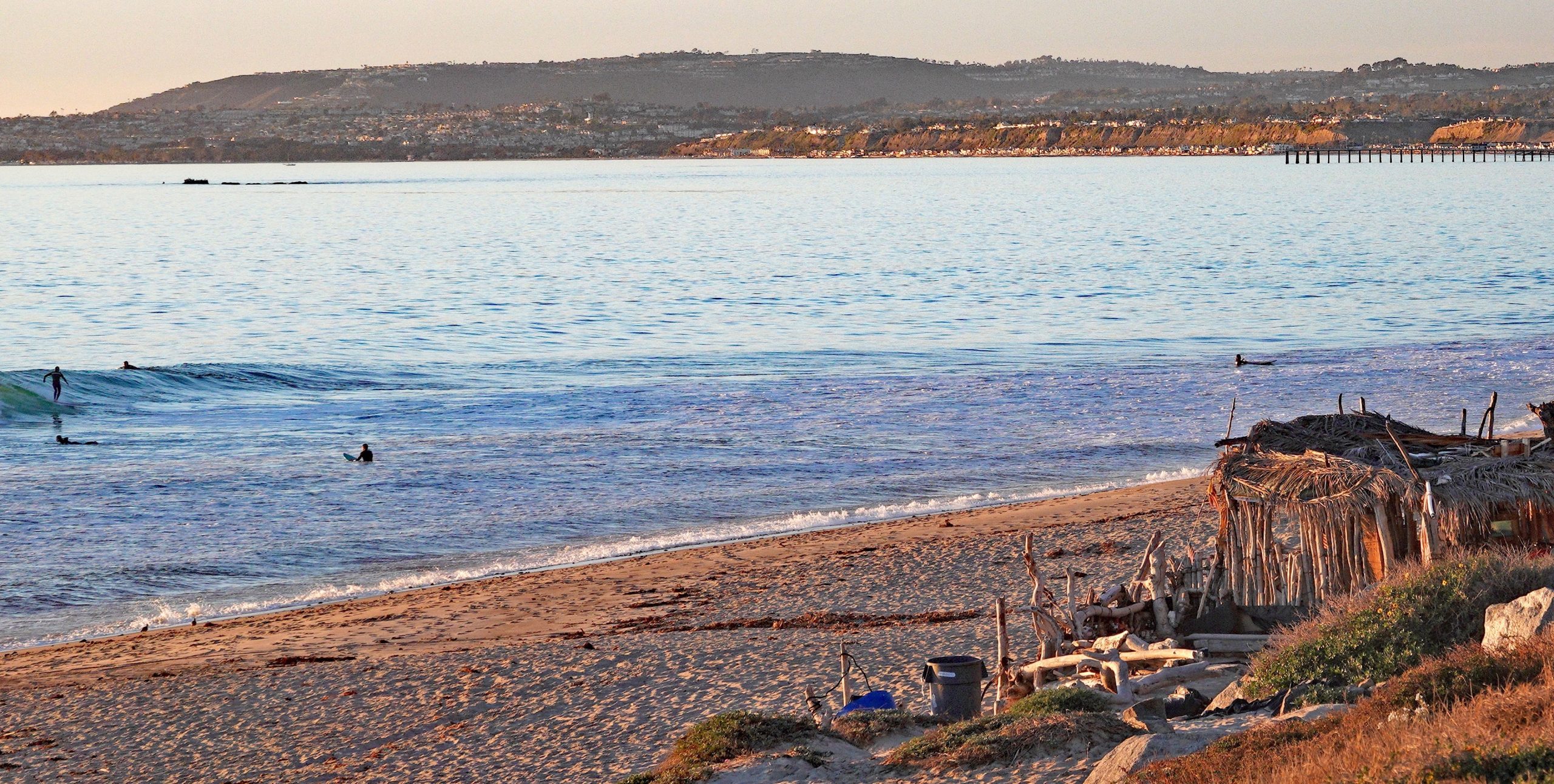 Imagine this: a breakwater that extends from the end of the San Clemente Pier south to Seal Rock.

In February 1928, town founder Ole Hanson was preparing to build a 1,200-foot-long pleasure pier for San Clemente. He also contemplated creating “a shelter and anchorage for small boats.”

If he’d done that, there would be no surf at T-Street.

Would the surfing world have had to go without generations of international-class San Clemente surfers who grew up refining their skills at T-Street? And what about rippers at Lasuen and Riviera, left with no surf long before they were born?

Would San Clemente surf kids instead grow up to be yachties, or to travel the world crewing aboard other people’s sailing craft based at the San Clemente anchorage?

In theory, Ole could have beaten Dana Point by 40 years building a harbor.

From time to time, it’s fun to fantasize about things that might have been but never materialized in San Clemente. Love it or loathe it, Ole Hanson’s jetty idea comes to mind.

Through the decades, other concepts have looked into building harbors at various locations across the Capistrano Bay, which spans from Dana Point to Cotton’s Point. Dana Point Harbor is the only boaters’ dream that came true.

I learned about this would-be San Clemente breakwater from a photocopy I have of the front page of El Heraldo de San Clemente for Feb. 24, 1928.

A banner headline on Feb. 24, 1928 proclaimed, “San Clemente is the Richest City per Capita in the United States of America.” Indeed, it may have been. The Spanish Village was born—created from scratch as a beach resort—barely two years earlier. White stucco buildings with red-tile roofs were popping up all over town.

Under Ole’s strict design standards, there would be no cheap wooden shanty housing within the city limits. Virtually every person building a home or business would’ve had to have resources enough to enhance the Spanish Village’s charm. And so they did—until an October 1929 stock market crash plunged America into The Great Depression.

El Heraldo’s Feb. 24, 1928 front page didn’t back up the banner headline’s “richest city” claim with a news story. An earlier week’s newspaper may have already carried an article, and perhaps the Feb. 24 paper was just gloating about it.

WHERE TO PUT THE PIER?

Feb. 24’s most prominent news story announced that a U.S. Coast and Geodetic Survey vessel had arrived offshore, scouting the most suitable location for our pier.

Initial thought was that the pier should be directly in front of a railroad underpass that already existed. That had to be confirmed.

Try to picture our pier somewhere north or south of that underpass, not smack in the middle.

“The pier will be constructed in such a manner that if practicable in the years to come, a breakwater can be constructed from the end of the pier over to the Seal Rocks, making a shelter and anchorage for small boats,” El Heraldo announced.

MORE THAN JUST A GIFT

“This fishing pier,” the newspaper predicted, “will be one of the greatest assets to the city and will doubtless attract many visitors as well as home seekers who would otherwise not come to the Spanish Village.”

So the pier, at least partly, was meant to help sell property, help fill all those vacant lots along meandering streets with Spanish-style homes, door to door.

“The city of Oceanside has recently completed its municipal pier, and it is proving one of the greatest attractions of the city,” El Heraldo trumpeted.

Feb. 24’s second-biggest story headline announced that voters had overwhelmingly approved San Clemente incorporating as a city. A special election had been held on Feb. 21.

SOME OTHER HEADLINES THAT DAY

Mrs. H.H. Cotton Much Improved: The wife of San Clemente’s chief financial backer “was tripped by her dog last week,” the story said. “She was leading her dog on a leash when the animal became excited and, in some way, managed to trip its owner. She was unconscious for some time after the accident, but it was learned when the doctors arrived that the injuries, while painful, were not serious.”

Chairs for Auditorium: “The new theatre chairs which have been purchased for the auditorium of the school house will be shipped to San Clemente sometime next week. There are 240 chairs in the lot, of which 105 are new upholstered folding theatre chairs, and the remainder are wood veneer.” The chairs were moveable, meaning the floor space could be used for dancing, for presentations or films. The Chamber of Commerce, Ole Hanson and a benefit performance helped purchase the seating.

Boulevard Stop Signs Erected: “The Automobile Club of Southern California has erected boulevard stop signs at all intersections with El Camino Real in San Clemente. The traffic on side streets in San Clemente has reached the point where this step has been considered necessary, and this action on the part of the Club will doubtless prevent many accidents. Signs have also been posted at either end of the city limits, defining 15 and 20 mile per hour speed limits through the city.”

Before long, San Clemente became notorious as a speed trap along U.S. Highway 101.