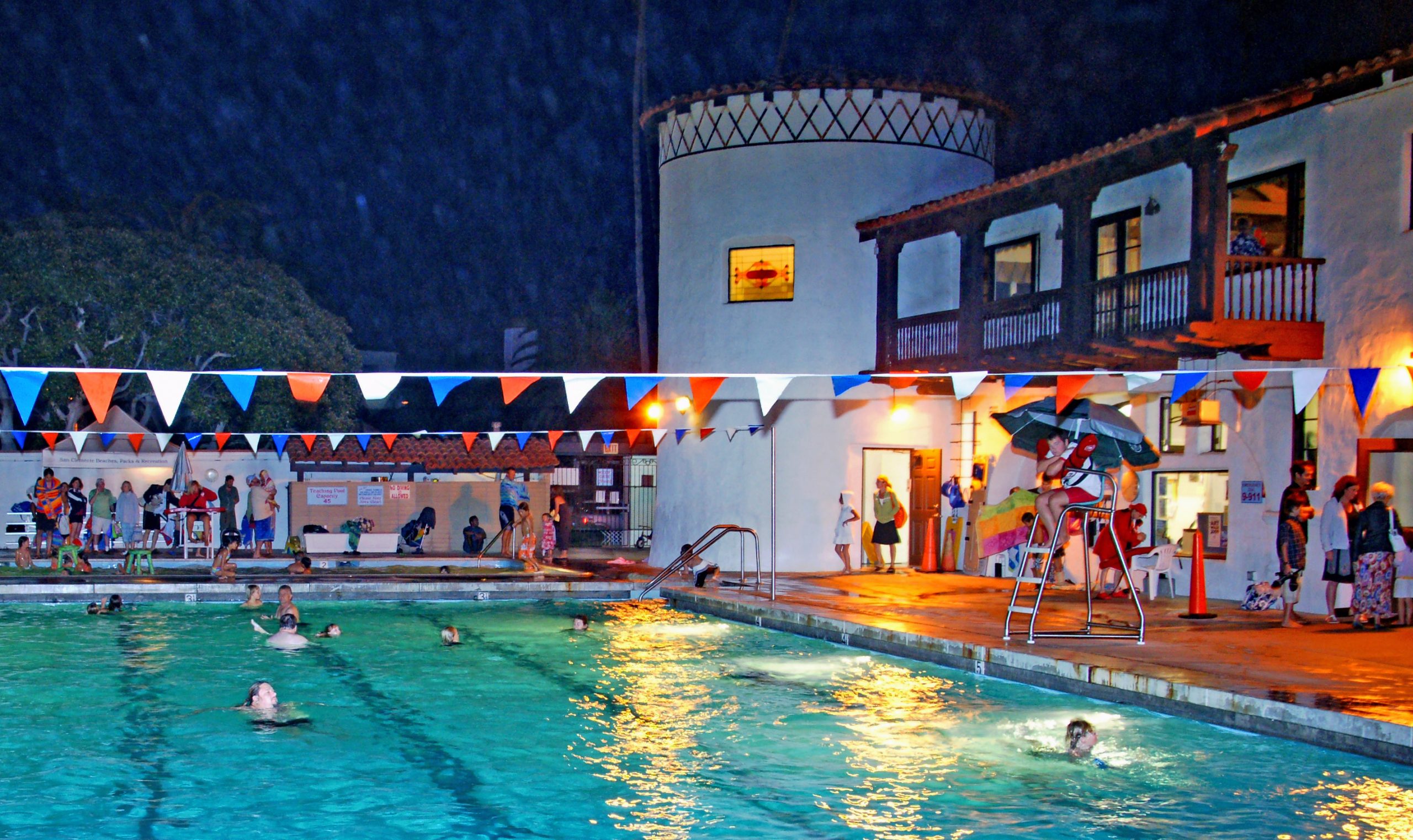 Ten years ago, in 2011, San Clemente retired one of the best-loved family activities that had been held for several summers on various Friday nights at the Ole Hanson Beach Club.

Wouldn’t it be so cool for the city of San Clemente to reestablish the event known as “Island Nights,” starting again in the summer of 2022?

It attracted lots of people — admission was $4 for adults, $3 children. At one event, we reported 350 people, which was impressive, because word had spread by mouth and by Facebook that summer.

In the spring, the event had been facing budget cuts but was resurrected on public appeals, too late to appear in the city’s summer recreation magazine.

Island Nights events offered swimming, games, crafts for children on the deck level. Upstairs, there was live island-style music that people could sit and listen to, sit together at a table for the music or stand up and dance.

Outside, on the second level of the beach club, a meal might cost, say, $8 for adults, $5 for kids. Separately, beer and wine could be available. People would sit at tables on the outdoor deck and could watch the sunset while watching people downstairs swimming in the pool.

Different local restaurants would provide a particular night’s foods, reasonably priced. Everyone seemed to have a great time.

WHY IT SHUT DOWN

I do remember why 2011 was the final year of Island Nights. It was because the then-83-year-old beach club was aging, about to be shut down to evaluate needed structural and space utilization renovations.

Evaluation and escalating costs for a beach club upgrade wouldn’t be completed, and the landmark facility reopened, until 2016, after a $5.6 million renovation.

Island Nights never reappeared after the reopening, so why not do it now?

HOW IT COULD WORK

Perhaps the city’s contractor, 24 Carrots, which caters all events, could work with the city to restore this city-organized recreation celebration of the 1928 historic swimming pool complex and make Island Nights available at what was a reasonably similar price level up through 2011.

Bringing back such a fun summer event, maybe three or four evenings a summer, it’d also be a great promotion for the beach club. It could help 24 Carrots demonstrate how treasured the beach club is and what a great venue the Ole Hanson Beach Club is for public events, too.

Anyone who used to attend Island Nights will likely remember some of the island-style food offerings such as Hawaiian plate dishes, Iva Lee’s cuisine, El Patio and music by such island-style bands as Steel Parade, Panjive, Jaloa or Tapua or the Suns of Ja.

Attendees who just wanted to attend but didn’t want to spend on food could just pay the basic admission, spend the evening with family in the big pool or the little pool, or spend time with family and friends while inside downstairs, as the city offered children’s games and crafts.

Who could forget such a truly happy event open for the community at a reasonable price?

Among the rules, you needed to pre-register, so the city would have advance idea how big a gathering to expect. But the city also could then let walk-ins pay cash at the door if there indeed was capacity for them to get in.

And the city didn’t accept swim passes as admission. These were special events.

I’m confident the renewed Island Nights experience would inspire some attendees to want to return to the Ole Hanson Beach Club to plan a wedding, an anniversary, a party or whatever on their own time at the historic oceanfront gathering place.

Up through 2011, you could attend beach concerts at the pier or Linda Lane on different summer evenings than Island Nights at the beach club. And the city offered an occasional movie on select evenings at parks or beach venues.

Those all worked well together.

Maybe the Beaches, Parks and Recreation Commission, the Friends of San Clemente Foundation and the city council can discuss reviving a one-of-a-kind way—Island Nights—to celebrate a few of those summer sunsets at North Beach.