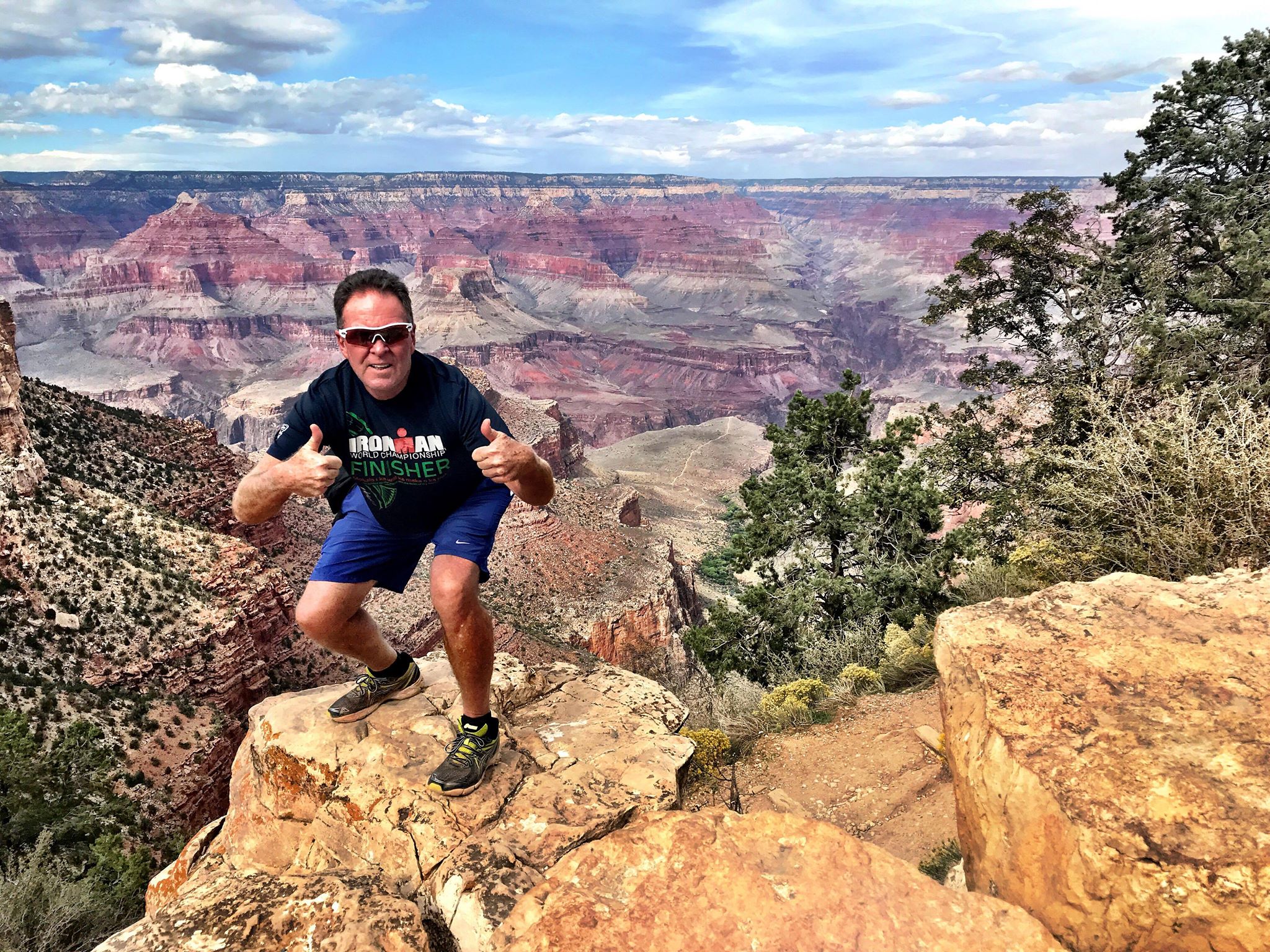 You’ve likely crossed paths with Jack Daly on the beach trail. He’s a regular—out for a run, pausing to photograph a flower in the early morning dew, a passing train, a pelican or San Clemente’s golden sandstone bluffs before sunset.

Except when he’s not.

If only you knew what he’s up to on days you don’t see him.

Maybe playing golf in Atlanta or Scotland, giving a business/motivational talk aboard a cruise ship in the Caribbean or running a marathon at the North Pole.

In February, he posted on Facebook a picture from the San Clemente Pier, disclosing that he was about to depart for Dubai, Kathmandu, Delhi, Bhopal, Raipur, Hyderabad, Pune, Mumbai, Bengaluru, Coimbatore, Sri Lanka and Copenhagen.

Facebook fans got to travel along with him, picture by picture.

Daly—an entrepreneur, sales coach and best-selling author—travels the country and overseas to motivate audiences to get more from life and become more successful on multiple levels.

On the road, he’ll find time to work out, play golf, maybe run a triathlon and embrace local culture, even while hopping between airports, hotels and presentations.

On a recent trip to Philadelphia, he took Facebook followers on an impromptu tour. It was like Rocky Balboa on the run, snapping photos street to street, landmark to landmark, including a selfie at Philly’s monument to Rocky.

When I met Daly in 2010, his goals included playing the 100 top-rated golf courses in the United States, completing a marathon in all 50 states and doing a marathon and triathlon on every continent.

He actually keeps track of a rather remarkable bucket list. Visiting every presidential library is just one item he’s checked off.

Three months ago, he posted a snapshot of 2018:

And 2018 was quite a slower pace than the typical frenetic year Daly had mapped out for himself annually since 1992, when he began articulating this passion to live life to the fullest.

He just turned 70. In our 2016 interview, he’d hinted at scaling back, spending more time at home, more time with wife Bonnie and with his grandkids. And so he did.

He’s as energetic as ever but more reflective. In 2018, he dedicated a picnic table at Linda Lane Park to the love of his life, Bonnie, whom he had lost after 47 years, to pancreatic cancer in 2017. She had been his right hand, helping plan his trips so that he, and they, could balance work with play. She joined him on choice trips, including the Greek Isles, Australia and lots of Americana.

Visiting Bonnie’s picnic table was one of the first things he did upon his recent return from halfway around the world.

Next time you see him on the beach trail, smile and say, “BAM!”

My guess is you’ll receive a wink and a warm San Clemente smile.

Fred Swegles is a longtime San Clemente resident with more than 48 years of reporting within the city.