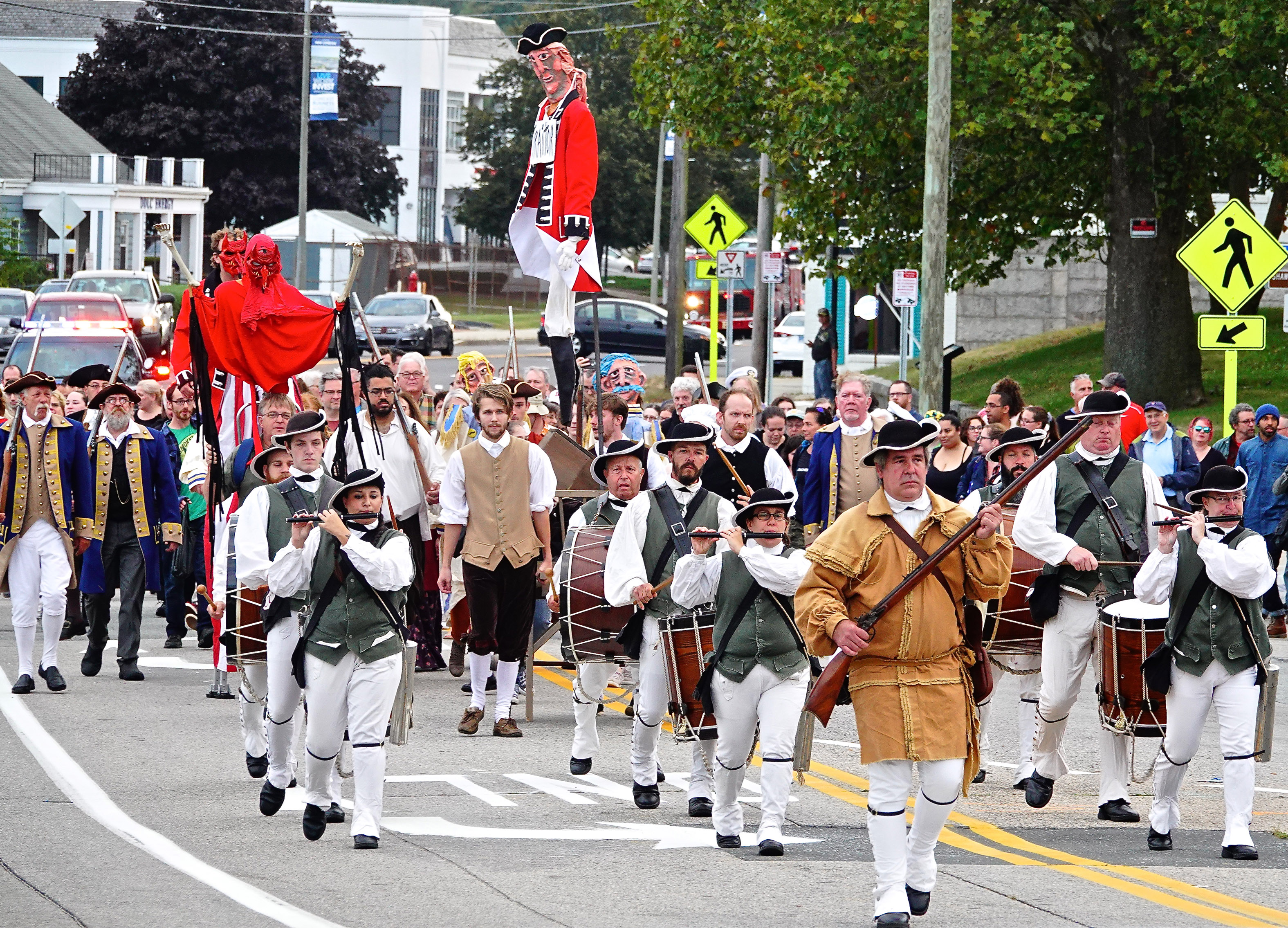 How do you react, upon learning you are a distant cousin to the most notorious traitor in U.S. history?

Tell no one? Run to the bathroom in shame? I did neither. I owned it.

I devoured four books about Benedict Arnold. Purchased a movie. Googled him, YouTubed him. Visited places he lived, worked, fought and betrayed after switching sides in the Revolutionary War. I traveled to his final residence and burial place in London.

Then I put together a song about him, reflecting the complexities of Benedict Arnold’s story—circumstances we kids didn’t learn in school.

To us, he was just the turncoat. “You Benedict Arnold!” we kids would playfully taunt each other. Now I know his side of the story—his sacrifices, grievances and disillusionment—alongside documented agonies felt by the many victims of his betrayal.

In September, I attended the seventh annual Burning of Benedict Arnold Festival in New London, Connecticut.

New London is a seaport whose privateers (pirates) harassed British shipping during the Revolutionary War. It’s a town where traitor Arnold is not fondly remembered by his former neighbors. He was born nearby, upriver in Norwich, emerging as a patriot leader and a war hero. On Sept. 6, 1781, as a British general, he burned New London to the ground while, across the river, other British troops in his party massacred Fort Griswold’s defenders.

For 100 years, New London remembered with an annual burning of Benedict effigy. Then it fell by the wayside.

In 2013, New London’s Flock Theatre revived it, scripting a two-act outdoor play in which role players relate townspeople’s personal horrors of Arnold’s inferno. An Arnold role player tries to explain himself. The verdict? For this audience, it’s always, “Burn the traitor!”

This year, two picketers showed up with signs, “Free Benedict Arnold. . . . Before he was a traitor, he was a HERO!!!” The picketers did not prevail.

From New London, I traveled to Philadelphia for the 2019 conference of the Fuller Society, a group of Mayflower descendants. My ninth-generation great-grandfather, Edward Fuller, sailed to America in 1620 aboard the Mayflower.

San Clemente resident Fred Swegles dressed as Benedict Arnold, preparing to perform a melodic script and a history-based song at the 2019 meeting of the Fuller Society in Philadelphia. Photo: Fred Swegles

At the conclusion of a two-act outdoor play, role players parade an effigy of Benedict Arnold through downtown New London, Conn., to the docks as part of the Flock Theatre's Burning of Benedict Arnold Festival. The drama reenacts historical events. Photo: Fred Swegles

Each year, Fuller Society members meet in some historic venue and do history tours together.

Dressed in a Redcoat costume, I recited a lyrical monologue that I’d scripted, explaining how hero Arnold became disillusioned with the patriot cause and sold out for money.

Then I sang my song, a spoof on Elton John’s iconic “Bennie & the Jets.”

I asked the audience: Wouldn’t it be cool if Broadway could produce a lively, stirring musical about Benedict Arnold? And who better to portray dear Bennie than flamboyant Sir Elton John, or an Elton John actor? Can’t you picture Elton, behind his piano, beneath flashing multicolored lights, singing “Bennie,” wearing a bright red King George III Army uniform?

It’s been fun, since joining the Fuller Society in 2013, pondering, every November at Thanksgiving, how my ancestors had made a very risky move to America for religious freedom, 399 years ago.

Now I also can count Bennie as part of my American heritage.

My genealogy-savvy sisters Barbara and Valerie recently discovered that our family also is descended from Edward Wightman, the last soul burned at the stake in England as an alleged heretic, in 1612.

One of our Wightmans, Abraham, was born in Norwich, Connecticut in 1761, 20 years after Bennie’s birth there. Married to a distant cousin of Arnold, Abraham served in a militia that rushed to try to assist the New Londoners battling Arnold’s 1781 inferno.

How’s that for a twisty family tree?

With that said, and with apologies to Sir Elton John and lyricist Bernie Taupin, here is my heretical parody of their song:

It’s the biggest news of the day, let’s all shout it

American history’s about to turn around

Benedict Arnold’s defected to the crown

George Washington, have you seen him yet?

Ooh, but he’s all decked out

He looks so wild in that Red turncoat

Bennie he’s really … a sight to be seen

He’s got his British boots

You know I read his saddlebags are full of British currency

It’s me, I’m Bennie, I never got the credit

For saving Saratoga, I made those Redcoats dread it

I took a bullet … General Gates took the glory

The colonies have forsaken me, now I’ve found true love

George Washington, can you see me now

Ooh, such a turnabout

Oh, oh just wait, till I burn Richmond, Philadelphia will not stand

Your army’s in collapse, I’ll save your hides, perhaps

I’ll bring back law and order to this troubled land

As a brigadier general, I earned my British pay,

After burning Richmond, it’s my neighbors I betrayed

I burned New London, it’s the county where I’d frolicked in my youth

My former friends can’t stand me, but burning me in effigy’s SO UNCOUTH!

War’s over now, and I’m London-bound

A royal welcome will be there for me

But I can’t get no respect

Connecticut my home despises me

I burnt my bridges there

Betrayed my homeland where

I grew up championing this land of liberty

Oh, no, Bennie’s face is red