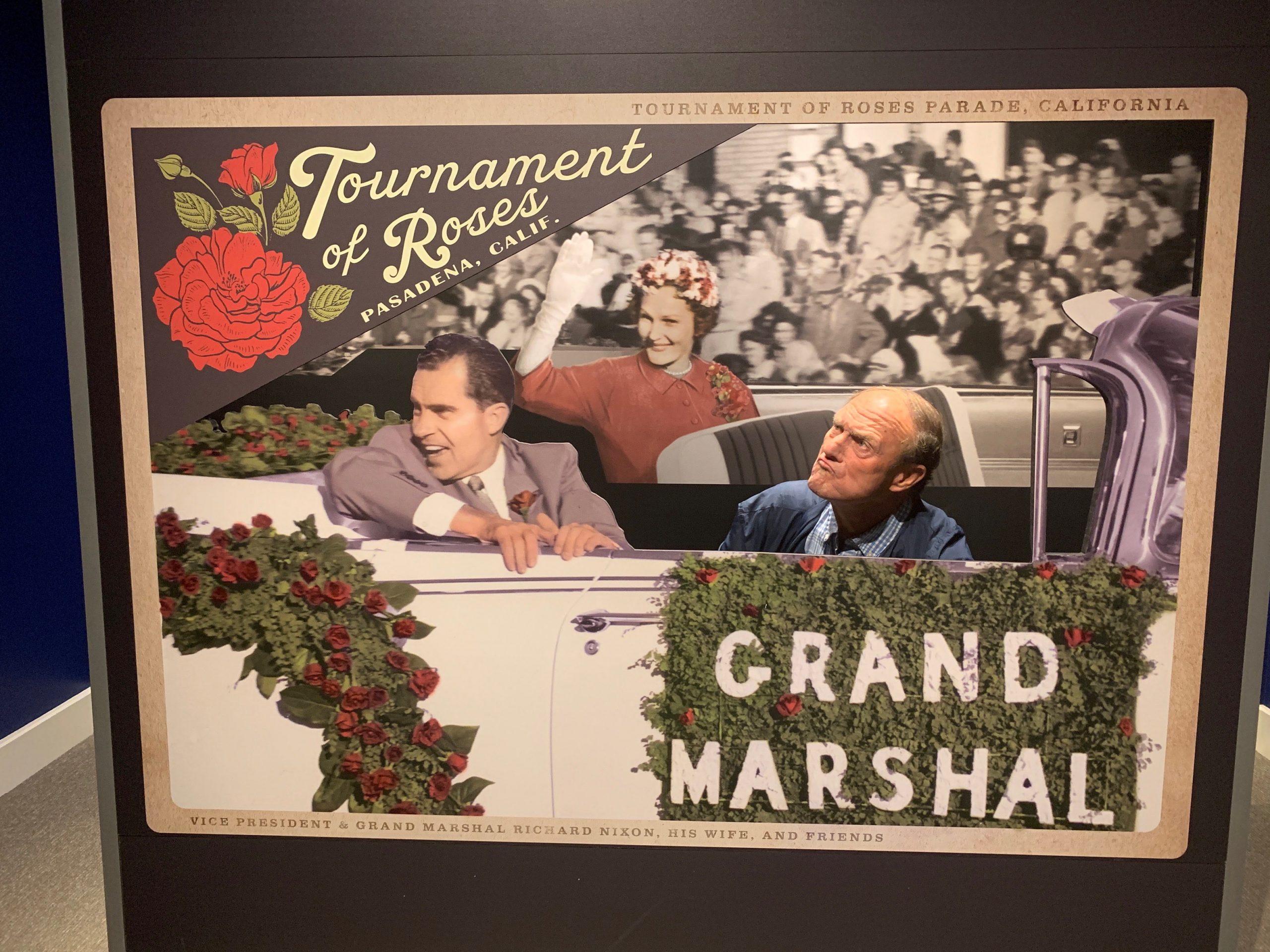 CoastLines: Let’s Visit the Nixon Library That Got Away from San Clemente

What if you could visit President Nixon’s elegant former San Clemente home, gazing outside at the ocean view he woke up to every morning?

Maybe it’s time to put the Richard Nixon Library and Museum on your bucket list, once the library reopens from its coronavirus closure.

One of the featured exhibits describes the San Clemente estate that Richard M. Nixon and wife Patricia owned from 1969-80—a home he called La Casa Pacifica, the House of Peace.

You can walk into a recreation of the President’s study, with its picture-window view of the Pacific.

There’s a diorama of the home and an aerial photo of both Casa Pacifica and a former Coast Guard station next door, offices that became the Western White House. From 1969-74, President Nixon administered the nation’s affairs from there while in residence.

I made visits there, as a young reporter, from 1970-74, photographing presidential arrivals, departures, news briefings and events.

The Nixon Library’s San Clemente photos include images of the Nixon family and of the resident hosting Soviet leader Leonid Brezhnev, greeting then-California Gov. Ronald Reagan and conferring with NASA’s director about the impending development of a reusable space vehicle.

I can remember taking a photo in Nixon’s office the day he announced America would develop a space shuttle. He displayed a model that proved to be very accurate.

Visit the Nixon Library, and you can take photos of yourself, imagining yourself as the President, sitting at his desk in the White House.

I did that in a recreation of the Oval Office, imagining myself making a world-changing telephone call.

In another photo taken at the Nixon Library, I’m seated within a cutout photograph of then-Vice President Nixon, when he was grand marshal of the Rose Parade. I’m seated next to Dick and Pat as they wave to parade fans.

I visited the library on Feb. 25, not long before the coronavirus pandemic led to its closure.

“What do you mean you’ve never been to the Nixon Library?” I’d been asked more than a few times over the years.

As many readers know, San Clemente was Nixon’s first choice as the site for his Presidential Library. The donated site was land tied to a controversial Marblehead Coastal development. In 1987, the Nixon Foundation abandoned that site to instead build on land at his birthplace.

When the library opened in Yorba Linda in 1990, I shrugged. I never paid a visit.

What swayed me to visit after all these years was a Facebook photo I saw of San Clemente resident Jack Daly visiting the library, grinning as he stood beside Mr. and Mrs. Nixon in a cutout photo of the Nixons touring the Great Wall of China.

“I want to be in that picture!” I thought, smirking.

When I went to the library, the Great Wall photo cutout was no longer on display. I had to settle for photos of me in the Oval Office and in Dick Nixon’s convertible in the Rose Parade.

The rest of the library is a fascinating time warp. Whether you adore or abhor Nixon, who left a mixed legacy, you can learn lots you didn’t know about the life and times of the nation’s 37th President.

The museum relates his life story in photos, videos and exhibits. One interactive exhibit, titled “Tough Choices,” asks visitors how they would advise the President on pressing issues, based on information available to him.

You can tour his birthplace, a modest Yorba Linda home outside the library’s doors. You can learn about his upbringing, education, Navy service in the Pacific during World War II, postwar entry into politics, service as Vice President, 1960 loss to JFK and failure to win the 1962 California gubernatorial race. By 1968, he managed a dramatic political comeback, winning the Presidency.

Exhibit rooms bring to life the turbulent 1960s, the Vietnam War, U.S.-Soviet rivalries, Nixon’s bold move to establish relations with China, First Lady Pat Nixon’s role at the White House, images of Nixon in popular culture, his landslide reelection in 1972, his enemies’ list, the Watergate scandal, his 1974 resignation, his seclusion in San Clemente and his ultimate reemergence as an elder statesman, world affairs author and mentor to other Presidents.

The Watergate scandal exhibit is extensive, from Nixon’s early denials to his ultimate acknowledgment he had failed the country.

There’s a quote from President Bill Clinton, following Nixon’s 1994 death, asking America to judge Nixon on the entirety of his career, not just the scandal that brought him down.

“After he died, I found myself wishing I could pick up the phone and ask President Nixon what he thought about this issue or that problem,” Clinton is quoted as saying. “I appreciated his insight and advice, and I’m glad he chose, at the end of his life, to share it with me.”

Visit nixonlibrary.gov for virtual tours, details and to look for updates on reopening.