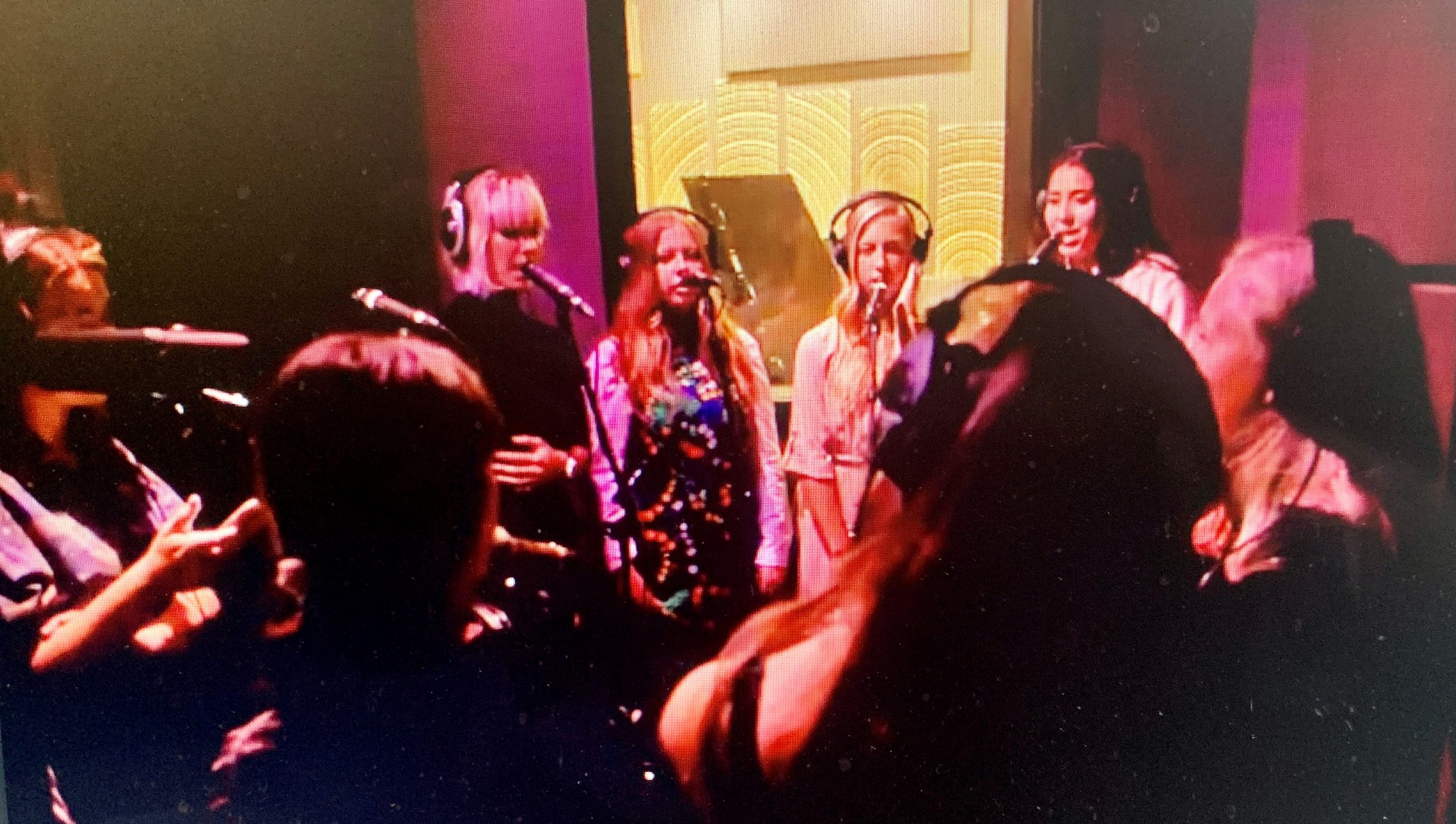 CoastLines: Local Students Were Contenders for This Year’s Grammys

Who would guess that 21 high school and middle school students could earn nominations to compete for the pinnacle of American music, the Grammy Awards?

When the 63rd Grammy Awards telecast airs this Sunday, March 14, at 5 p.m. on CBS-TV, Lilah Kopenhefer of San Clemente and fellow performers from Los Rios Rock School of San Juan Capistrano can say they were contenders in two categories.

They were thrilled to be recognized for the musicianship they exhibited in recreating The Beach Boys’ iconic 1966 album Pet Sounds.

“We didn’t make it onto the ballot,” said Tyler Marolf, Los Rios’ founder. “There’s only five per ballot. Not ending up on the final five of the ballot, it was sure awesome to get that far.”

“I feel so good about it,” Kopenhefer said. “It made me more inspired to keep on playing and to know that anything could happen. Crazy!”

Pet Sounds was one of the most complex, game-changing musical productions of its time, an era when rock music was advancing by leaps and bounds. When Kopenhefer, 18, signed up with Los Rios for guitar lessons at age 12, she never dreamed her horizons would expand like this.

She knew, going in, that Los Rios students periodically get to pick a favorite song to play at a live show, perhaps at The Coach House or House of Blues, performing with other students with whom they’ve been practicing.

What is unique about Los Rios Rock School, said Marolf, who started it in 2010, is that students also can audition to create an ensemble to learn an entire album and record it, faithful to the original. In some cases, they’ll perform it live.

Los Rios announced last fall that its recording of Pet Sounds and a video of the kids’ May, 2019 recording session had scored nominations in two Grammy categories—Best Traditional Pop Vocal Album and Best Music Film.

The 43-minute film showcases the students’ skills performing 13 tracks from Pet Sounds, plus two bonus tracks. The students brought Pet Sounds to life in one long, exhilarating day at Hybrid Studios in Santa Ana. It was a satisfying reward after three months of learning and rehearsals.

A SHIFT IN THINKING

Pet Sounds isn’t the typical music you would expect to hear teens listening to today.

“There are no shredding guitar solos, no belted high notes or raspy screams, no heavy drum fills,” project director Clint Haycraft said on Los Rios’ website. “It demands another brand of musicianship—one that emphasizes dynamics, nuance, blending and tone.”

Los Rios’ instructors not only had to sell the kids on the music but had to break down each song, isolating each element, each instrument, each harmony and how musical genius Brian Wilson created certain hard-to-define sounds, so the students could replicate them.

The kids—most of whom were only familiar with a few tracks such as “Wouldn’t It Be Nice” and “God Only Knows”—embraced the album. They bonded as they mastered it, broadening their musical appreciation, Haycraft said. The video ends with “I Get Around” and “Good Vibrations.”

“It sounded very difficult to cover,” said Kopenhefer, who was the lead vocalist on “I Just Wasn’t Made for These Times.” She sang harmonies on most of the other songs. She played guitar on a handful.

And there was this dubious challenge for young rockers: “They had to play quieter than they were used to,” Haycraft said.

“There are so many different parts,” Kopenhefer said. “Every song pushed me more to do it. It’s so cool that we got to play all those parts.”

Anna Moellenhoff, from San Juan Capistrano, had the lead vocal on “That’s Not Me.”

“I was learning to control my voice and not overpower the rest of the track,” Anna said on Los Rios’ website. “It took time, but I loved every step of the way, because it made me into a better singer. I learned so much about my voice and how to record in a studio.”

LET’S DO AN ALBUM

— Queen’s A Day at the Races: Had 19 vocalists in a choir. “A different Freddy Mercury would come out of the choir for each song, a different lead vocal,” Marolf said. To reproduce guitar riffs that Queen’s lead player had overdubbed on the recording, a guitar ensemble learned each riff and harmonized them. “That’s how we made the live show sound like the album exactly,” Marolf explained.

— About Van Halen 1: Los Rios’ kids rerecorded it on its 40th anniversary at Sunset Sound, the same studio room as the original. “We’re going to release that in a full-length movie just like Pet Sounds,” Marolf said.

“As the guy who has worked with Pet Sounds and the Beach Boys’ recordings more than anyone, I wanted to congratulate everyone involved in the Pet Sounds recording by the school’s students. The renditions are all great, and several reminded both myself and my partner Alan Boyd of the excitement we felt when hearing the Pet Sounds album for the first time.”— Mark Linett, record producer/audio engineer who has worked with Brian Wilson and many others, and has won three Grammys.

Where: Hangar 24 in Irvine, a large turf area outdoors seating 900 people, currently being limited to 200 to 300 for social distancing.

Admission: $15. Bring a blanket or chairs. It’s attached to a brewery and a restaurant. Write to tickets@losriosrockschool.com.