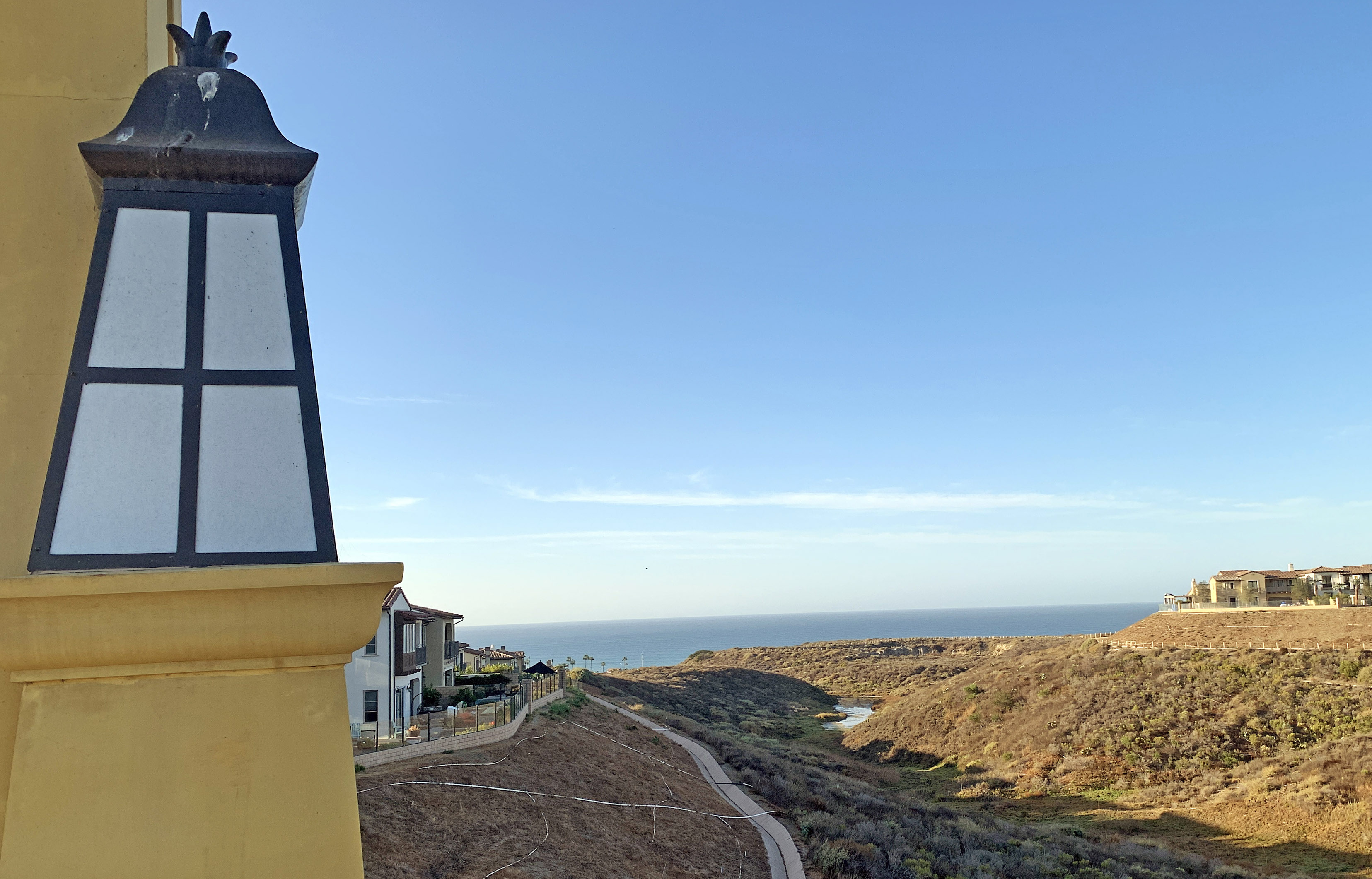 A Far-Different 1968 Vision Led to What We See Today

That was a key aspect of the original development plan conceived by Brigham Young University in 1968, after the university had acquired a sprawling 1,150-acre San Clemente property known then as the Reeves Ranch.

I discovered the rather intense 1968 plan recently while exploring microfilmed news archives at the San Clemente Library. “BYU reveals plans for huge project,” the headline read. I hadn’t seen it before. I was away from San Clemente then, attending college.

Today, by comparison, the 248-acre site we’ve known for decades as “Marblehead Coastal” is home to 309 homes in the Sea Summit development, parks, wetlands, trails and the Outlets at San Clemente.

Surrounding the 1968 plan’s lakes were to be clustered communities, pedestrian and horse trails, a 120-foot-wide avenue and multi-level dwellings on terraced bluffs. BYU wanted to build an auditorium into the bluffs and a boardwalk to the beach across Coast Highway.

“Right now, the Reeves Ranch is mostly vacant,” I wrote in 1972. “The hilly 750-acre parcel east of the freeway was formerly a motorcycle park and now is used as grazing land. The westerly 300-acre parcel is partially being leased as a tomato field. A Mormon Church is being built at the northerly end.”

The plan then included “a row of three- to six-story apartment buildings terraced down the bluff toward Coast Highway,” I wrote. “Among the major streets within the development would be extensions of Camino San Clemente and Via Socorro. The city is planning a major public park near Socorro, and the school district plans a school there as well. Also, the state is planning in the late ’70s to construct a four-way Via Socorro freeway interchange.”

The coastal portion was to be developed first. It didn’t work out that way.

In 1974, the Fujita Corporation purchased the ranch, requesting 2,099 homes on the coastal side. The city resisted, having just downzoned undeveloped lands citywide. In 1975, the city council rejected Fujita’s scaled-down coastal request for 1,750 homes, refined to include a 12-story, 150-room hotel on the bluff.

Afterward, the Lusk Company acquired Reeves Ranch, asking on the coastal side for 1,824 homes, a hotel and shopping center. Lusk withdrew the plan while the city reevaluated the San Clemente General Plan.

Lusk did begin developing the then-762-acre inland parcel, around 1980. By 1991, the city council had placed a cap of 1,335 homes on the project known as Marblehead Inland.

San Clemente was excited. In 1984, the city approved a layout for the library. Lusk was prepared to donate, grade and prepare the site once the city approved the surrounding development. Lusk’s plan featured 1,506 homes, a 70-acre commercial complex, a resort hotel, a road slicing through the bluff to Coast Highway, and more.

The plan’s intensity sparked fierce debate. By 1987, when Planning Commission hearings began, the plan was so hotly contested that Nixon issued a July 1 deadline to approve it. After five arduous hearings before the Planning Commission and four city council hearings, the council approved a 1,198-home package but missed Nixon’s deadline. So Nixon took his library to his birthplace, Yorba Linda.

He was 74 and wanted the library open in his lifetime. San Clemente had been so contentious, yet now Nixon was facing a repeat battle before the contentious California Coastal Commission.

The proposed library’s departure nullified San Clemente’s approval of Lusk’s plan, its intensity having been granted solely to get the library here.

In 1989, Lusk proposed a Marblehead Coastal golf course, 500 homes, a commercial center and a resort hotel, but ultimately withdrew that plan, deciding it wasn’t feasible.

In 1998, the council approved a Lusk plan for 434 homes, a commercial center and more.  A group opposing the big-box center attempted a referendum, gathering 5,000 signatures. A legal glitch invalidated the petitions.

In 2000, the council approved a revised 424-home plan that substituted a more stylish outlet mall for the big-box center and offered more landform preservation.

The Coastal Commission hated it, gave the developer a tongue-lashing and sent it back to the drawing board.

In 2003, the Coastal Commission enthusiastically approved and hailed a plan for 313 homes and the outlet center, leaving canyons untouched and the entire Marblehead Coastal frontage preserved as trails and wetlands. Former opponents didn’t contest it. A new developer took over in 2005. Grading began in 2006. A 2008 national economic collapse temporarily torpedoed the project, which was revived in 2014.

There is no doubt the pre-Coastal Commission plan, packing 2,000-plus dwellings onto the site around a magical vision of lakes, would look night-and-day different from what we see today.