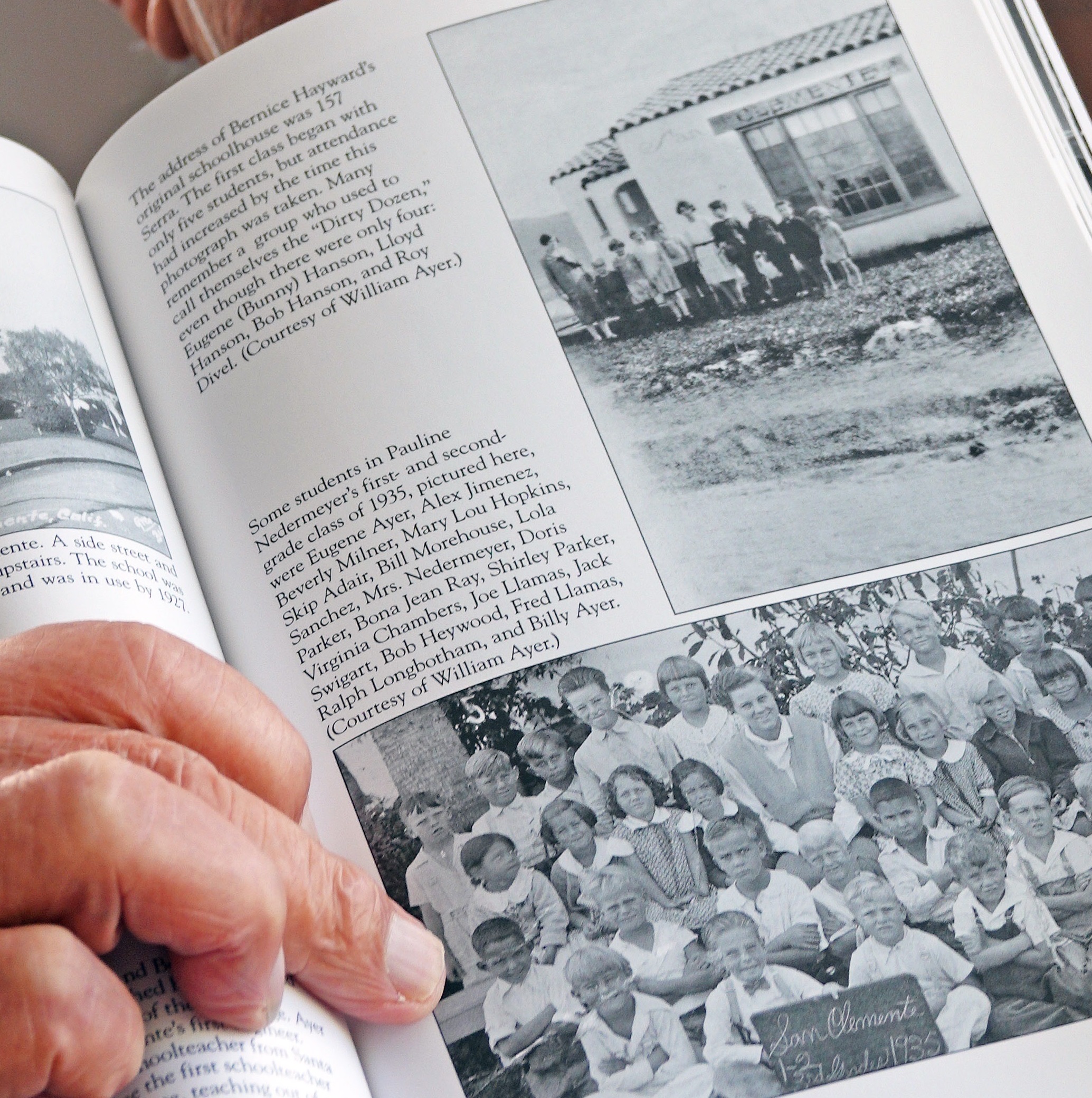 CoastLines: Memories Go Back to When SC’s Historic Movie Theatre Was Being Built

Day after day, we can watch the historic San Clemente Theatre’s restoration take shape. Joe Llamas is among only a few locals alive who can remember its grand opening in May 1938.

He was 8 years old, living not far from the theatre. He was there to see it being built. At age 91, he remembers going to the first show.

“It was 10 cents,” he told me during a 1981 interview published in the Daily Sun-Post on his 52nd birthday.

Recently, I visited him to pick his brain for any other memories, 40 years later, about the cinema and a bowling alley built next door to the movie palace in 1946.

“The bowling alley had six lanes,” Llamas recalled. “I was the first pin setter there.”

He was in high school then. He also ushered at the San Clemente Theatre.

“I think my parents came here in about 1928,” he said. “They came across the border in Tijuana. I remember seeing their passports, when they cleared through. They were going up to Los Angeles. My dad saw all this building going on. He decided to see if they had any work. They asked if he knew how to drive a team of mules.”

That was Jesus Llamas’ first job in San Clemente, working for town founder Ole Hanson’s grading of streets and village layout. “Everything was pulled by mules,” Joe said.

On Aug. 19, 1929, Joe Llamas was born in a tent off Avenida Calafia. About a year later, his father, a jack of all trades, was able to build a wooden house where Avenida Pico now intersects I-5. The family later lived nearby, in a house on Calle Valle.

Jesus Llamas was a longtime employee of the Strang Brothers, who built much of San Clemente, including the movie theatre, Casino San Clemente, the Beach Club, the Golf Clubhouse and the original City Hall.

Joe walked to and from the theatre once a week with his brother Fred.

“You could see two movies—a double feature—and a newsreel, a cartoon, and we even enjoyed watching the coming attractions,” Joe said.

His parents would give him 25 cents—10 cents admission and 15 cents for a hamburger and a Coke at the Gilmore gas station, where Shadetree Automotive is today.

Just weeks after Joe’s birth, a stock market crash plunged America into a cataclysmic economic depression spanning the next decade.

“I was born two months before the Big Bang,” Joe said. “There were times when we had beans and tortillas three times a day,” he said.

He and other kids managed to have fun and make do in San Clemente. “It was a great place to grow up,” he said. “It was small. You knew everybody.”

Some kids went skinny-dipping in San Clemente’s water supply, a reservoir where the Presbyterian Church now stands. “We never got caught,” Joe said.

Besides the beach, kids could jump into a pond at the town plaza or into the city pool, known today as the Ole Hanson Beach Club.

“We used to call it The Plunge,” Joe said. “It was a nickel to get in, but there were times we couldn’t afford a nickel.”

He remembers A.J. “Spike” Jimenez, owner of San Clemente’s first car dealership. He remembers other businesses when San Clemente was a popular Highway 101 stopping-off point halfway between Los Angeles and San Diego. There was no freeway. The Sea Shore Cafe was open 24 hours. The Owl Boat Company catered to tourists, off the pier.

Joe discovered he could earn a nickel by taking his wagon to the end of the pier, meet fishermen stepping off boats and haul their catch to their car.

“One time I got a quarter,” Joe said, grinning. “The guy didn’t have any change.”

Kids were in pretty good shape.

“For eight years, I walked to grammar school,” Joe said.

His education at San Clemente Grammar School didn’t begin well in 1935. He spoke only Spanish. There was no option for bilingual education. His mother kept him home for a year while he resolutely picked up English from his older brother and sister.

Faith MacGregor taught him in the second, fourth and sixth grades. Years later, she taught his daughter, Karen.

In 1944, Joe was one of 10 eighth-grade graduates, moving on to Capistrano Union High School. Four years later, he was among 36 graduates of Capo.

One Saturday in December 1941, Joe watched Sgt. York, a movie about the Great War, 1914-18. The next day, a Japanese attack on Pearl Harbor started what would become known as World War II.

“All the kids were patriotic,” Joe remembered. He and others would collect scrap rubber and other materials for the war effort.

There were blackouts. One night, an air raid warning sounded during a movie at the theatre.

“It wasn’t until 2 or 3 o’clock we got the all-clear,” Joe said. “Everybody was sleeping in the chairs.”

After graduating from high school in 1948, Joe spent four years in the Navy.

“I always wanted to be a sailor,” he said.

LOVE OF HIS LIFE

In December 1951, while he was home on leave, his cousin introduced him to Nancy Olsen, who worked at a San Clemente cafe.

“Something just told me, this is the one,” he said.

In 1952, they were married. They would raise three children and celebrate 65 years together until Nancy passed.

Joe, a career plumber, retired in 1991. Today, he’s a great-great-grandfather.

The favorite time of his life?

“I guess, back in the old days,” he said. “You could walk all over town. You didn’t have to worry about anything.”

Yet, San Clemente remains nice today. “My wife came from Wisconsin, to Arkansas, to San Clemente, and she didn’t want to leave San Clemente at all,” Joe said. “She felt the same way I did.”