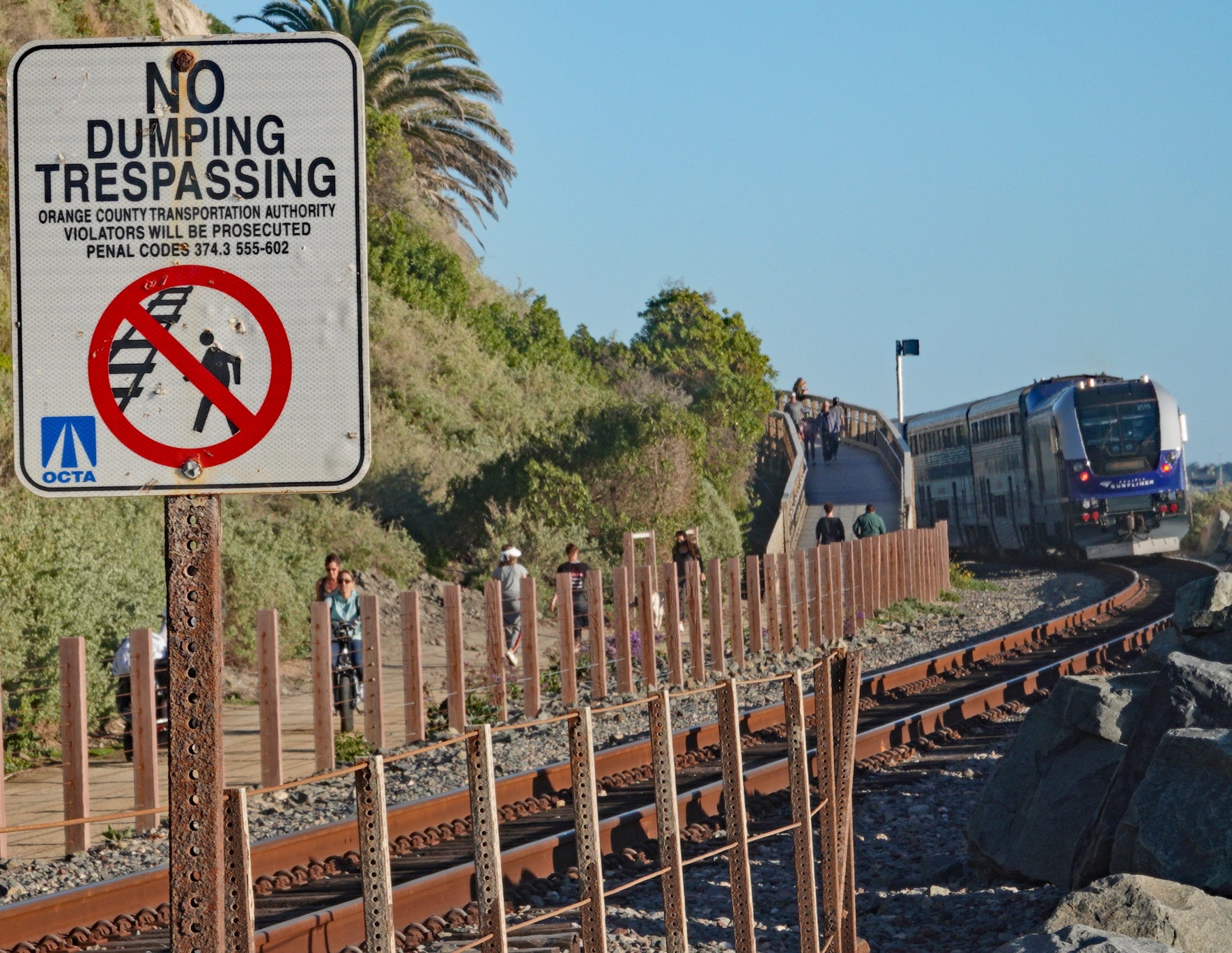 When it comes to life and death along San Clemente’s coastal railroad corridor, it’s too easy to take for granted how good we have it since the city built a beach trail with seven safety-designed crossings.

Like many locals, I can remember the anything-goes vibe that flirted with RR safety for decades, prior to the trail’s 2006-08 construction.

After we published my Feb. 11 column about long-forgotten Wild West mischief on or around the rails, I heard from readers who do remember.

They took to social media to respond. Here are some comments, slightly edited for spelling, grammar or clarity:

I remember a young boy’s death, struck by a train at Poche in the 1970s. A man losing his life walking the tracks wearing headphones. And accidental deaths on trestles just outside San Clemente.

Suicides, equally tragic, are different. There’s little you could do to prevent them, other than drastically walling off the entire RR corridor. Or relocating the railroad inland, behind San Clemente and Trestles.

A local lobbying campaign in the 1970s sought to move the tracks inland, but it never gained traction with the railway or with state/federal regulators.

In 1995, Metrolink introduced commuter service here, announcing that trespassing would be enforced by RR police.

“Crossing tracks could cost you money … or your life,” my headline trumpeted on March 2, 1995.

“By local estimates,” I wrote, “nearly one-third of the two million people who visit San Clemente’s beaches each year get there by crossing the railroad tracks illegally.

“Most don’t dally and are careful to watch for oncoming trains. A few act carelessly or irresponsibly. Occasionally, someone is killed.”

The Orange County Transportation Authority, I wrote, would start with public awareness, then enforcement.

There was such a San Clemente backlash that the city, in 1998, proposed an alternative—a safe beach trail.

The original design—described as a concrete, fenced trail atop a seawall—was so environmentally draconian that it provoked a backlash.

A grassroots group, “DeRail the Trail,” mobilized the community, halted the fenced concrete- on-seawall concept, then helped the city design the much kinder, gentler, scenic trail that we see today.

In 2003-04, while the city was asking the California Public Utilities Commission to allow the Beach Trail, I’ll never forget two RR accidents.

“An apparent act of bravado along the railroad track went bad late Wednesday,” I wrote on Jan. 16, 2004, “sending an 18-year-old Missouri man to the hospital with critical injuries.”

The young man and a friend were walking on the track near Calafia Beach. As they noticed a train coming, authorities said, the friend stepped off the track.

“The other apparently stayed on and told his friend he was going to try to get as close to the train as possible and try to jump off at the last second,” authorities said. “He made some comment like, ‘I grew up near a train track … watch how close I can get without the train hitting me.’”

Trains are deceptively fast. And just weeks earlier, a 51-year-old local resident said to be safety-conscious was killed tragically.

TRAIL WOULD HAVE PROTECTED HER

“Since moving to San Clemente five years ago,” I wrote on Oct. 7, 2003, “Pamela Faris had walked from Linda Lane to the pier countless times.”

She was well aware of train dangers, I wrote, and had warned her sister, who had moved here to live with her.

The train was blowing its horn. A friend yelled, “Train!”

Faris was walking on the outside of the track, on the ocean side, looking down at her feet, on her way to the San Clemente Seafest with a friend from Florida.

“She was such a happy person,” said her sister, Beth Koziol. “She loved the pier. She loved San Clemente … she wanted to live the rest of her life here.”

“She would be so pleased to know what San Clemente has done,” Koziol said.

On Life and Love After 50: Woman Worries That Her Boyfriend Might Leave Her

Adoptable Pet of the Week: Peppermint