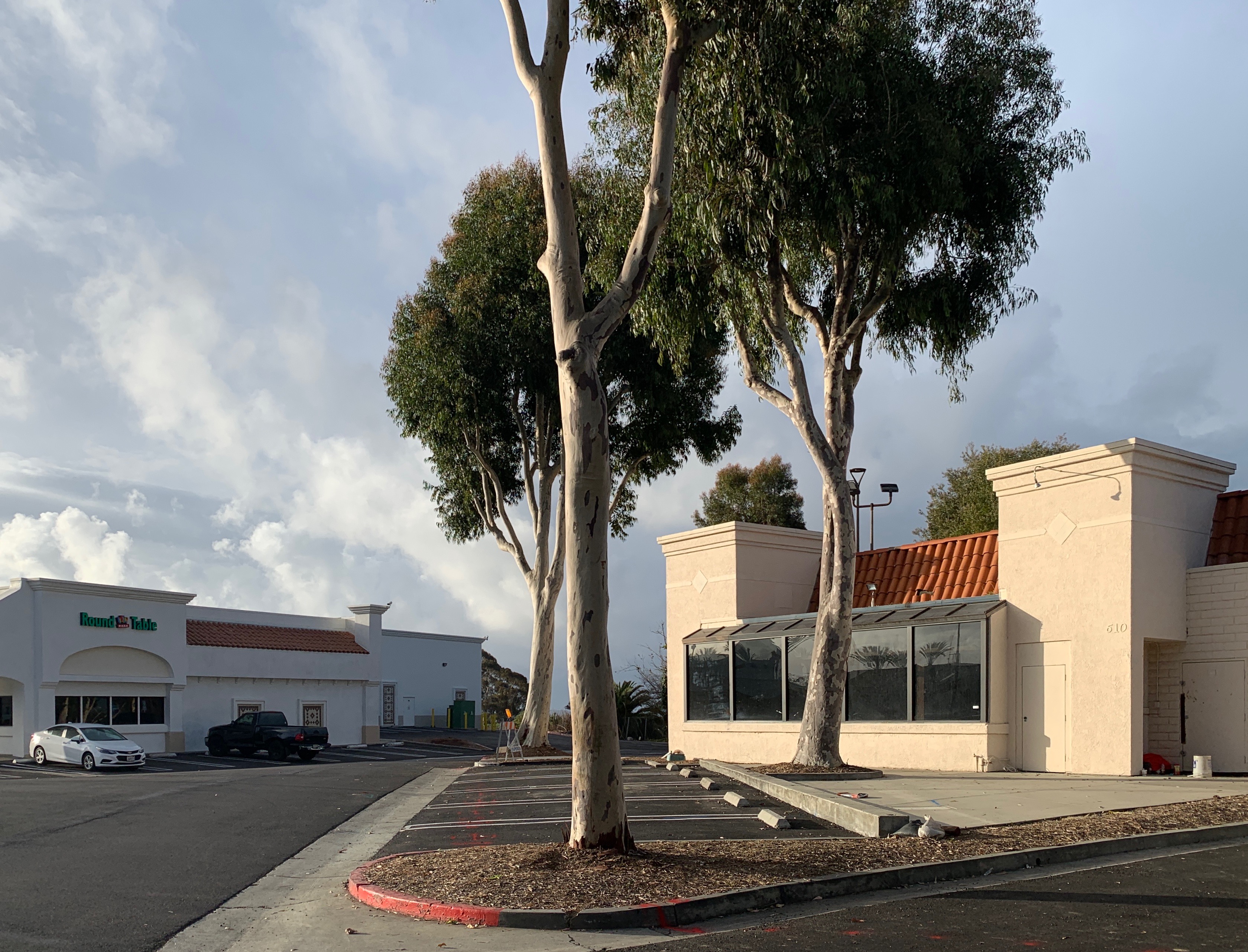 The question of what might replace one of San Clemente’s more beloved burger joints—the Burger Stop on Avenida Pico—may be a step closer to an answer.

A sign recently appeared, announcing that the former Burger Stop site has been sold.

“I got a lot of calls on it,” realtor Doug Montaldon said, when I called to inquire about what may be in the offing.

You may recall that there was a public outpouring of love from fans for the Burger Stop when it had to close in 2016. The California Department of Transportation (Caltrans) needed to demolish it, along with a Shell station next door, to widen Pico.

What was left of the vacated Shell/Burger Stop site was a 10,000-square-foot lot situated between the Post Office and the southbound I-5 on-ramp.

In a Nov. 1, 2018 column, I wondered what might go there—if, indeed, the small lot is able to support something feasible.

“The lot occupies one of San Clemente’s premium street corners, Pico at I-5,” I wrote.

The lot’s new owner hopes to develop a building containing two retail spaces—one 1,000 square feet and another 1,600 square feet—with 12 parking spaces, according to a submittal sent to the city.

The site is pretty small, as I mentioned in my column shortly after the property went up for sale. If it can be creatively designed to offer the public something nice without traffic problems, it can be a win/win.

The city will need to be convinced anything proposed there will be a good fit. That includes parking, circulation within the site and access in and out of the lot onto Pico.

Stephanie Roxas, senior planner for the city, said more information will be needed for city staff to review.

The first public review of the new owner’s plan will likely be at a meeting of San Clemente’s Design Review Subcommittee. That can’t be scheduled until city staff gets more info, completes its own review and deems a plan ready to send to the design review panel.

In January, a plan to add a drive-thru eatery to San Clemente’s recently remodeled Stater Bros. shopping center on Camino De Los Mares was reviewed by the design panel.

The Stater Bros. center recently completed a facelift that coincided with the addition of a new restaurant—Café Rio—and reopening of Rose’s Cafe after a fire. The drive-thru is proposed at the other end of the center, on the former site of prior restaurants that most recently included Baker’s Square and Crispins Comfort Food.

The old building would be demolished, replaced by a Spanish-style building shared by two tenants.

The Stater Bros. center’s owner also owns neighboring OceanView Plaza and is proposing an upgrade that may excite people who patronize both centers.

Have you ever wished for removal of a wall that separates the two centers? That’s the plan. Removal would allow customers to drive from one center to the other without having to navigate Camino De Los Mares and its traffic signals.

When the design review panel looked at the proposal in January, there was discussion over whether an opening in the wall should be designed as a paseo, for pedestrians only—no cars.

The majority opinion was that letting cars through would be more beneficial.

The Planning Commission could consider approving permits as early as mid-April.