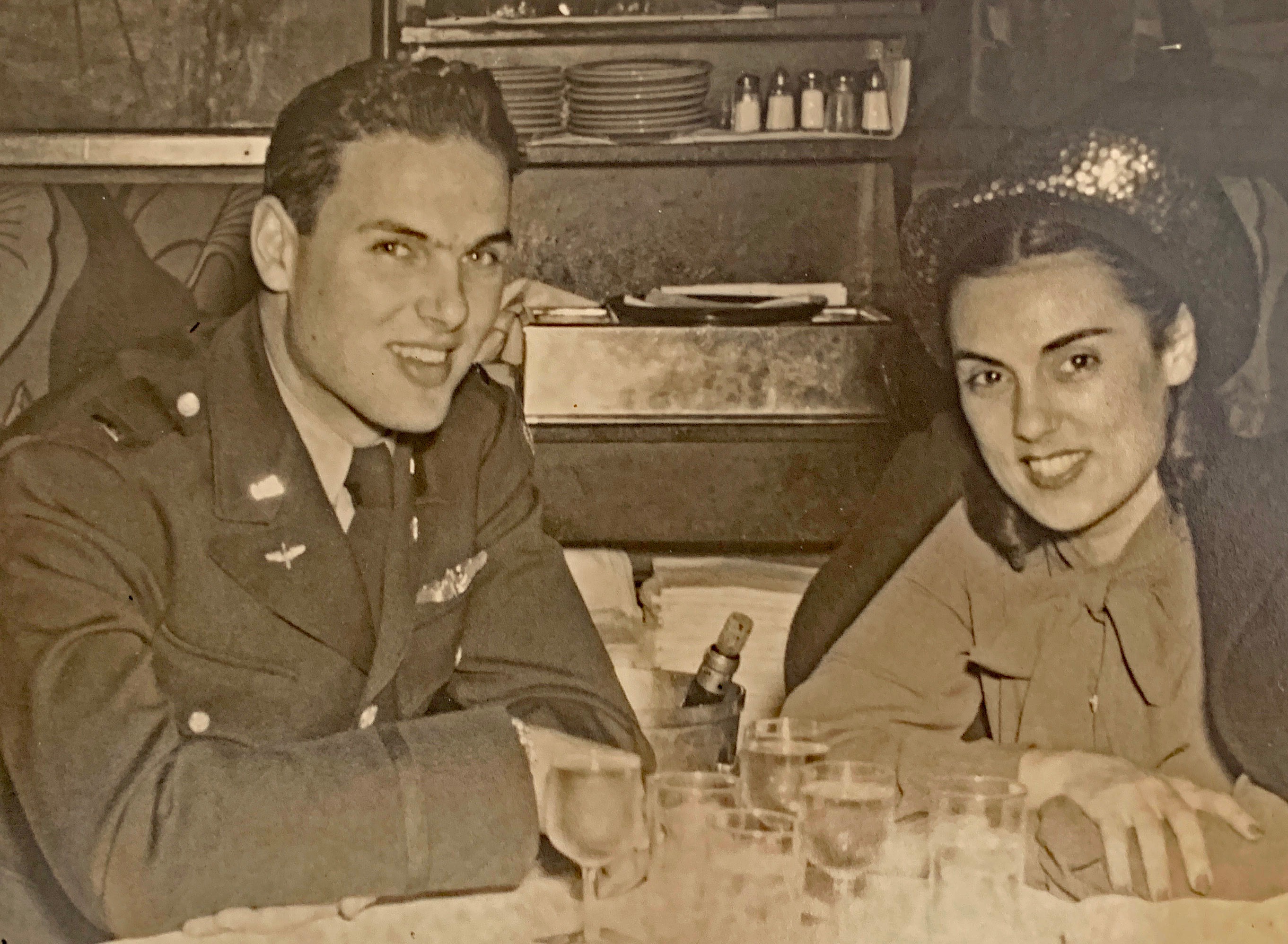 Coastlines: Now I Know My Uncle Jack Was a War Hero

One day, years ago, I paused outside the door entering the community center and my jaw dropped.

I gazed at a plaque: “Honor Roll of Those Who Served from San Clemente During World War II.” I’d passed it countless times without reading the 66 names.

This time, my eyes scrolled through them all, recognizing some, suddenly fixing on one.

I’d known that Jack Nair was an airman. I didn’t know any details. Uncle Jack died in 2009. Aunt Donnie tells me he didn’t say much about his war experiences. She said they once did attend a reunion of his B-29 crew. He survived 35 combat missions.

I had no idea how harrowing those missions were until I recently found a 1945 news article at newspaperarchive.com about a B-29 known as The Oily Boid.

The article described this particular B-29 Superfortress as “one of the most shot-up Super Forts in the business.”

“But she’s still flying,” the article said. “Out of 15 missions (so far), the Oily Boid has been shot up on five of them, but each time the ground crew has managed to patch her up in time for another flight.”

The Oily Boid was riddled with holes, the article said. “They stopped counting after 100,” my Uncle Jack was quoted as saying.

“On her first mission, she came back with 19 holes, and the second time out they counted 71,” the article said. “Most of these were from machine gun bullets fired by enemy fighters.  She has had her tail shot off and now sports a new one.

“One wing has also been replaced, having been all but shot off. Two engines were shot out and replaced.

“The ship has crash-landed at Iwo Jima a couple of times and her crew are thankful the Marines took that island (located strategically between Japan and the B-29s’ home base).”

Lt. Shaffer, the Oily Boid’s skipper, was quoted as saying, “I don’t know what we would do if Iwo Jima wasn’t there. The gang there has certainly treated us fine. I’m told that every time a B-29 puts in there, the gang lays bets it’s the Oily Boid. That’s a helluva reputation to have.”

The weather once was so thick that the skipper, on approach, had to guess where Iwo Jima’s runway was. “When he stopped, one wing was hanging over the edge of a cliff,” the article said. “It’s the closest they ever came to going in the drink.”

For all the close calls, crew members weren’t superstitious, the article said.

“Getting home on one engine is an old story with them,” it said. “They have seen everything over Japan from fighters to balls of fire and heavy anti-aircraft. But they always manage to get their bombs away and right on the nose.”

If I could have asked Uncle Jack about all this, he’d probably have just shrugged. Or changed the subject.

The entire situation of war—the bombing runs, getting hit, limping back to base, not knowing if you would perish into the sea, embarking on mission after mission, having to consider each time that you might not return—must have been awful.

I knew Uncle Jack as a soft-spoken, humble gentleman quick to smile, quick to chuckle, a genius when it came to tinkering with things, building things, taking my cousins and us kids water skiing with a boat and boat trailer I later learned he had built.

After the war, he returned to San Clemente. He worked with my dad in the furniture business before moving to Los Angeles to earn a college degree, meeting Donnie there and becoming a petroleum engineer. My dad served the Pacific war on the crew of the troop ship SS Lurline. He doesn’t appear on the plaque at the community center. He wasn’t in San Clemente until later.

In 2017, my Aunt Donnie, now 93, published a book of memoirs, My Life: So Far, So Good, that includes a vignette about Jack’s WWII service:

“During flight training, he took to flying naturally and was always in the top of his class,” Donnie wrote. “Imagine his shock when the class graduated and he was not assigned to be a pilot. He was devastated and carried the shame on.”

Decades later, at the crew’s reunion, Donnie wrote, the skipper “told everyone that Jack was the smartest in their class and that even though he was an ace in training, they made him a bombardier instead of a pilot. ‘Anybody can fly a plane,’ he told the group. ‘But you have to be really, really good at math to be a bombardier.’ ”

That lifted Jack’s spirits, Donnie wrote. By then, he had long since realized his dream of piloting a plane, earning a private pilot’s license. Over time, he enjoyed exploring many of the United States in four planes that he owned.

Next time you visit the community center, pause to say thanks to all the San Clementeans who put their lives on the line. Three didn’t return. All had their own unique stories. My Uncle Jack’s is but one of them.