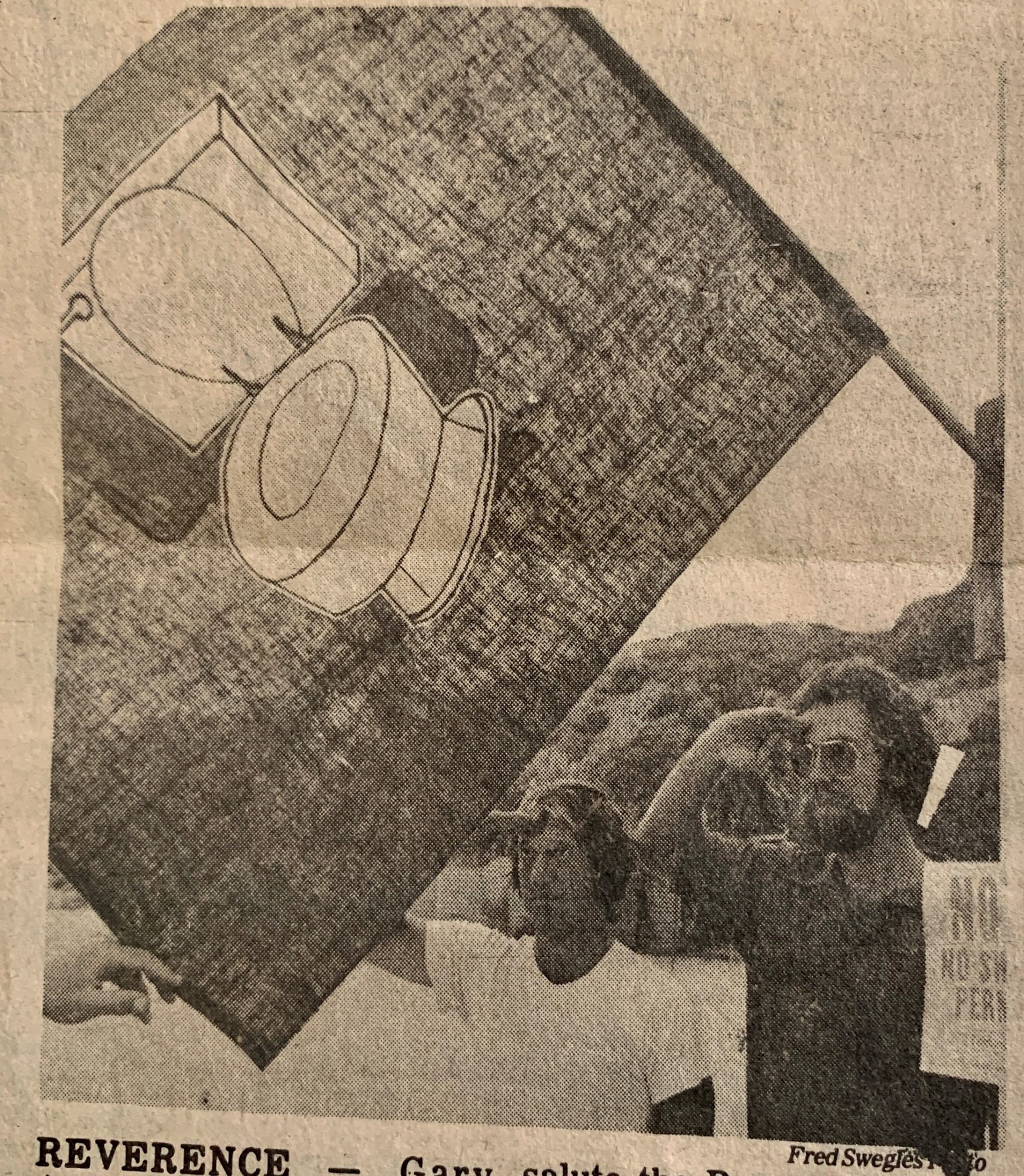 There could be worse things than not having a July 4 Fireworks Show at the pier this Saturday.

Hordes of people—locals and tourists—arrive at the crack of dawn, staking out their prized patch of beach for the day, from which to watch the fireworks. Only then do they discover ominous signs all around:

“You mean we’ve gotta lie on this parched desert, swelter all day and can’t even wet our toes?” Edith pleads to her husband, Archibald.

“This fireworks show better be worth it!”

Not many in town may remember it, but our beaches used to be notorious for sewage spills.

Beachside belches from a sewage transmission line that runs along the coast had an uncanny knack for blighting the beach and slapping us with a bathing ban, right before a holiday.

“Few things on this Earth have been as dependable as the Linda Lane sewer pump station,” I wrote in a March, 1981 column in the Daily Sun-Post. “You could always count on the Linda Lane pump to spew raw, untreated sewage into the ocean a week before (1) Easter vacation, (2) the start of summer vacation, (3) the Fourth of July or (4) Labor Day.”

END OF AN ERA

The occasion for that 1981 column was the city’s shutdown of the fabled Linda Lane pump station, that innocuous building that you walk by on the beach trail, just north of Linda Lane Park.

The city was about to replace it with a new, improved pump station designed to halt San Clemente’s institutional case of the runs—diarrhea to the beach—once and for all.

By and large, it seems to have worked.

As the city quietly retired the old sewer pump, my column suggested that the city erect a bronze plaque, declaring it a landmark. “Historical Landmark Wasted,” my column’s headline proclaimed.

The city was decommissioning the old pump station at a time when San Clemente was drenched in political turmoil—city council recall elections, referendums, initiatives, lawsuits.

Citizens, I wrote, “were groping for something to believe in.”

The Linda Lane pump station had been just that.

Illustrating the column was a photo of local residents Gary Andrew and Mark Ver Steeg, inventors of The Brown Flag, saluting it. Beside them was a county health department sewage posting on the beach.

As everyone knew, our lifeguards have three surf warning flags—green means it’s safe to swim, yellow to use caution and red to stay out of the water.

The Brown Flag could trump them all.

The city could have marketed those enterprising beachgoers’ Brown Flag, emblazoned with their caricature of a toilet. Our needy city treasury could’ve made a bundle.

The city council could have ordained it San Clemente’s official flag. We didn’t have one back then.

Pier Bowl merchants could have sold Brown Flags as souvenirs to offset revenue losses during Labor Day Weekend sewage spills—sort of like those “I Survived Hurricane Thelma” T-Shirts you might find in trinket shops back East during hurricane season.

The surfer who once got arrested for surfing at the pier in defiance of a bathing ban could have hidden from the cops in his fecal-hued wetsuit, camouflaging him as he got tubed in brown barrels.

For us reporters, San Clemente’s onetime noxious notoriety was a fun story to cover.

“So now the city is destroying all this,” I wrote. “The new Linda Lane sewer pump station may actually work.”

Indeed, sewage spills at Linda Lane and the pier are rare. You do sometimes see beach signs warning that elevated bacteria levels may be hazardous to your health. Usually, those are on display for three days after dirty urban runoff from rainstorms has flowed to the ocean from asphalt parking lots, streets and storm drains.

Or a high bacteria level might be unexplained—bird droppings, maybe?

Those bacteria warning signs aren’t in the same category as the Baddest of all Beach Bummer Signs: raw sewage. You won’t often see a surfer paddle out past a sewage spill sign.

So it’s a good thing sewage oopsies into the sea are so infrequent, especially now.

In today’s political climate, sewage-inspired NO SWIMMING postings at the pier might generate protest marches—picketers, defiantly unmasked, ripping up signs, sloshing into the septic sea with abandon, no social distancing, crying out against the megalomaniac government’s oppressive edict, chanting: “LAND OF THE FREE! MY BODY, MY CHOICE! HOAX! LIBERATE MY OCEAN!”