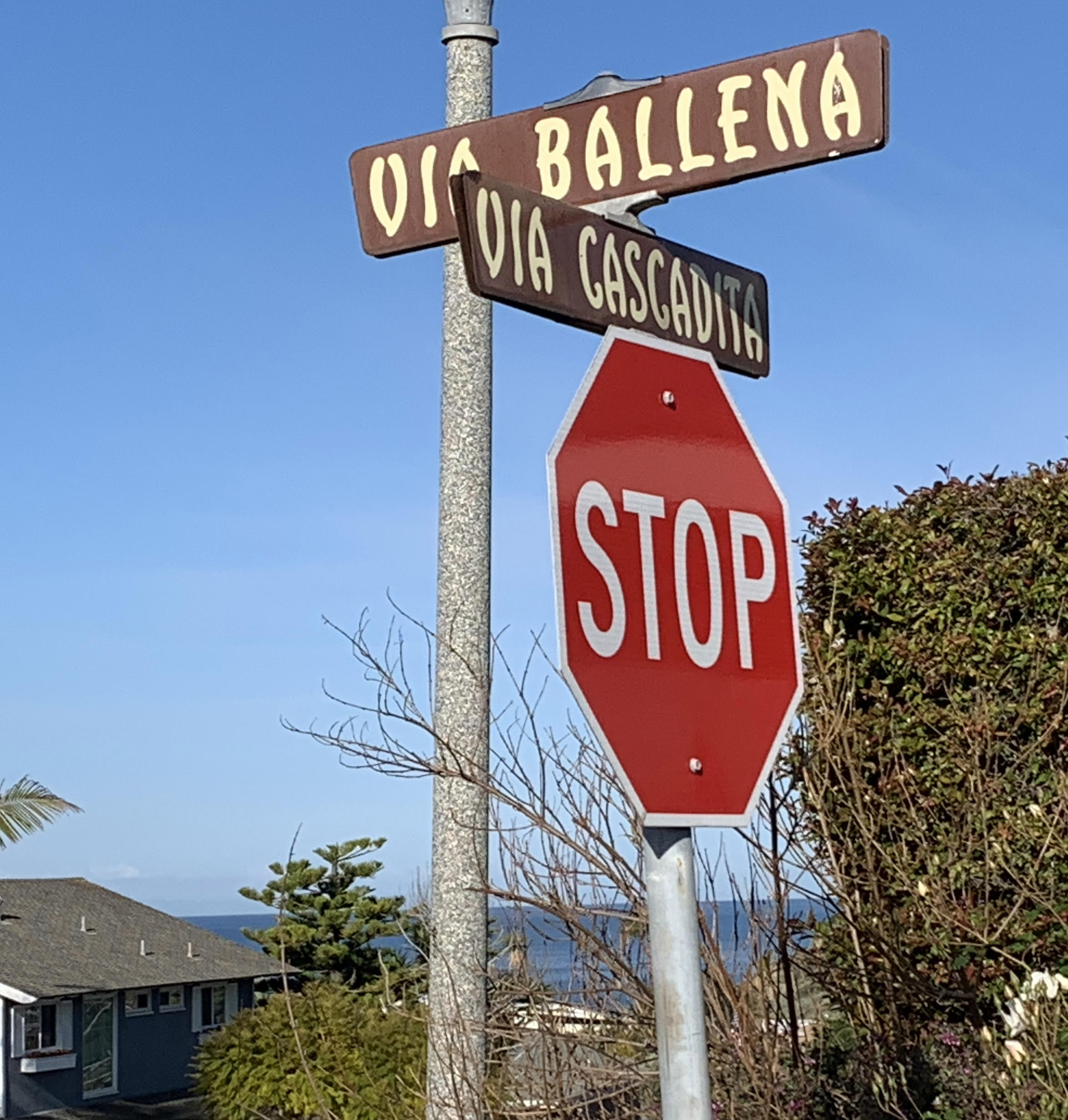 Here’s a fun game that native English speakers can play during our coronavirus shutdown.

Play it at home by calling up a map of San Clemente on your computer. Or fetch a paper map. See how badly you’ve been pronouncing our Spanish street names.

Native Spanish speakers? You can play, too—just look at the street names, smile and roll your eyes at some of the putrid pronunciations you hear.

If you’re outside getting exercise, look for tongue-twister streets or even for simple Spanish names that native English speakers thought they knew correctly.

Just keep a safe distance from anyone you encounter.

Most native English speakers, including me, pronounce many of our Spanish street names with an Anglicized bend. I grew up with that.

I’m so accustomed to pronouncing Ola Vista gringo-style that I wouldn’t even think of pronouncing it VEES-tuh—as I know I should, having minored in Spanish in school.

Even if you know Spanish pronunciations, c’mon, play along! Compare real Spanish with the way we regularly hear our street names botched.

If at home, browse your map of SC for street names you want to check. If out and about, note the street names. At home, visit spanishdict.com. Type in a Spanish word.

A friendly voice will pronounce it for you. You also get the translation.

Some readers may recall a column I wrote in 2019 about some of our eye-rolling Spanish street names.

In my column, I picked on Via Pimpollo, which I imagine many San Clementeans will pronounce Pim-POLO. To me, that sounded a bit too much like Pimple Street. When I type pimpollo, Spellcheck wants to correct it as Pimple.

Actually, it should be pronounced Peem-POY-yo. As in, “Pimpollo Loco, the Crazy Zit!”

By playing The Name Game, multitudes of San Clementeans can learn how badly they may have botched a street name—and what it means in English.

Pimpollo means rosebud, not “zit.” It can also be slang for an attractive woman, a “babe,” and please, no awful jokes about babes and zits.

Via Nada—pronounced VEE-yuh NAH-duh—means Nothing Street. In my 2019 column, I made fun of it, wondering why a real estate developer would name it that, then try to sell houses on Nothing Street.

A reader who lived on that street solved it for me. Via Nada—a short cul-de-sac—leads nowhere. The name fits. Via Nada is the Shorecliffs community’s little joke, The Street to Nowhere.

A BIT OF HISTORY

What inspired today’s column was a 1987 news article I wrote. One day, the city council was asked to consider the confusion that some street names might cause. There was potential, a report to the council said, for a 911 dispatcher to send an ambulance to the wrong street.

OK, so we do have a Calle Monterey and an Avenida Monterey.

But it gets better. The report noted that San Clemente also had a Calle Puente and an Avenida Fuentes. There was Via Blanco and Vista Blanca, Calle de las Focas and Calle de las Posas.

There was Via Sueño and a Via Ensueño. Via Cancha and a Via Concha.

There was a Calle Emilia and a Calle Familia. And Via Goleta and Paseo Gallita,

Actually, Gallita is supposed to be Ga-YEE-tuh, not Ga-LEE-tuh, like many of us native English speakers pronounce it.

Goleta should be pronounced Go-LEH-tuh, not Go-LEE-tuh, as most of us say it. A frantic person calling 911, stammering Ga-LEE-tuh, could easily confuse a dispatcher to think Gallita.

DID THEY FIX IT?

I don’t believe the city council made many changes.

I Googled all the street names that appeared on the 1987 list. I only found three cases where changes appear to have been made.

That could be tragic.  Or how about asinine? What does Las Posas mean in English? “Buttocks,” spanishdict.com tells me. “Las posas” are my butt cheeks.

Who wants to live on Butt Street? Who picked that eye-rolling name?

And “Posa” also can mean “death knell.” Who wants to live on Death Knell Street?

OK, so it also can be a verb for the word “pose,” as in “pose for me.” I’ll take that one over Butt Street or Death Knell Street—even if you call me a Poser.

Have fun with The Name Game. And stay safe!