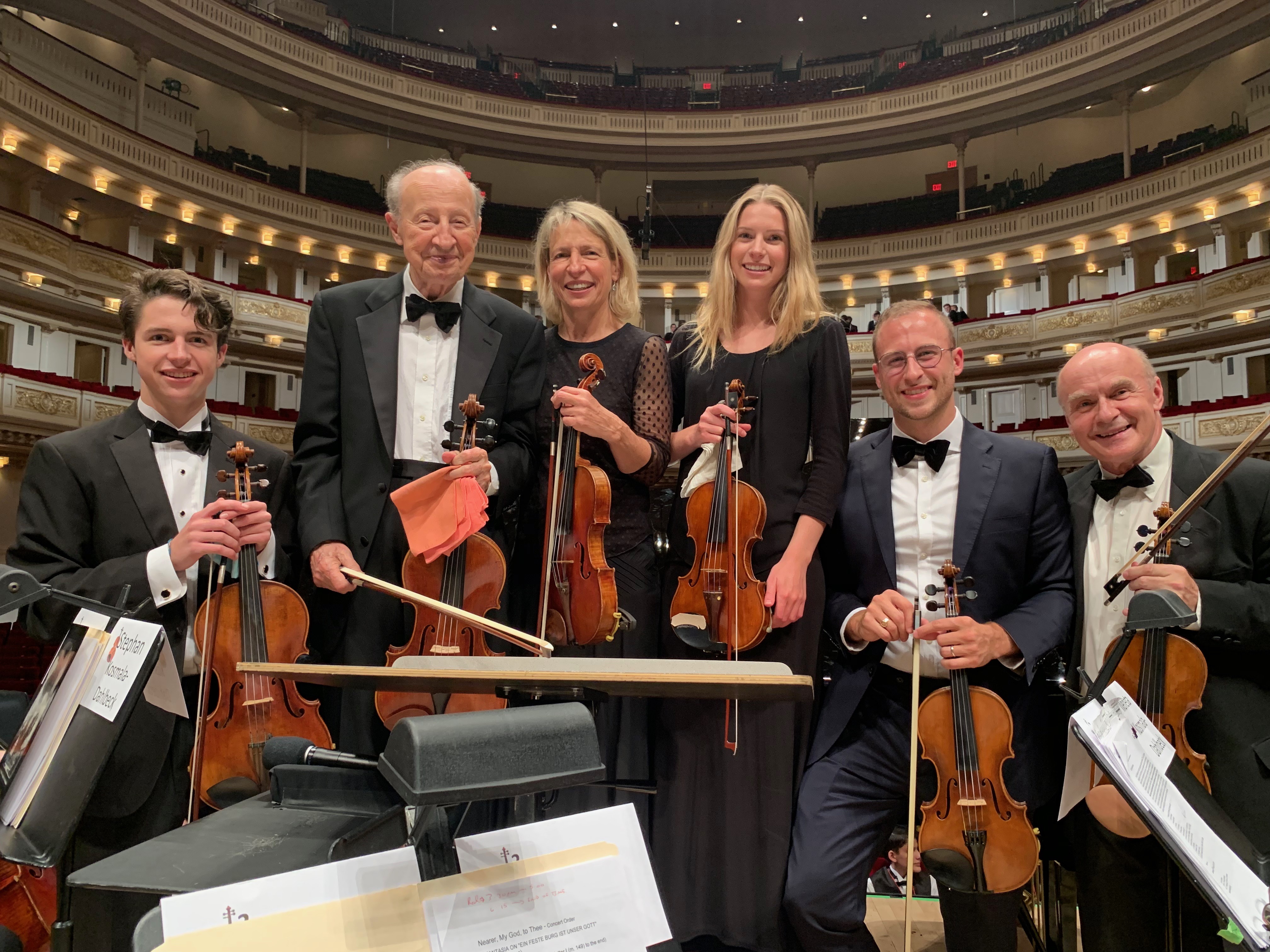 CoastLines: A San Clemente Family’s Musical Journey, from Carnegie Hall to Aerosmith and Beyond

Whether competing on NBC’s America’s Got Talent or backing up Aerosmith in a dramatic remake of the rock anthem “Dream On.” Stefan Kosmala-Dahlbeck is an up-and-coming young musician you may have never heard of.

Stefan, 17, and his sister Kasia, 21, are classically trained San Clemente talents who are contributing to American culture in a distinctly different way than, say, fellow San Clementean Sam Darnold is doing as quarterback for the New York Jets or Kolohe Andino as current No. 1 pro surfer in the world.

In March, Stefan was part of an OC Music and Dance Group, appearing before the esteemed judging panel of America’s Got Talent. The group got to perform Harry Styles’ “Sign of the Times” and Kesha’s “Praying.”

In September, Stefan, a recent graduate of San Clemente High School, will reunite on stage with his grandfather at the International Viola Congress in Poznan, Poland.

Kasia, a recent UCLA graduate and a member of the California Young Composers’ Guild, is composing a cadenza for the event, Wineta said.

“Stefan will be the youngest violist to have ever been invited to perform at the very prestigious international event attended by the top violists in the world,” Wineta said via email.

“Stefan is also a composer and an aspiring pop artist,” his mother said. “Kasia is also a pianist, a singer and an able composer.”

If you are an Aerosmith fan, you may have heard Kasia and Stefan’s voices, without realizing it, when Aerosmith vocalist Steven Tyler and guitarist Joe Perry decided to reinvent “Dream On”— harmonically enhanced—to honor victims of the 2013 Boston Marathon bombings.

The music video, titled “Dream On, Boston Strong,” is on YouTube. Prepare to be moved.

Kasia and Stefan, then 16 and 12 years old, respectively, were members of a Southern California Children’s Chorus that Aerosmith asked to appear live with the band at a 2014 rock concert in Los Angeles attended by 16,000 fans.

Earlier, the chorus had recorded the music video with Tyler and Perry, with images of chorus members’ faces interspersed with Boston Marathon imagery that may stir your soul, may even bring a tear.

“This one’s for you, Boston!” Tyler says as he introduces the video.

The music video won an Emmy, as did an hour-long Boston Strong TV show featuring the song.

Two years earlier, the chorus, including Kasia and Stefan, had backed Esperanza Spalding at the 84th Academy Awards in a moving 2012 performance of “What a Wonderful World,” in memorium to recently deceased film industry figures. It’s also on YouTube.

Kasia and Stefan’s mother, Weneta Kosmala, traveled the world playing violin professionally until motherhood and a law career redirected her priorities. She said she relishes being able to appear at musical venues with her father and her children.

Jerzy Kosmala, a faculty member with UC Irvine’s School of the Arts and a visiting professor at the Royal Academy of Music in London, continues to tour, perform, judge at festivals and teach. He and wife Anna recently celebrated their 69th wedding anniversary.

“My father has been blessed with good health and incredible energy,” Weneta said. “I think he is particularly energized working with Stefan, who has been his lifelong student and is following in his footsteps.”

Since age 3, Stefan has been a viola student of his grandfather, who tours the world performing and judging at music festivals and competitions. Besides playing at Carnegie Hall, Stefan has performed at prestigious Lancut Concert Hall in Poland, the Mormon Tabernacle in Salt Lake City, Meyerson Hall in Dallas, Strathmore Concert Hall in Washington, D.C. and Segerstrom Hall in Costa Mesa, among others.

Stefan was a winner at the Orfeo International Music Competition in Vipiteno, Italy.

At San Clemente High, he was concertmaster of the symphony orchestra for four years. He has performed with the Dana Paint Symphony, Pacific Symphony Orchestra and Long Beach Symphony. He enters UCLA this fall to continue his music studies.

Kasia earned her first invitation to play Carnegie Hall 10 years ago by winning an international string competition. She performed there in 2011, in 2016 and this year. She, like Stefan, has studied with her grandfather since age 3. She has performed across America and Europe, won multiple competitions and awards and played at many of the same venues and with the same orchestras as Stefan, and more. She has recorded classical music at live venues and had original compositions performed in five nations.

She recorded an iMax movie soundtrack narrated by Meryl Streep. She participated in a Disney anniversary celebration and performed for 2009 Congressional Medal of Honor recipients. Recently, she performed as a violin soloist with the Louisiana Sinfonietta.

City Council Corner: Working Together to Keep Everyone Safe and Businesses Open

Letter to the Editor: OCSD Citations