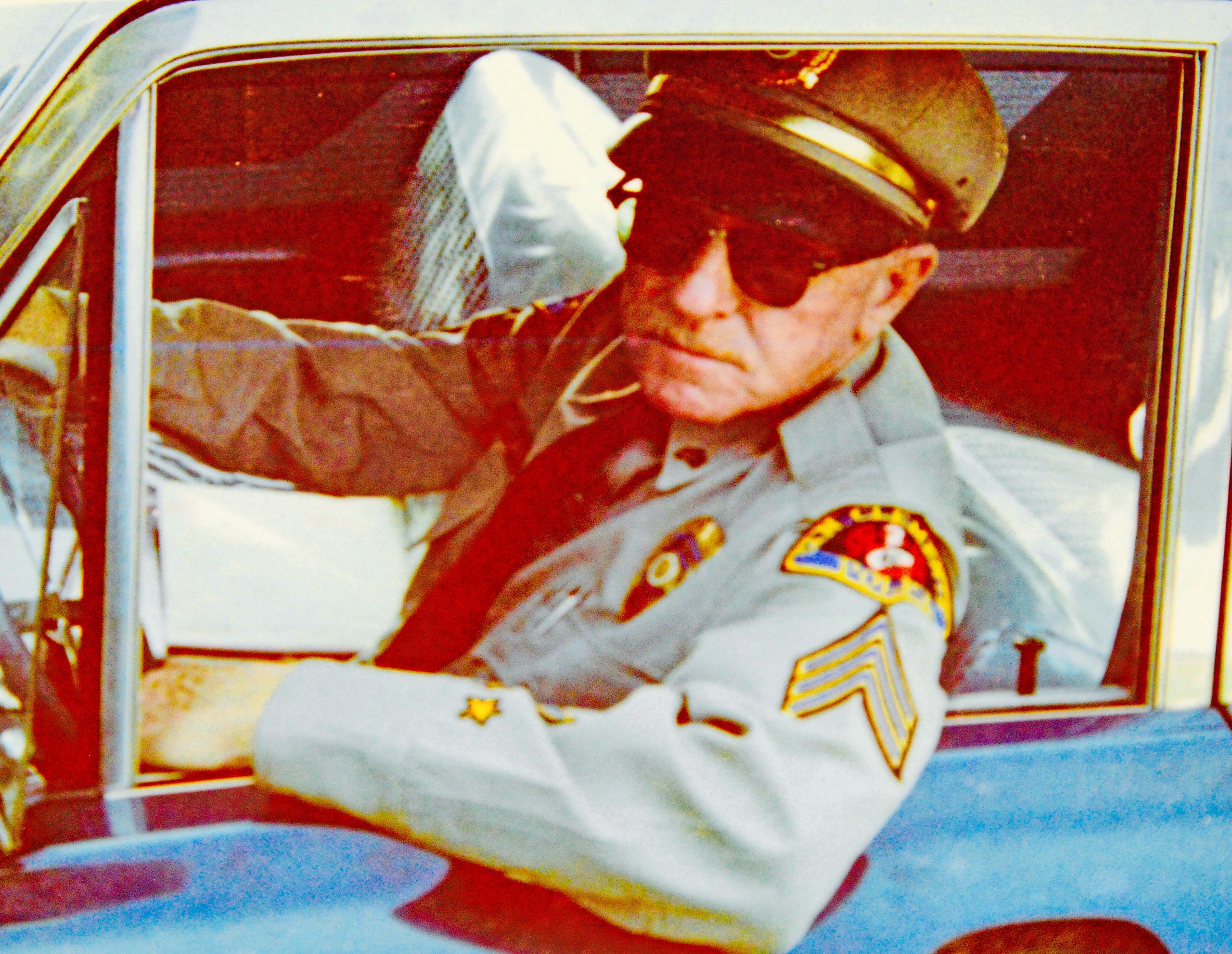 Unless you’re an old-timer, you likely have no idea what San Clemente was famous for long before President Richard Nixon moved into town in 1969, putting us on the international map.

The sleepy beach town, halfway between Los Angeles and San Diego, was known nationwide as a speed trap, notorious for the town’s traffic cop pulling over motorists along old Highway 101 before there was a freeway.

In a 1970 article describing pre-Nixon San Clemente, Time magazine said, “Its most well-known citizen was Patrolman Bruce Crego, a red-haired giant known as ‘the Red Rider’ for his prodigious feats with the summons pad. Until his retirement three years ago, Patrolman Crego handed out more than 5,000 speeding tickets a year to motorists passing through town …”

Crego was known for “giving tickets to anyone regardless of status,” according to a post at legendarysurfers.com. “His favorite time was Del Mar Racing season, when he took great joy in nailing speeding stars.”

One of America’s biggest stars was Bob Hope, a singer/dancer/comedian/actor in movies, TV and radio.

“It was Bob Hope who created the legend,” recounted Jennifer Garey’s book Images of America—San Clemente. “After he received his speeding ticket, he joked on his radio show, ‘The only way to make it past San Clemente without a traffic ticket was to swim or fly past.’ ”

Crego’s nickname Red Ryder, Garey proclaimed, reflected a redheaded comic strip hero that inspired local kids to so name Crego, after seeing the cop “pull off whole groups of cars and make them wait for their ticket.”

Max Hurlbut, a redhead who grew up in San Clemente from the late 1940s through the ’50s, recalled that Bob Hope made Crego the butt of repeated jokes.

Hurlbut’s 1947 introduction to San Clemente at age 8 came when Crego pulled over his family’s car as the Hurlbuts were moving into town, population fewer than 2,000 at the time.

They got off with a warning. Their 1946 Kaiser, weighted down with belongings, wasn’t speeding but going too slow, laboring to climb El Camino Real’s hill into downtown.

“He is a San Clemente legend,” Hurlbut said. “He did, in fact, single-handedly support the town treasury for a number of austere years.”

The kid became a frequent ride-along guest in Red Ryder’s patrol car. Hurlbut then pursued a lifelong career in law enforcement. He was with LAPD when invited, in 1973, to give the eulogy at Crego’s funeral.

Crego’s ticketing wasn’t just a money grab but a lifesaver, too, Garey wrote. A 25-mph zone through the heart of San Clemente enabled the patrolman to try to talk sense into fun-seeking speeders en route to or from Del Mar Racetrack, San Diego or Tijuana.

The undivided highway from San Clemente south became known as Slaughter Alley, notorious for head-on collisions, leaving carnage on the pavement in an era before seatbelts and airbags, Hurlbut said.

Crego wasn’t the first speed cop to make the town famous as a virtual ticket machine.

He wasn’t popular with speeders, nor with local businessmen who asserted his “needless highway arrests” were driving away business.

The Santa Ana Register, in an archive viewable at newspaperarchive.com, reported that the business association wanted to “discharge the police force with the exception of a night watchman, allowing state highway patrol officers to handle traffic.”

The association also requested billboards at both entrances to town, welcoming visitors and announcing, “We have no speed cop. Please drive carefully.”

The association claimed that prolific Comber traffic tickets, many for driving just slightly over the speed limit and not recklessly, gave San Clemente a black eye. Some ticketed travelers “were regular patrons of cafes,” The Register said, “and announced they were ‘through with a town that would make arrests for profit.’ ”

Comber pleaded that he was just following instructions from the city council, which by 1933 was reeling from the Great Depression, cutting services to keep the town running. Critics, including town founder Ole Hanson, alleged city council mismanagement.

Hanson, aligned with the business group, publicly criticized Comber, who filed a $75,000 slander lawsuit against Ole, later dropping it.

The council suspended Comber but didn’t fire him. Days later, he resigned, to “preserve harmony,” The Register quoted him.

“San Clemente is a beautiful city, but it has, however, acquired a reputation for too much arresting on the highway,” Hanson told The Register. “The Automobile Club and other bodies protested monthly. Comber, in following the orders of the city council to bring in so much money each month, got in very bad. We determined to clean this situation up.”

In the final years of his life, he held no grudges over San Clemente politics—only fond memories. Comber, a jovial personality and a lively storyteller, entertained the San Clemente Historical Society by recounting tales of policing the Spanish Village during an era of Prohibition and bootleggers.

More on that in a future column.

Life’s a Beach: A Numbers Game

Adoptable Pet of the Week: Savannah