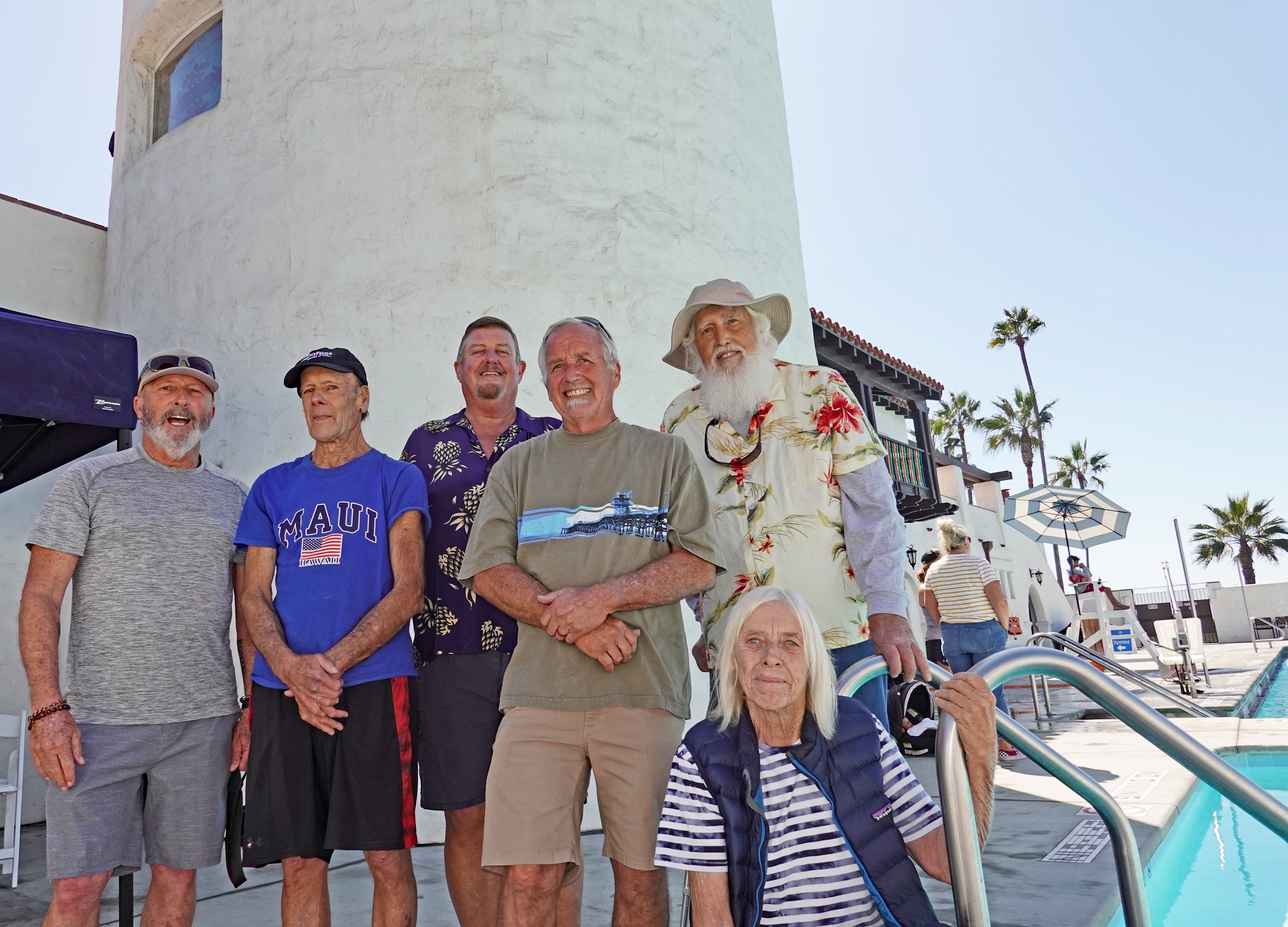 CoastLines: She Taught the Town How to Swim

It’s 1952. The Korean War rages on. In America, thousands of children are paralyzed, and some even die, from a spreading plague called polio. The March of Dimes’ search for a vaccine intensifies. In San Clemente, a village of maybe 4,000 souls, fearful families pledge support.

Meanwhile, parents know where to send their children to learn how to swim.

Chances are, you’ve never heard of Van Rutan. Next time you visit the city pool at the Ole Hanson Beach Club, you may notice a discreet plaque installed recently in her honor.

The gesture, said Barry Berg, a member of San Clemente High School’s first graduating class in 1965, “underscores a period in San Clemente when our population was quite small. Van literally taught the city how to swim.”

For 32 years, 1952 to 1984, she ran the city’s Learn to Swim program, teaching multitudes of children—and some adults.

“Being a beach community, is there anything more important?” Berg said at an Oct. 5 plaque dedication. “So many of us surf. I’ve been in situations where I think, Van probably saved my life just then.”

The swim instructor was maybe 5 feet tall, maybe 100 pounds, maybe not, with a stern but caring manner, old-timers attested.

“She ran the pool with an iron fist, but was totally cool,” said Ken Nielsen, SCHS Class of 1965. “Van basically ran the pool all by herself, no matter how many kids were there. I can remember 50 kids being in the pool.”

Her trademark bark was, “Walk, Don’t Run!” on the pool deck. Her trademark tradition came on the final day of swim class. Everyone had to climb the high dive platform, leap in and swim to the shallow end.

“It was a big ol’ high dive,” Nielsen remembered. “You were also jumping into the deep end. I think the pool was like 12 feet deep. It was scary. She wasn’t mean about it, but she made everybody do it. If you were afraid, she’d talk to you. Sooner or later, everybody did it. And we did it every day.”

Two years ago, at a reunion of SCHS grads, Nielsen suggested a Van Rutan wall plaque. Posting it on Facebook, he swiftly raised funds for the plaque and a city permit. The permit took time. But the plaque is in place. It’s San Clemente saying thanks.

“It used to cost a quarter for the open swim, and if you didn’t have a quarter, no problem,” Nielsen remembered. “She’d find a job for you. She’d find a way to get us in the pool.”

That was big. There was no junior lifeguard program then. “She made everybody water-confident,” Nielsen said.

“Everybody has their high-dive stories,” said Randy Liebig, Class of 1970. “It took a few proddings to finally do it. But it taught us how to go over the falls in six-foot surf.”

Liebig’s wife, Mona, who moved to San Clemente in 1972, already a swimmer and a high school student, had heard Van Rutan stories. But not the adulation—until years later.

“Van was a neighbor,” she said. “I wanted to go up to the Christmas show at St. Andrew’s. Randy didn’t want to go. I thought, well, Van might want to go. So we go up to St. Andrew’s, walk in the door and people are just going, ‘Van! Van!’ (and) converging on her. I just stood there, going, ‘Whoa!’ I had no idea I was with a rock star.”

Aurora Rutan, Van’s 49-year-old granddaughter, drove from Norco to the dedication. She had to fight back tears. A 1989 SCHS grad, Aurora had learned to swim before she could walk. “I was always my Grandma’s little shadow,” she said.

Aurora grew up watching Grandma administer the pool, making it not just a place to learn to swim but also to follow rules, to love and respect the water while having fun.

“Grandma wouldn’t let pictures (of her) be taken,” Aurora said. “If she’d had a part in it, this (celebration of her) wouldn’t have happened. She got to celebrate her students.”

“She remembered everybody’s name, which is cool,” Nielsen said.