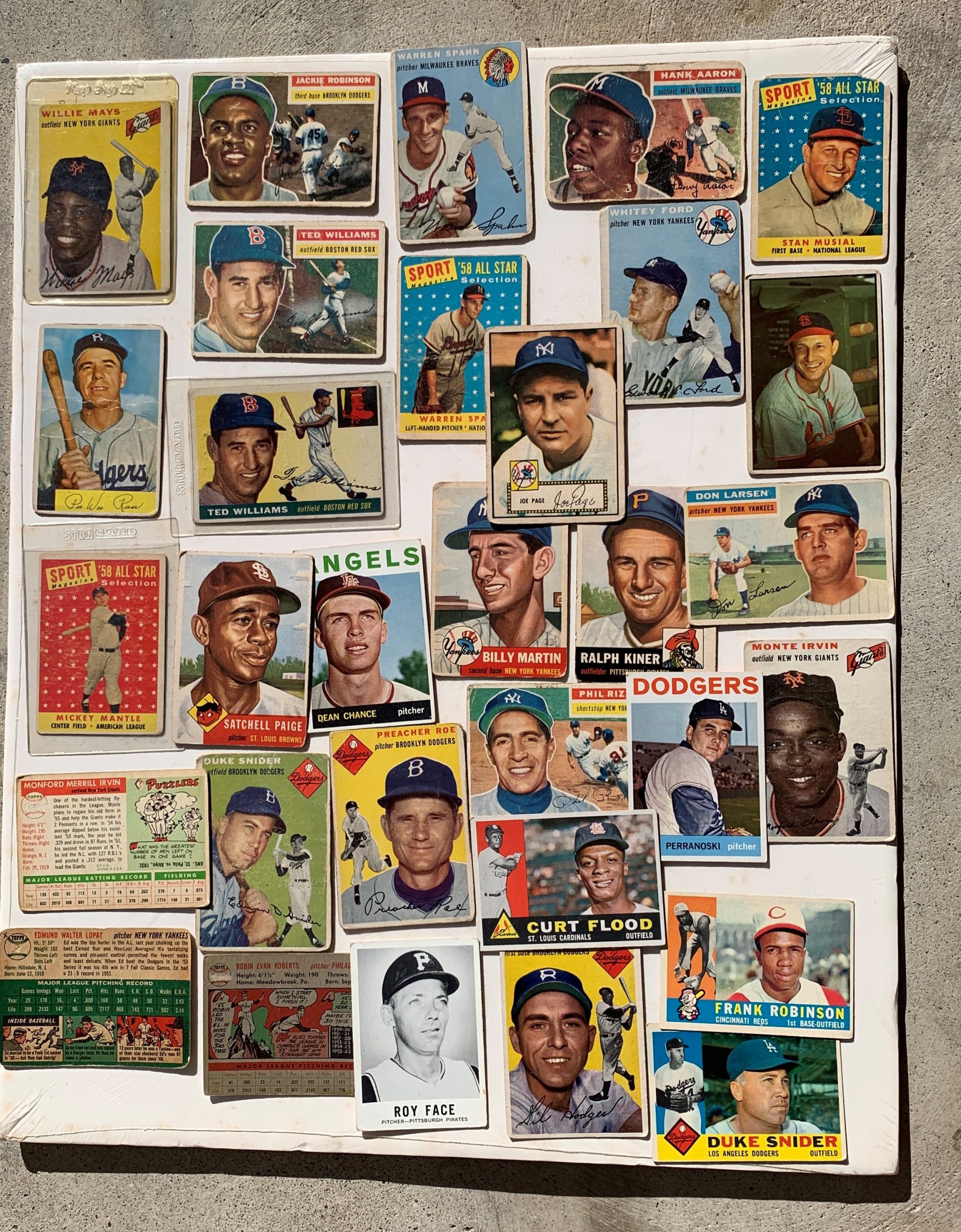 If you like baseball, and you caught a dramatic moment in Los Angeles Dodgers history with a walk-off home run victory over the St. Louis Cardinals on Oct. 6 at Dodger Stadium, you might identify with a life-changing cultural phenomenon that dates back in San Clemente to 1958.

That year, Major League Baseball changed the baseball world, moving the Brooklyn Dodgers and the New York Giants from the East Coast to the West Coast.

For San Clemente children, instant fascination with the Dodgers’ arrival in Los Angeles created a love affair for big league baseball. It also got us worked up, learning how our Dodgers had a detested rival, the now San Francisco Giants.

This was a big deal. We kids had paid no attention to Major League Baseball until this transcontinental move presented us with such a gift. Suddenly, now there was coast-to-coast interest in the sport.

Until 1958, MLB’s 16 teams had been concentrated east of the Mississippi River. The only teams west of there were St. Louis and Kansas City.

We kids’ wide-eyed fandom with the Dodgers was impressed, learning what a powerhouse the Dodgers had been in Brooklyn through the 1950s. And now they were ours.

Here came to us greats such as Don Drysdale, Sandy Koufax, Duke Snider, Pee Wee Reese, Gil Hodges, Jim Gilliam, Roy Campanella—and others to be—Maury Wills, Tommy Davis, Don Sutton and on into the 1970s and beyond, including Fernando Valenzuela, Mike Piazza, Orel Hershiser, and so many more.

I was 10 at Concordia School in 1958. We kids loved playing our own baseball at home, but suddenly, we and our parents began driving to Los Angeles to attend Dodgers games.

At the Coliseum, I arrived one day and spotted Dodgers pitcher Sandy Koufax walking, by himself in street clothes, to enter the stadium.

“Is that really him?” I wondered. Yes, it was. He kindly scrawled me his autograph. I proudly brought it home to San Clemente, showed it off. Years later, the autograph disappeared, but what a treasure it was early on.

At that time, Sandy was just then developing his skills to Hall of Fame physical wonders, forever my favorite Dodger.

Another personal favorite was Duke Snider, slugging Dodgers outfielder who made the Hall of Fame, too. I knew that he lived in Fallbrook—quite a drive from Dodger Stadium.

One day, I was outside the San Clemente’s All American Market (site of today’s CVS along El Camino Real), and, oh, was I in for a Dodgers surprise!

Duke parked his car along El Camino at the curb. I waited outside, seeing him walk into the store, come out with something in a bag and drive off to the south.

I kind of smirked and wondered if it might be a six-pack of something (hee hee)! I’ll never know, but it was an honor to see the Duke in San Clemente. Could stops at the All American Market have been a habit for him?

When Shorecliffs Middle School opened in the 1970s, the Dodgers’ manager, Tommy Lasorda (1976-96, and a Hall of Famer once he retired), visited the new campus and addressed the students. I was thrilled to cover it and took photos of him.

He became known as quite a jovial gourmet, with a robust belly. I remember his picture at Shorecliffs—a thin profile.

Back in the 1960s, my fellow Dodgers fans and I got bigtime into purchasing chewing gum packs of yearly issued baseball cards. I purchased hundreds from 1958-64.

We kids would trade cards. I was fascinated to learn you could also order old-edition baseball cards from prior years, like back from around 1950. You could collect some of the baseball greats such as Hall of Famers Duke Snider, Jackie Robinson, Mickey Mantle, Willie Mays or Ted Williams.

You couldn’t order by the name of the player. You had to request old cards by the card number on the back. It was a guessing game.

You’d receive mostly average players’ cards. Then, one day with luck, I’d gasp, opening the package to find I now had the prized 1956 Jackie Robinson—Hall of Famer. The Dodgers, in 1947, had redefined baseball, introducing Jackie as the first Black player in the majors.

We Concordia students took to trading these epic cards of the past, with gusto.

One of my sneaky ways to demand higher trading value on my best old cards was by taking an eraser or a pen to cover up the baseball card number, so my trading adversary couldn’t steal the number and simply send away for the prized card by number.

I could keep the hidden number and reorder the prized card for myself, as I traded the original one with the blotted-out number.

Years later, I trashed most of my baseball cards, even most of the 1958-64 cards—including All-Stars—because those players seemed too new at the time and no big deal.

To me, those were no comparison to the oldies of Snider, Mays, Mantle, Williams, Pee Wee Reese, Stan Musial, Hank Aaron, Satchel Paige, Warren Spahn and a few others.

So, I kept a small pile of favorites, bound in a rubber band.

Years ago, they disappeared. I looked, and looked, hopelessly. Somehow, this year, just by chance, I found the pile of cards in an obscure bag.

I had to wonder if cards such as the 1956 Hank Aaron with its blotted-out card number on the back are worthless to collectors. It’s imperfect.

To my surprise, I found I still have a few numbers intact on cards of most acclaimed players of the 1950s. Do any of those cards have high value? A few even are encased in plastic, as I’d protected them back then.

Rediscovering those baseball cards rekindled my memories of childhood in San Clemente, when Major League Baseball and the Dodgers changed the fandom landscape for us kids, growing up in 1958 in an idyllic beach town of then about 7,000 people and no freeway yet.