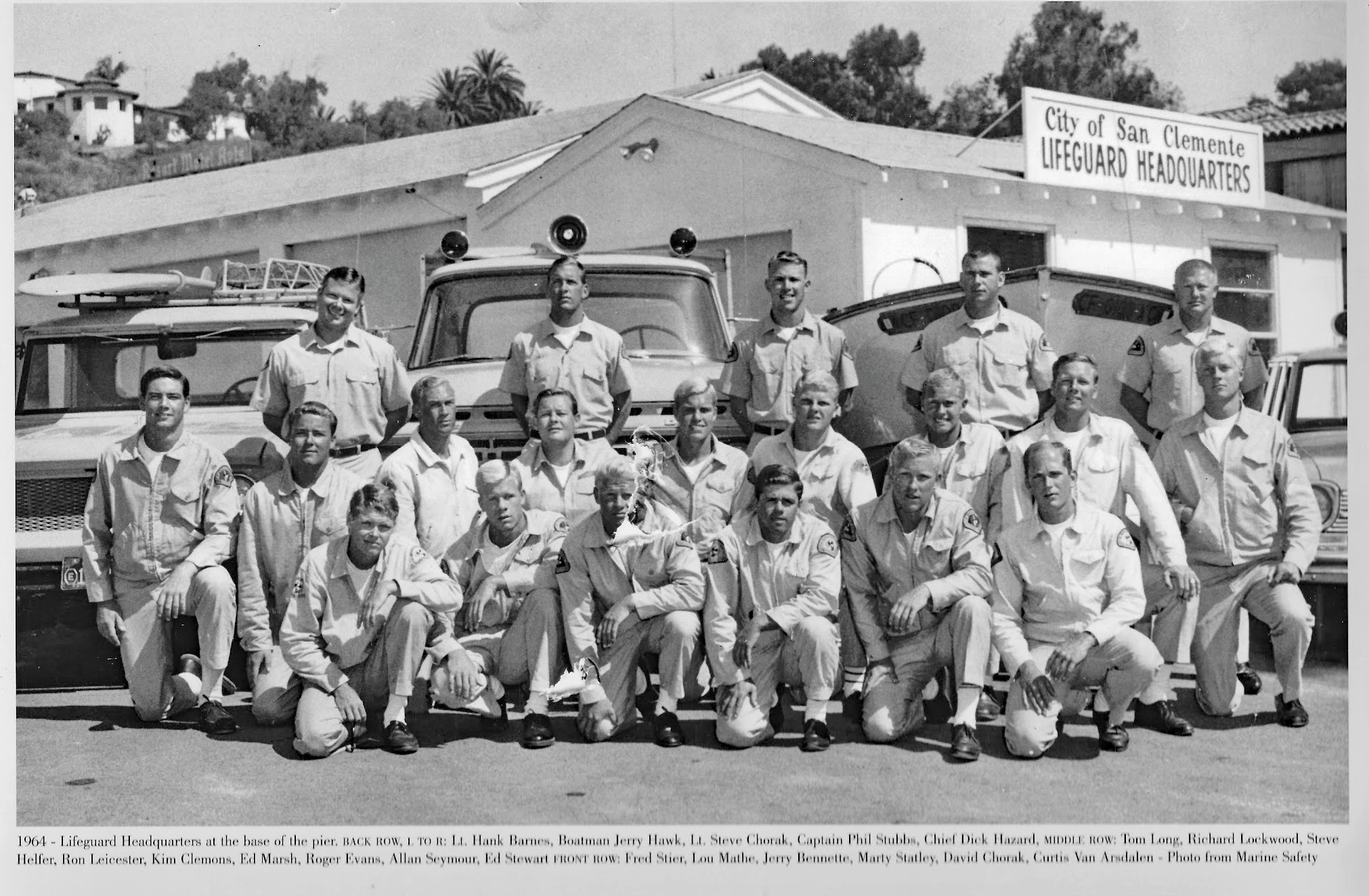 How would it be, if San Clemente had built its Lifeguard Headquarters in 1968 to look like an enchanting Spanish colonial landmark, displaying old-time California white walls, a red-tile roof and a tall clock tower resembling a traditional early mission church tower with a cross on top?

The San Clemente City Council came close to approving that design in July 1967, but rejected the option in a 3-2 vote.

The decision considered that the mission-tile roof would be heavy, expensive, and white colonial-style walls could be too vulnerable to repeated graffiti that then was plaguing our beach and the Pier Bowl area.

So, the ambitiously designed $50,000 headquarters was to be built with potentially graffiti-resistant dark brown wooden panels and with rock decorative features on the sides and a lighter rooftop.

In a San Clemente Daily Sun-Post article, Mayor Howard Massie warned his colleagues that obscene graffiti would be a problem to remove from white headquarter walls.

“A rock roof would be far less susceptible to damage than tiles,” he said.

He said the problem of removing obscene inspirations from walls, which has increased recently with the “artwork” of one individual who has become notorious up and down the coast, would be “ongoing.”

“It’s a better-looking building, though the cost of a tile roof is prohibitive. But what we are doing there is beginning for what we want to do with the beach, which is our biggest asset,” Northrup said. “This building is a kicking-off point for the future.”

Councilmember Tom O’Keefe supported Spanish, describing the alternate style as a conglomeration of styles from Hawaiian to Spanish and modern California ranch, not in keeping with San Clemente’s original Spanish Village motif.

The city shouldn’t dismiss Spanish style, he suggested, just “because of one filthy-minded vandal.”

Councilmember Dan Chilton noted that for the 1940s, San Clemente had removed town founder Ole Hanson’s exclusive Spanish architecture requirements for all buildings and made it possible for people to build their own practical, functional designs. Councilmember Wade Lower supported the more modern style.

DESIGNER PLEADS FOR IT

Eric Boucher, a building designer the city had hired to draw up alternative designs, said, “I hope that I’ll be allowed a certain amount of liberty to show individuality and make the building the center of interest in the beach.”

“There is enough romanticism in me that I am still enchanted with the image of a little Spanish town,” Boucher continued. “We should try at least in our municipal buildings to retain this heritage San Clemente became known for …”

Boucher told the council that regardless of the style of walls, roof and the tower, he advocated the “nice tower with clock facing two ways, so that when Billy has to be home at 5, he’ll know what time to leave.”

City Manager Ken Carr had recommended an elaborate expansion of San Clemente’s much smaller existing lifeguard building just north of the pier entrance with a multi-faceted structure. He projected increases in city population and beach attendance.

Lifeguards’ rescue projections over the next 10 years noted increased boat calls, first aids and bigger needs for staffing and resources. Dana Point Harbor, meanwhile, was to be built and would impact beach safety parameters, as pointed out by Lifeguard Chief Dick Hazard.

The 5,000-square-foot building, plus 1,000 more feet for storage of beach maintenance equipment, would be taking up beach space between the railroad tracks and the ocean, directly in front of San Clemente’s blufftop landmark, the Casa Romantica, but it would not impact views.

“People at the Casa Romantica would have to go to the edge of the patio and look down to see the building,” the newspaper article said.

“The reason people are coming to our beaches is to receive protection and to enjoy the service of our outstanding lifeguard department,” the city manager said. “In order for that department to maintain that standard  of service, it needs better facilities in a spot which is logical …”

In January 1967, the city had announced that it hoped to put up $102,000 in city funds, to be matched by $102,000 federal money, to build a three-phase project—the lifeguard headquarters, service roads to Linda Lane Canyon, restrooms and parking, incorporating $280,925 in state bond money.

“San Clemente has done some engineering on the feasibility of installing a parking facility in the Linda Lane area, adjacent to one of the most recent beach purchases,” a Los Angeles Times article described it.

A local article in the Daily Sun-Post described “three levels of parking decks accommodating a total of 660 cars and a park facility at the beach, parts of a new concept for Linda Lane Canyon.”

Evidently, the funding never materialized, and the plan was scrapped.