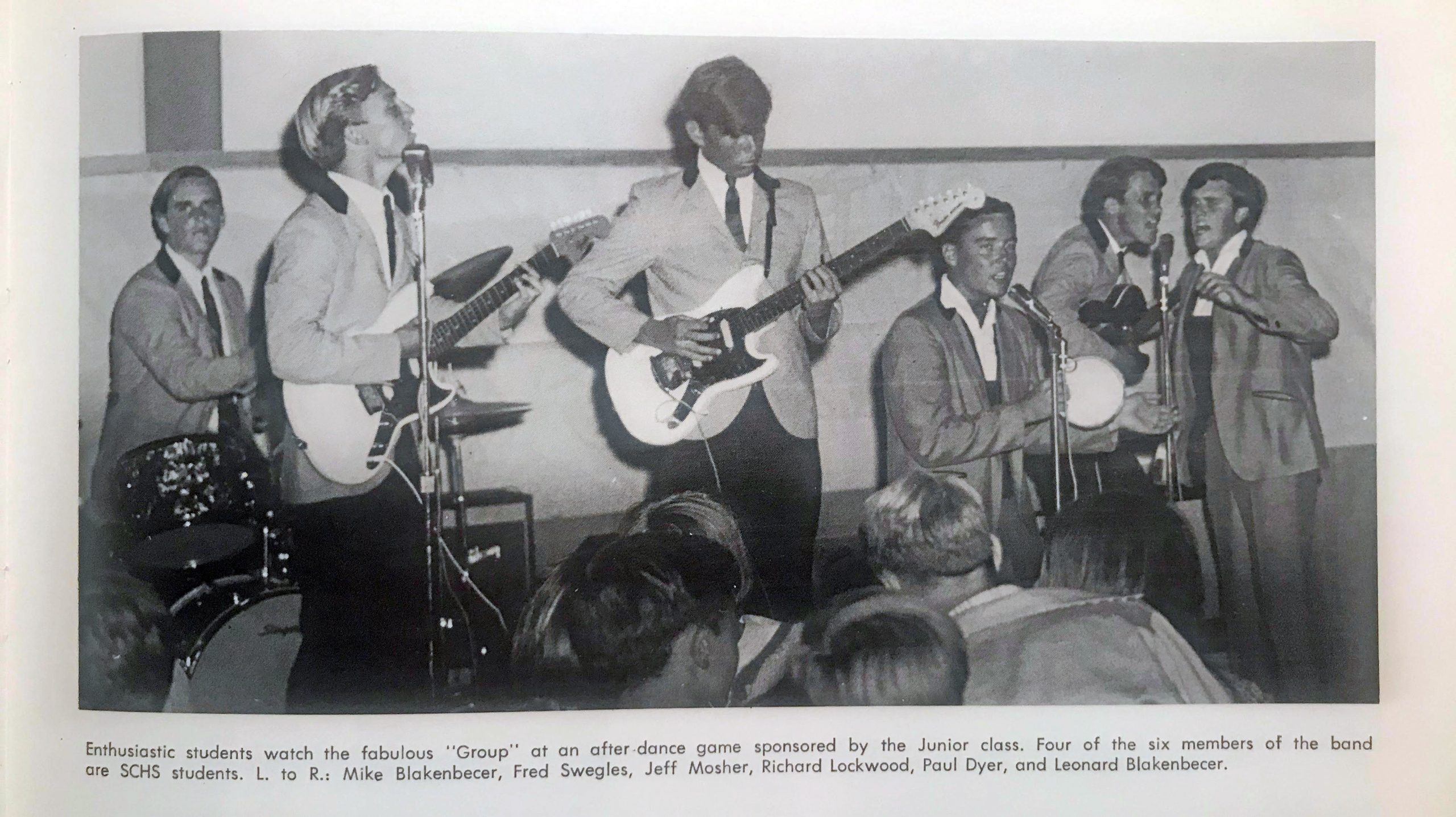 There was a time, during my San Clemente upbringing, that popular music was evolving so fast that my rock band’s playlists might’ve seemed an odd mix.

As a kid, learning to play my Fender guitar, my genre was surf music—twangy tunes such as “Pipeline,” “Tequila,” “Walk Don’t Run” and “Miserlou.”

Surfer stomp dances were the rage at the Old Capo High School Gym, and at the Casino.

As bands including The Beatles, The Rolling Stones, The Beach Boys and Young Rascals took charge, my first band might find us playing a hybrid of instrumentals such as “The Endless Summer” and “Goldfinger,” alongside vocals such as “Please Please Me,” “La Bamba,” “Satisfaction,” “House of the Rising Sun” and “Ferry Across the Mersey.”

I can’t believe the variety of music my first band, The Group, and my second band, The Last Rights, could work into one dance. Imagine belting out “My Generation” right before “Where Have All the Flowers Gone?”, then an instrumental of Henry Mancini’s “Moon River,” or Santo & Johnny’s “Sleepwalk.”

I feel lucky—thankful, on this holiday—for the variety of music my generation came to appreciate over a lifetime.

I learned to like some of my parents’ music, then those surf tunes, The Beatles, The Rolling Stones, The Mamas and the Papas, Bob Dylan, Buffalo Springfield, Lovin’ Spoonful, The Supremes, The Zombies, The Association, Four Tops, The Temptations, Chicago, Petula Clark, Grassroots, Aretha Franklin, Sergio Mendes, Elvis, Stevie Wonder, Burt Bacharach, Santana, The 5th Dimension and more—even some Frank Sinatra stuff I would’ve rolled my eyes at earlier.

There was doo-wop. There was utter silliness. Remember “Who Put the Bomp”? Or “Itsy Bitsy Teenie Weenie Yellow Polka Dot Bikini”?

Just look up “Billboard’s Top 100 of 1966”—my senior year at San Clemente High. You may wonder how such disparate music could be popular all at once.

In the ’70s, I got into James Taylor, Carole King, Elton John, Steely Dan, Gladys Knight & the Pips, Jim Croce, Glen Campbell and countless others. I didn’t play much then. Retiring from a restaurant trio in 1970, I reemerged in the 1980s with Brisa, a jazz trio with Mike Wendell on flute/sax and Ed Hanson on congas—me on guitar—ranging from “The Pink Panther” and “Morning Dance” to “Desafinado” and “Midnight at the Oasis.”

Haven’t done much live music since, except for a one-night reunion of the 1969-70 trio—Mike Chamberlin, Mark Morgan and me—at Casa Romantica. I remember doing Simon & Garfunkle’s “Mrs. Robinson,” Bobby Hebb’s “Sunny” and a ’60s song I wrote, “Music of the Age.”

Before that trio, Mike was with me in our ’60s band, The Last Rights, and in a ’60s group we called Volume VIII No. 44. Volume Eight reunited decades later at our drummer Tom Long’s wedding reception. His bride, Valerie, graciously let him do a 45-minute set.

My first 1960s band, The Group, got to appear in San Clemente’s fiesta parade. Leo Fessenden, owner of The House of Music, got us a flatbed truck and generator so we could rock out San Clemente—Richard Lockwood, Leonard Blankenbecler, Jeff Mosher, Paul Dyer, Mike Blankenbecler and me.

Songs that day likely included The Stones’ “The Last Time,” The Beatles’ “I Feel Fine,” The Kingsmen’s “Louie Louie” and The Yardbirds’ “Heart Full of Soul.”

The Last Rights started up while a TV sitcom band, The Monkees, was taking the nation by storm. Mike Chamberlin, Rich Jones, Dana Fales and I could rehearse as loud as we wanted in Rich’s underground bomb shelter.

We did “Last Train to Clarksville” and a few other Monkees songs, but not their signature song “We’re the Monkees.” We had our own, “We’re the Last Rights.” We opened our shows with it.
It sounded more like Johnny Rivers’ “Secret Agent Man,” which we also did. Our songs likely ranged from The Beatles’ “Day Tripper” to The Association’s “Along Comes Mary.”

The band Vol. VIII No. 44 melded in some Motown. We’d open with The Temptations’ “Get Ready” and work in the Four Tops’ “Same Old Song” together with “My Girl,” “Heat Wave,” “Mercy, Mercy, Mercy,” Beatles songs, The Zombies, The Turtles, The Who, etc.

That band—Mike Chamberlin, Ron Palmer, Jim Summers, Tom Long and me—disbanded when Mike got drafted, sent to Vietnam. He married my sister Barbara in Hawaii. Once discharged, Mike went to broadcast school in Hollywood.

I was then studying at USC on a journalism scholarship. Mike and I enlisted keyboardist Mark Morgan, a senior at SCHS, and we took the name Mark Morgan Trio (MMT).

I can’t believe I spent so much of a school year performing four MMT nights a week at the Bratskellar in Orange. We’d meet there, play from 9 p.m. to 1:30 a.m., go our three separate ways and meet there again the next Thursday night. It helped get me through school.

Our playlist ranged from The Beatles’ “Things We Said Today” and “Let it Be” to Blood, Sweat & Tears’ “Spinning Wheel,” the Classics IV’s “Stormy,” The Cyrkle’s “Turn Down Day,” Bacharach’s “What the World Needs Now” and Sinatra’s “My Way.”

For one of his shows, titled Love Songs of World War II, he invited me to sit in on guitar one night to play something instrumentally.

I didn’t know much 1940s music. I could play “As Time Goes By”instrumentally. But I decided to attempt something more ambitious.

I worked up a 10-minute medley of music not from WWII but about WWII—six orchestral anthems from Victory at Sea, a 1950s television documentary series with which we all grew up.

Sounding out the compositions and adapting them to guitar was a challenge. I put my heart into it. From the reactions at Cabrillo Playhouse, I think the audience remembered the music and it worked. Or at least I didn’t embarrass myself.

I’m thankful for that.

On Life and Love After 50: Do Single Women 65-Plus Prefer to Live Alone?