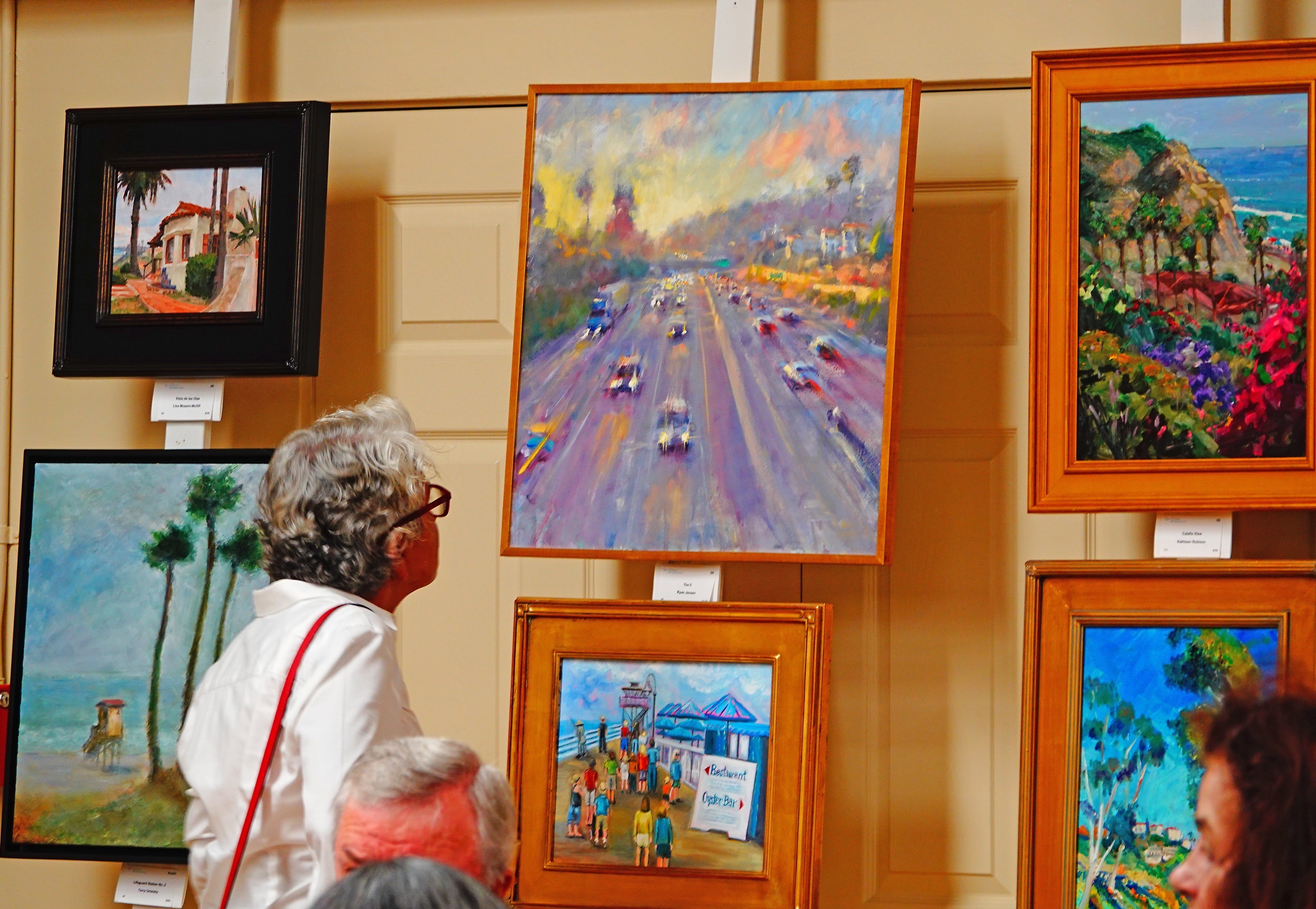 CoastLines: Some Views of Our Town You May Have Never Thought of

One of the most fun things about Paint San Clemente is that it offers us locals a glance at how others see our town.

You don’t have to be an art fanatic to enjoy the works produced by about 90 artists who come here from near and far for a week-long competition held yearly in late June.

A nice collection of paintings and mixed-media works from this year are on display at the Community Center’s art gallery. Stop by. It’s fun to see how artists have interpreted scenes so familiar to us—including the pier, our beaches and Casa Romantica.

It’s also enlightening to notice some artists’ choices of what to paint.

I was surprised this year to see that an artist had selected the Outlets at San Clemente, a painting titled “Shopping by the Sea.” It’s a romanticized image of the outlets in a field of green, with the sea as a backdrop. Another San Clemente scene focuses on the Valero gas station sign as an icon.

One artist selected Interstate 5 as subject matter. I ended up pleasantly surprised. It’s a surreal scene of headlights and tail lights rolling through our village. It grows on you.

A couple of artists selected surfing instruction at the pier as their idea of a beach scene.

I walk or ride my bike by there almost every day without giving the surf instruction a second thought. But when you stop to look at the artist’s detail, there’s a lot going on—including two novice surfers riding a wave in, probably trying to figure out how to stand.

Every year, artists paint our coastal bluffs. I always look to see what they were able to do with the sandstone formations at Calafia.

One artist chose to paint Casa Romantica from a less common angle. See if you can pick out that painting.

There are several night scenes, including a striking one of a family gathered at a fire pit on the beach. Other night scenes look shoreward from the end of the pier. One painting, “String of Pearls,” depicts a string of lights leading up coast to Dana Point, pictured from a San Clemente hilltop.

One artist painted the southbound Cristianitos on-ramp, showing how I-5 curves on its way to Trestles. Eucalyptus trees add a perspective in the foreground. I have no idea what inspired that selection, but it’s gorgeous.

There’s a stylish painting of a surfer on a wave at the pier. The artist caught the wave at an unusual angle, looking almost 3-D, only the deck of the pier visible. It’s clear that the artist knows surfing. The wave rider is a skilled surfer—no novice. The artist got it right.

There are some nice street scenes. One, depicting Surfside Pizza, caught my eye. What conversations were going on at those tables?

flowers. I also liked a beach trail scene that captured a moment in time, a playful dog trying to lunge forward against its leash, ahead of its owner.

Some of the Paint San Clemente scenes were painted in just three hours, in a “Quick Draw” competition. Some impressive renderings.

Between now and July 25, stop by the art gallery at the Community Center, corner of Avenida Del Mar and Calle Seville. Spend a few minutes browsing; see what you think. Admission is free. Hours are noon to 4 p.m. weekdays and 10 a.m. to 4 p.m. Saturday and Sunday.

Letter to the Editor: Responding to Mr. Cord Bauer