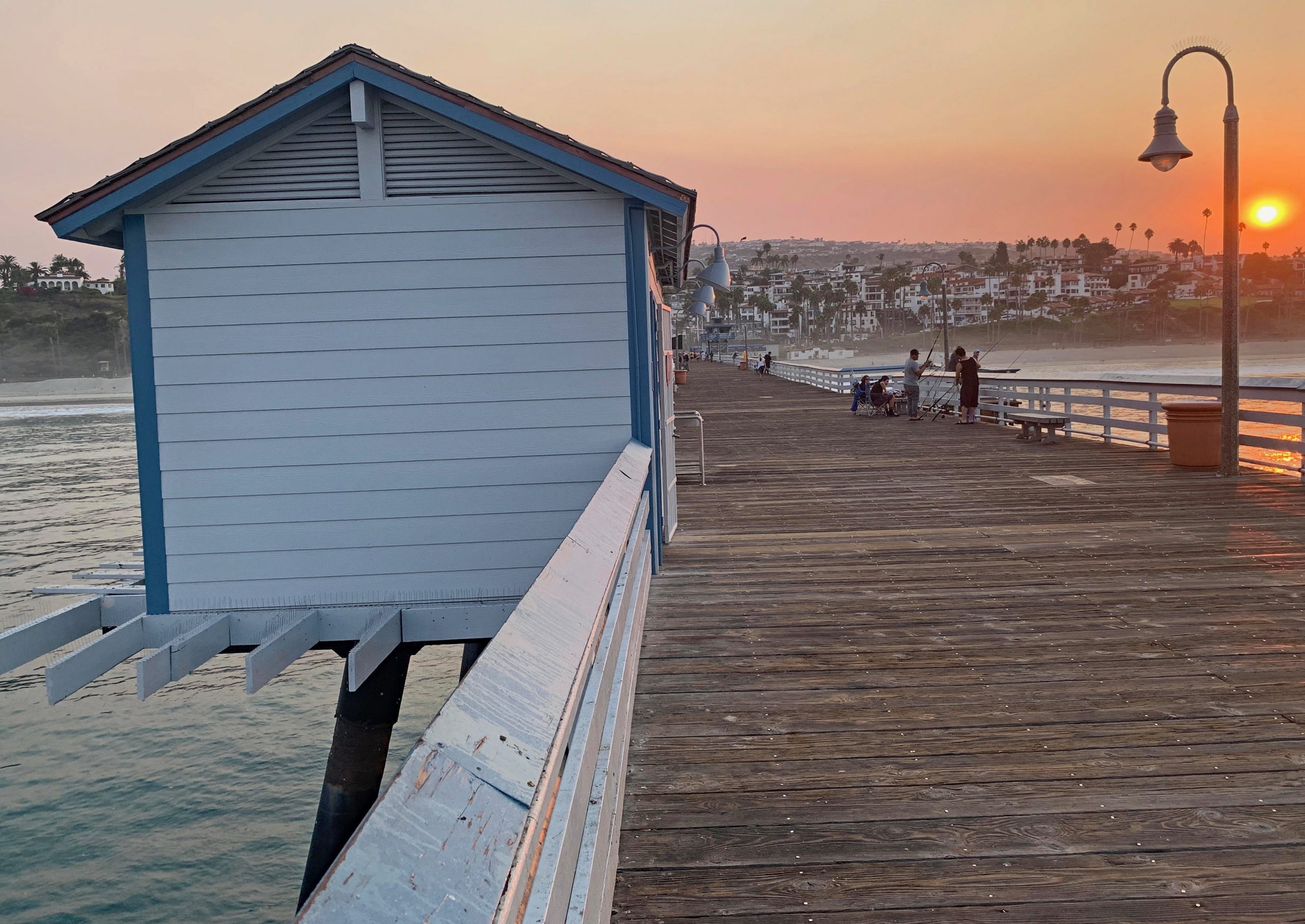 CoastLines: Where in the World Are We? Let’s Take a Look

Wherever you live, chances are you don’t realize how special your hometown might appear to someone visiting from afar.

I tried to convey that sense in a column last week. I invited readers to walk out onto the platform on the end of the San Clemente Pier, turn around and behold the vast North American continent.

See, and you just thought you were gazing at the San Clemente waterfront. There’s actually a much bigger picture, easier to notice if you’re visiting from afar.

Gazing in the opposite direction, from the end railing of our pier, pause to ponder just how vast the Pacific Ocean is.

We view it daily. No big deal. We might glance out at Catalina Island or San Clemente Island, but how far do you suppose that ocean before you reaches beyond the horizon, to the nearest landfall along our latitude, 33.4 North? Maybe Shionomisaki Lighthouse, Japan?

Then what’s past Japan, farther around the globe along our latitude? A web search tells me that Kashmir and Casablanca are about the same latitude as we are. So is the Atlantic beach town of Pawleys Island, South Carolina.

OUR PLACE ON EARTH

Wouldn’t it be fun to display a mileage signpost out on the pier, pointing toward places like Sydney, Singapore, the South Pole, Tanzania, London, Moscow or Iceland?

You could list the number of miles out to San Clemente Island, maybe note another San Clemente, maybe the Philippines’, Argentina’s or Chile’s.

An arrow at pier’s end could point to Mainland USA, 1,296 feet away.

Touristy mileposts are fun-looking—or maybe too garish for our pier. There might be a backlash. Or not.

If you dared to erect a funky, colorful one like Cozumel’s, I suppose you could make it less outlandish by hiding it behind the pier restroom. There are wooden planks, outside the railing, where you could perch it.

It wouldn’t be visible from the Pier Bowl, or walking out on the pier. You’d only see it on the return walk, looking left, beyond the railing. My guess is pier walkers would enjoy it, a conversation piece.

Some people would take selfies with it, as I’m sure some do with a playful octopus caricature the PierPride Foundation recently unveiled on the restroom’s wall facing the deck.

If a milepost “tree” strikes you as too gaudy, another option is a discreet wall painting like Nantucket did. The pier restroom’s blank wall that faces out to sea would do nicely.

Lowestoft, said to be England’s most easterly town, has a circular mileage display along its waterfront. You can only see it by looking down. It’s built into the ground.

You could do a smaller version on the deck at the end of the pier. Lowestoft’s also notes the direction of sunrise on the summer solstice.

Another option could be to put small, inconspicuous plaques at intervals along the end-of-the-pier platform’s railings, noting distances in various directions, with arrows.

Or maybe do none of the above. I’ve seen this done elsewhere. Maybe it’s not appropriate on our pier, too much tinkering.

I’m just suggesting there’s a sense of place that visitors from afar—and, yes, even we locals—can identify with, walking out onto our pier.

HOW AWESOME IS THIS?

I’ll never forget the southern tip of India, at Kanyakumari, where three bodies of water meet—the Bay of Bengal, the Arabian Sea and the Indian Ocean.

To the locals, no big deal. To me, just standing there was awesome.

Another time, I stood on a cliff at the southern tip of Africa, where the warm waters of the Indian Ocean meet the frigid waters of the Atlantic. Unforgettable.

Same rush as immersing my toes on the sandy, finger-like tip of Cape Cod, Massachusetts.

Locally, some 45 years ago, I got to witness a jaw-dropping moment—school children from the Navajo Nation arriving here, hundreds of miles from the desert, by bus to discover the Pacific Ocean. I got to photograph the reactions—not just that impossibly big body of water, but the delight of hopping over waves gushing onto shore, another new experience.

Key West, Florida, has a monument proclaiming the southernmost point in the continental United States. It’s a magnet for tourists.

I mentioned Key West ’s distinction in my column last week, but—oops—I forgot to include the word “continental.” A reader kindly pointed out my omission, particularly embarrassing when discussing sense of place.

I visited both the Big Island and American Samoa decades ago but didn’t notice—I didn’t go there seeking such distinctions.

All could be candidates for a “Where in the World” display along our waterfront. If not on the pier, perhaps elsewhere. Or not at all. Just in the mind.