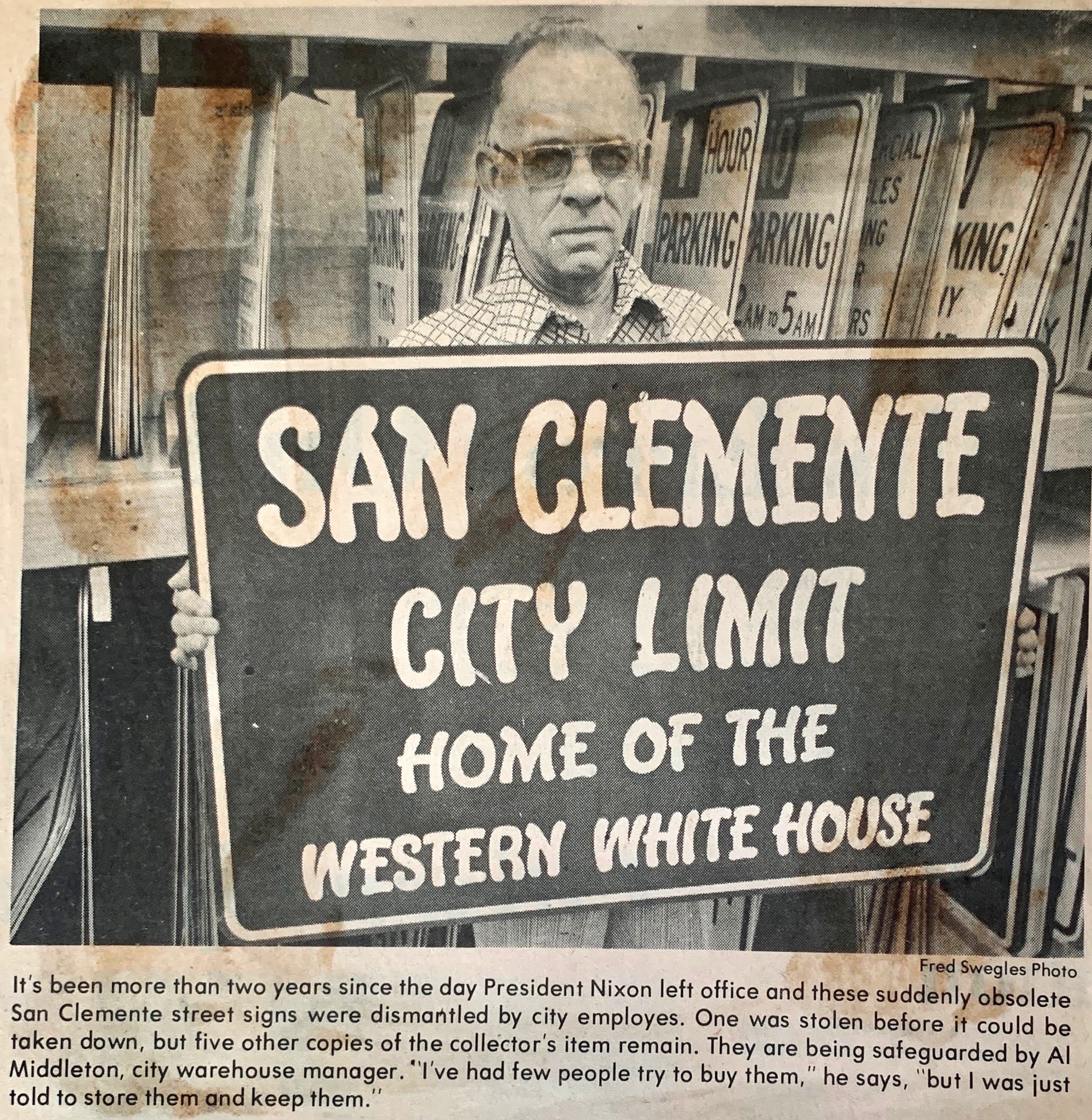 San Clemente locals seem to have no end of lively recollections about meeting or seeing President Nixon during the time he lived here, from 1969-80.

Recently, I asked readers on Facebook, “Did you ever run into Mr. Nixon?” I compiled some of them and printed them, which seemed to delight readers.

One reader asked me if I remembered a farewell party that former President Nixon hosted at the Western White House before he and wife Pat moved to New York in 1980.

“Dr. Risbrudt hired a limo for all of us in the staff to go to the party,” one of the dentist’s staffers reminded me in a Facebook comment. “You were outside, covering the gate to the Western White House, and wanted to hitch a ride in with us. Great times.”

I do remember that. Dr. Risbrudt was my dentist. I was near the gate, trying to connive a way to get into the party.

“Daily Sun-Post staffers had to join other members of the news media outside, even at the party that was held for the local community,” I wrote the next day.

I was able to put together a news story about the party, afterward, by chatting with locals on their way out.

About 500 people attended, I wrote.

Leon Riley, manager at Alpha Beta in which the Nixons bought their groceries, told me that Nixon gave a short speech thanking the community for being so nice to him and his family.

Bill Garcia, who’d done plumbing for the Nixons, said there was a mariachi band and food catered from El Adobe Restaurant of San Juan Capistrano.

Don Baylor, a California Angels baseball star whose home run had just powered the Halos to a 6-5 win over the Chicago White Sox, told us outside the party that the former President planned to attend the next game at Anaheim Stadium.

“He said there’s nothing he’d like better than to see the Angels in the World Series this year,” Baylor said.

Bonnie Koch, whose El Camino Travel Service had handled the Nixons’ excursions since his resignation from office in 1974, said Dick and Pat patiently spoke with every guest in the receiving line. He “just made us all feel like it was very nice to have us there,” she said.