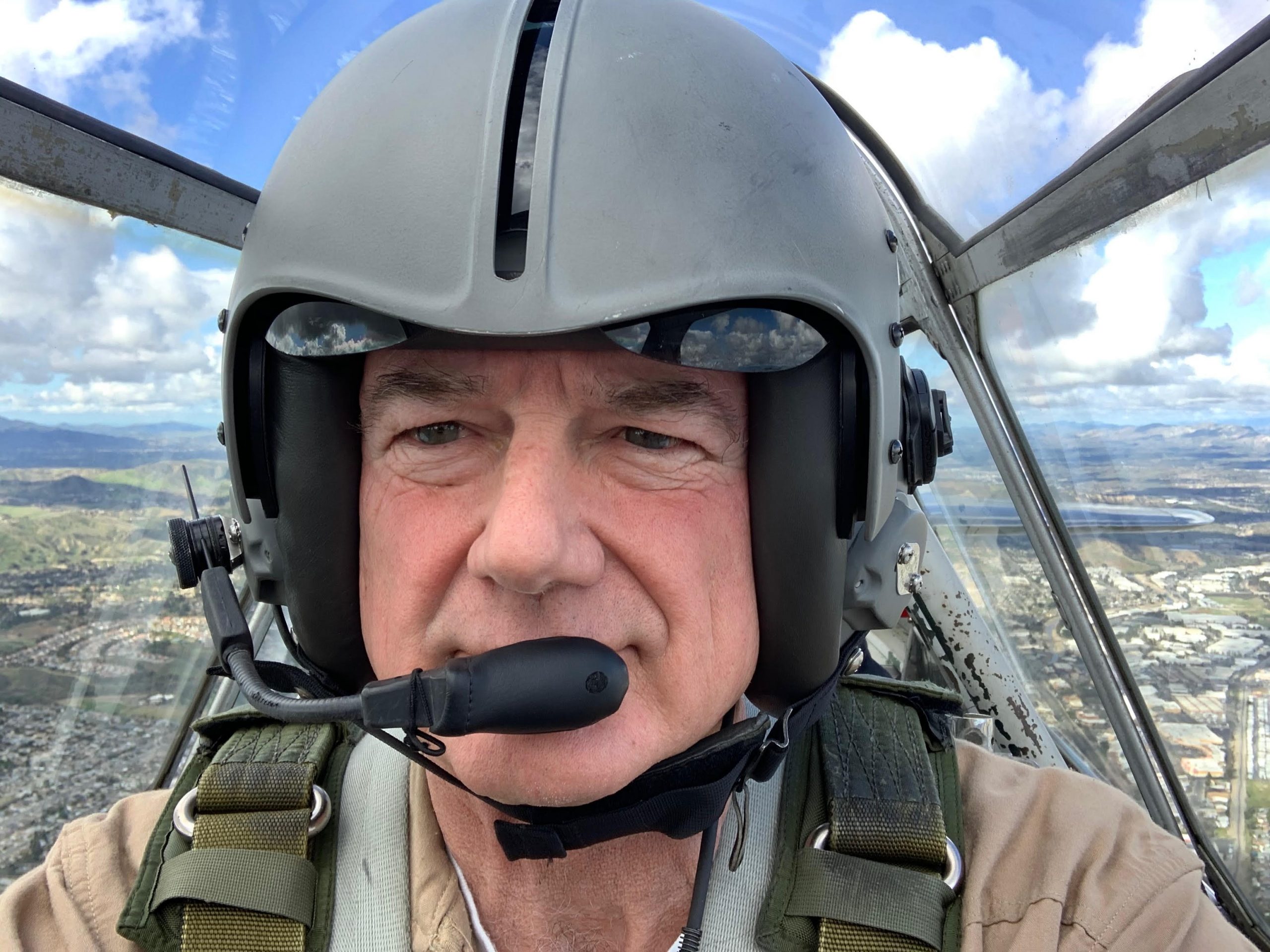 With all the ways a worldwide virus is upending our lives, it was refreshing to witness a yearly icon of summer in San Clemente that visited us seamlessly—like any other year—a formation of World War II propeller airplanes performing a July 4 flyover.

Like clockwork, the Condor Squadron appeared in the skies over our beach at 5:55 p.m.

The squadron is a nonprofit organization, 50 vintage aircraft enthusiasts who fly out of Van Nuys Airport. They appear at holiday observances, veterans’ memorials and other community events. Condors have been a fixture over San Clemente every Fourth of July since 2013.

HOW IT CAME TO BE

As I wrote in 2013, then-San Clemente Mayor Bob Baker was at an Angels baseball game in Anaheim in May that year, seeing the Condor Squadron perform an Armed Services Day flyover. Baker liked the idea, made some inquiries.

“They have agreed to squeeze us into their busy Fourth of July schedule,” the mayor told me after arranging it. “All five cities have agreed to defray some of their expenses.”

Chris Rushing, president of the Condors, was then a San Clemente resident. Now residing in the San Fernando Valley, just a handful of miles from Van Nuys Airport, he has continued to do Orange County coast flyovers to San Clemente every year since—until this year.

This year, “I took four of our pilots and flew over Pacific Palisades, Moorpark and Thousand Oaks,” Rushing said via e-mail. “Rob Sandberg led the second flight, with a different set of pilots, down the coast to San Clemente.”

A HOME FOR CONDORS

In 2013, I decided to write about the Condors, drove out to Van Nuys Airport and met a couple of members and learned about their history. The group had begun there in 1965, purchasing vintage World War II AT-6 trainer planes and building a clubhouse.

In the early years, the Condor Squadron was a search-and-rescue unit of the Civil Air Patrol. I learned that Condor founder Richard Sykes, a former Air Force AT-6 instructor, was father to Mary Sykes Rushing, then wife of Chris Rushing.

“Los Angeles World Airports charges the Condor Squadron $2,000 a month for the property and the building we built 50 years ago,” Rushing said. “For the past 10 years, we have held a fundraiser at the Airtel, which is a hotel on the Van Nuys Airport. If not for that and the generosity of our supporters, we could not survive.”

To replace this year’s fundraiser—canceled by the pandemic—the Condors set up a go-fund-me account. You can learn more and donate at condorsquadron.org.

What is the most fun or satisfying thing about flyovers?

It is nice to see people waving and enjoying our flyovers.  We perform the missing man flyover for veterans’ memorial services. That is the most rewarding—a one-time tribute to a fallen comrade . . . never repeated.

Do you actually get to see July 4 fireworks shows?

Yes, a few of our flyovers are just at sunset and fireworks have started.

Any dramatic memories from the search/rescue years?

Cliff Shirpsher found a downed aircraft. The female pilot was still alive and would send Cliffy a Christmas card every year.

What’s different in 2020, year of the coronavirus?

No fundraiser. And normally there are a lot more flyovers for the Fourth of July where cities have shows.

Are you still in contact with San Clemente friends?

I lived in San Clemente from 1993 until 2015. I absolutely stay in contact with friends. I was a member of the Shorecliffs Golf Club and had many fond memories of playing golf with the local guys and gals. I learned you cannot hit a golf ball out of ice plant.

* For a number of years, the Condor Squadron has teamed up with a nonprofit that operates a vintage World War II vessel, the S.S. Lane Victory, to entertain shipboard guests on educational excursions off Catalina Island.