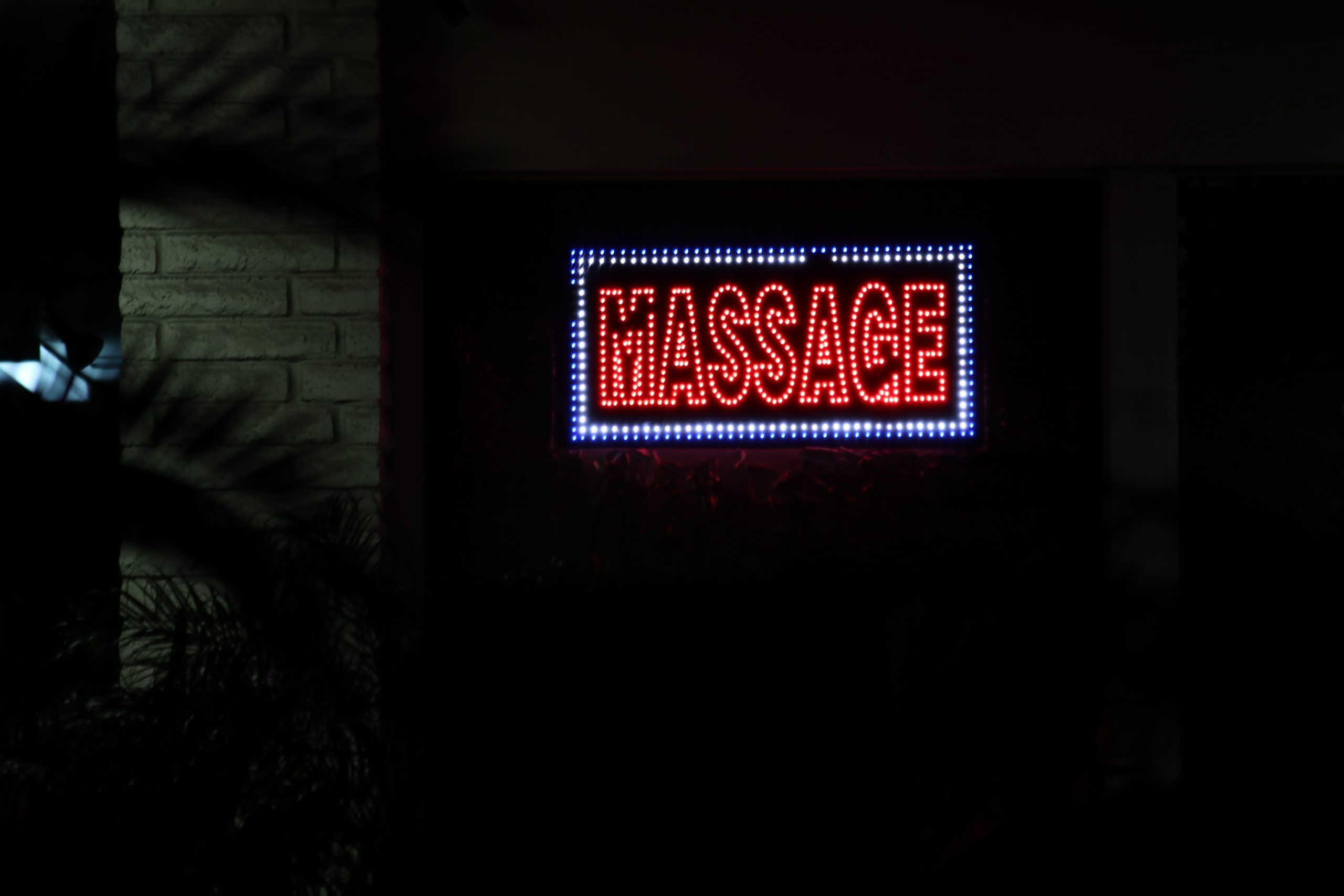 Editor’s Note: This story has been updated to include comments from the Public Safety Committee’s discussion at its Feb. 22 meeting.

The City of San Clemente is taking steps to address the source of human trafficking and illicitly operating massage parlors within the community.

James said at the meeting that the illicit massages were “tantamount to prostitution,” that it marked a blight on the community, and that the problem has and will remain without action taken to fix it.

“From a human perspective, this is organized crime, this is exploitation, this is human trafficking, and there are both young women and young men who are being exploited right here in South Orange County, right here in San Clemente,” James said.

In an interview on Feb. 22, Duncan said the city already has a good foundation, based on work done by previous councils, to update codes and ordinances and have enforcement mechanisms in place to protect current victims and prevent future victims from such establishments.

San Clemente and San Juan Capistrano both passed ordinances in recent years to strengthen regulations on massage parlors, in September 2020 and July 2021, respectively.

Such ordinances mandated, among many provisions, that parlors keep well-lit entrances and remove all locks from rooms dedicated to massages.

After hearing how San Juan might be doing a better job of cracking down on unlawful activity, Duncan and James were motivated to take another look at how the city does the same, which is the only outlined goal of the subcommittee.

They are working with the city’s Public Safety Committee and Brenda Wells, president of the i-5 Freedom Network, to drive forward initiatives that would increase enforcement.

Since San Juan Capistrano passed its ordinance, at least two massage parlors have been shut down, while no massage business in San Clemente has had its license revoked as a result of the local ordinance.

Duncan said his priorities regarding tangible action aligned with those of Nick Berkuta, the Public Safety Committee chair, with whom SC Times spoke on Monday, Feb. 28. Both talked about allocating more resources to Code Compliance Services that would allow officials to be trained on the subject of trafficking and handle whatever issues arise, as well as increasing public awareness.

“They’re strained doing a lot of things, but our Code Compliance is really going to have to take the lead on monitoring establishments, making sure that they are following all the rules, citing them if they’re in violation of any related codes, and taking a real, proactive step to rein in establishments that have been maybe flying under the radar,” Duncan said.

He added that all the partnering entities will work to educate Code Compliance officials to recognize signs of illicit activity and know how to respond.

Given her knowledge on the subject and being tuned into what is happening around San Clemente and the region, Berkuta said on Monday that Wells “is a great resource to the community.”

They recommended three priorities the city could consider, including the dedication of a code enforcement official to receive specific training on illicit activity and human trafficking, increasing the compliance of lodging establishments, and bringing public forums to the city.

“While we have code enforcement, we’d like to see, maybe, a member of code enforcement become a designated subject matter expert in the massage parlor area,” Loeffler said. “That person should be afforded all the training necessary to give them the expertise needed to effectively enforce our massage parlor laws and also make the periodic inspections.”

The group expressed that they would prefer to see Code Compliance be more aggressive in terms of inspecting businesses.

In response, Capt. Tony Benfield, chief of San Clemente Police Services, said a designated official for inspections would change how his office operates. The city is “complaint-based,” in that Police Services responds to issues mainly when they receive complaints about them.

Separately, the Orange County Sheriff’s Department will do periodic inspections and write reports when they find that sexual favors are being exchanged for money at a certain place, in which they will then send the reports to the District Attorney’s office and to Police Services.

Those situations are where Benfield’s team has the “teeth” to deal with the issue, with the support of existing regulations.

“Most of what is being requested here, in Priority (No. 1), is already in place, with the exception of what was verbally described as periodic inspections,” Benfield said.

He added that within those inspections, code enforcement officials can only ensure that businesses have the right licenses, and are abiding by code requirements relating to the facility and operations.

Code Compliance regulates under a large umbrella, and if a person only was an expert on massage establishments, then the department would need experts for “a million different things,” according to Benfield.

“It’s hard to start narrowing focus down on everything, because they work on so many topical areas that, when it comes to a massage establishment, if we get a complaint about it, we need to go and review what the code is,” Benfield said.

No one would be able to retain the knowledge of all the varying laws that regulate such businesses, he said.

“If we had the staff, we could set up periodic inspections,” Benfield responded to a question from the committee.

Wells clarified that their proposal would change what Police Services are looking for, to instead train code enforcement officials to recognize signs of people living inside an establishment and report that back to the city.

At the current stage, Benfield said that he would want direction from the City Council to devote a specific amount of time to the one issue of human trafficking.

Wells pointed out that James and Duncan’s awareness of what the San Juan Capistrano City Council did, in providing a proactive model of prevention, brought them all together for that meeting.

“If (a proactive model is) what’s necessary to happen, that’s what we need to let them know, that a reactive model is not going to achieve the results we’re hoping for, and if you are able to support that with staff, that’s probably the right decision,” she said.

Berkuta added on Monday that the Code Compliance director and the City Council would have to designate the dedication of resources as a priority, and that while determining the city budget for Fiscal Year 2022-2023, the city would also find whether the department has the required personnel or if it could be added.

He also learned that it is difficult to address complaints about possible trafficking activity when they come from third-party sources and are hard to nail down exactly where such activity may be occurring.

Regarding public awareness, Duncan said that the city could initiate outreach to children in grades K-12 and the community at-large that would teach people about the issue, its prevalence, what groups of people may be the most vulnerable, and indicators.

Understanding the signs of trafficking is important, because Code Compliance staff cannot be everywhere at once, according to Duncan.

“We get a lot of good feedback from our residents on different things that are going on in town,” Duncan said. “Educating them is a key component of this, too, so that they have the tools equipped to report to us things that they see, and then we can respond.”

Berkuta added that the city needs the support of the community.

Speaking with SC Times last month, Wells said that key points of her presentations to the Public Safety Committee include recognizing indicators and knowing how to engage at a city level, and complying with state laws such as Senate Bill 970, which requires hotels to train their staff on trafficking and provide additional awareness training.

She also mentioned the importance of having a strong partnership with the OCSD’s deputies.

Duncan affirmed the Public Safety Committee’s role in the process, saying that its members have the experience and time to better digest information coming from the i-5 Freedom Network and other law enforcement partners.

As a proponent of accomplishing tasks and making progress, he said that the city would not be doing its job properly if it only had meetings and discussed what to do.

“We want to have a proposal that is tangible, that is workable, that we can implement right away, and that’s what we’re hoping the Public Safety Committee will come up with—tangible steps we can take right now to make an immediate difference,” Duncan said.

Hightower Loeffler are composing a presentation of Wells’ recommendations as part of the committee’s own two-person subgroup assigned to address human trafficking, according to Berkuta,

“We’re looking at how we can recommend that to the City Council,” Berkuta said. “In fact … (Hightower and Loeffler) are meeting (Tuesday, March 1) with code enforcement folks to say, ‘Is this doable or not?’ Or, ‘What resources do we need to accomplish this if we recommend this? What’s workable?’”

The city is open to communicating with other cities and partners to see if it can use good information, advice, or learn of others’ best practices, but Duncan said it is San Clemente’s responsibility to address human trafficking within city limits and utilize its own ordinances.

“Our organization right now, on the subcommittee, is really focused on San Clemente and doing what we can do,” he said.