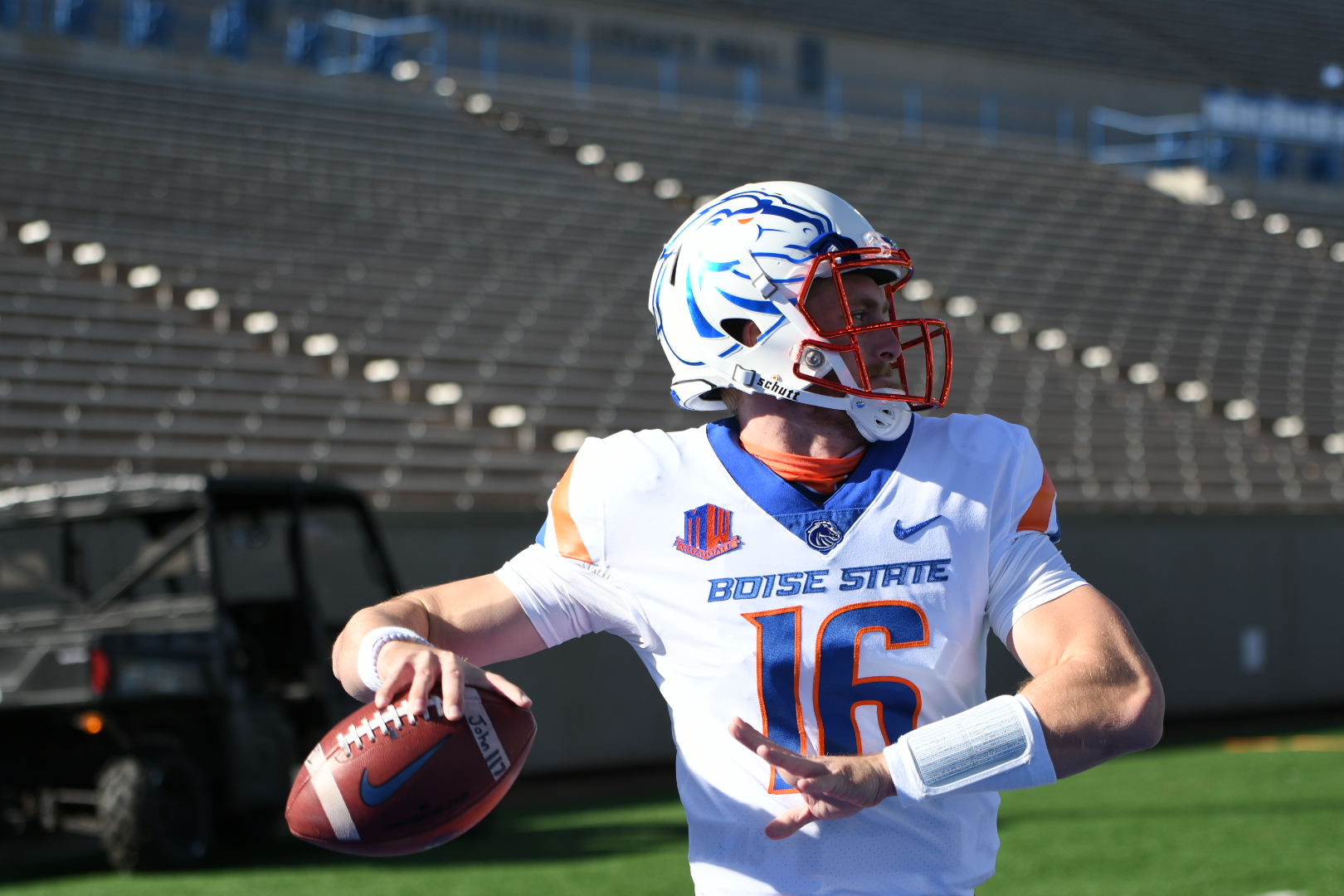 There were five San Clemente High alumni on the rosters during last week’s Mountain West clash between visiting Boise State and Air Force in Colorado Springs, but it was 2016 early graduate Jack Sears who clearly made the biggest impact, from the very first play.

Sears, starting his first game since his graduate transfer from USC, tossed a 75-yard touchdown pass on the first play of the game and eventually accounted for four Boise State touchdowns in a 39-20 win for the No. 21 Broncos.

Sears completed 17 of 20 passes for 280 yards and three touchdowns and carried the ball five times for 36 yards and another touchdown. On Monday, Nov. 2, the redshirt junior was named as one of the Manning Award Stars of the Week for his performance.

Sears started in place of Hank Bachmeier, Boise State’s usual starting quarterback, whom Sears had defeated when San Clemente knocked off Murrieta Valley High for its first and only CIF-SS football championship in 2016. Bachmeier did not travel with Boise State to Colorado Springs for undisclosed reasons. Boise State coach Bryan Harsin did not provide an update on Bachmeier on Tuesday, Nov. 3, which leaves the door open for Sears to start again on Friday, Nov. 6, in Boise State’s ranked showdown against undefeated and No. 9 BYU.

Boise State defensive captain Riley Whimpey, a 2015 SCHS graduate, made two solo tackles and seven total tackles and broke up one pass in the win. Broncos offensive lineman Donte Harrington, a 2016 Triton graduate, got his first action of the season in the game.

Tritons Face Off in Top 25 Matchup

Sears may get the next start for Boise State in a pivotal nonconference matchup between the No. 21 Broncos and No. 9 BYU Cougars in Boise on Friday, Nov. 6, at 6:45 p.m. on FS1.

With both teams not facing any more ranked opponents on their schedule, this game could have College Football Playoff implications, but locally, the focus will be on the clash of high-profile alumni.

Whimpey will try to stop Sears, and Sears may be tasked with outscoring the BYU’s potent offense, led by tight end Isaac Rex.

Rex, a 2017 SCHS graduate, continued to make an impact for BYU with four catches for 31 yards and a touchdown in the undefeated Cougars’ 41-10 win over Western Kentucky on Saturday, Oct. 31. Rex has 16 catches for 206 yards and four touchdowns in BYU’s 7-0 start.

Rex isn’t the only productive San Clemente tight end in the state of Utah.

University of Utah junior Cole Fotheringham and the Utes are set to open their COVID-delayed season on Saturday, Nov. 7, against Arizona at 1 p.m. on ESPNU.

Nick Billoups, a 2020 SCHS graduate, made the Utah roster as a walk-on, but Billoups is one of seven quarterbacks listed, along with two other true freshmen.