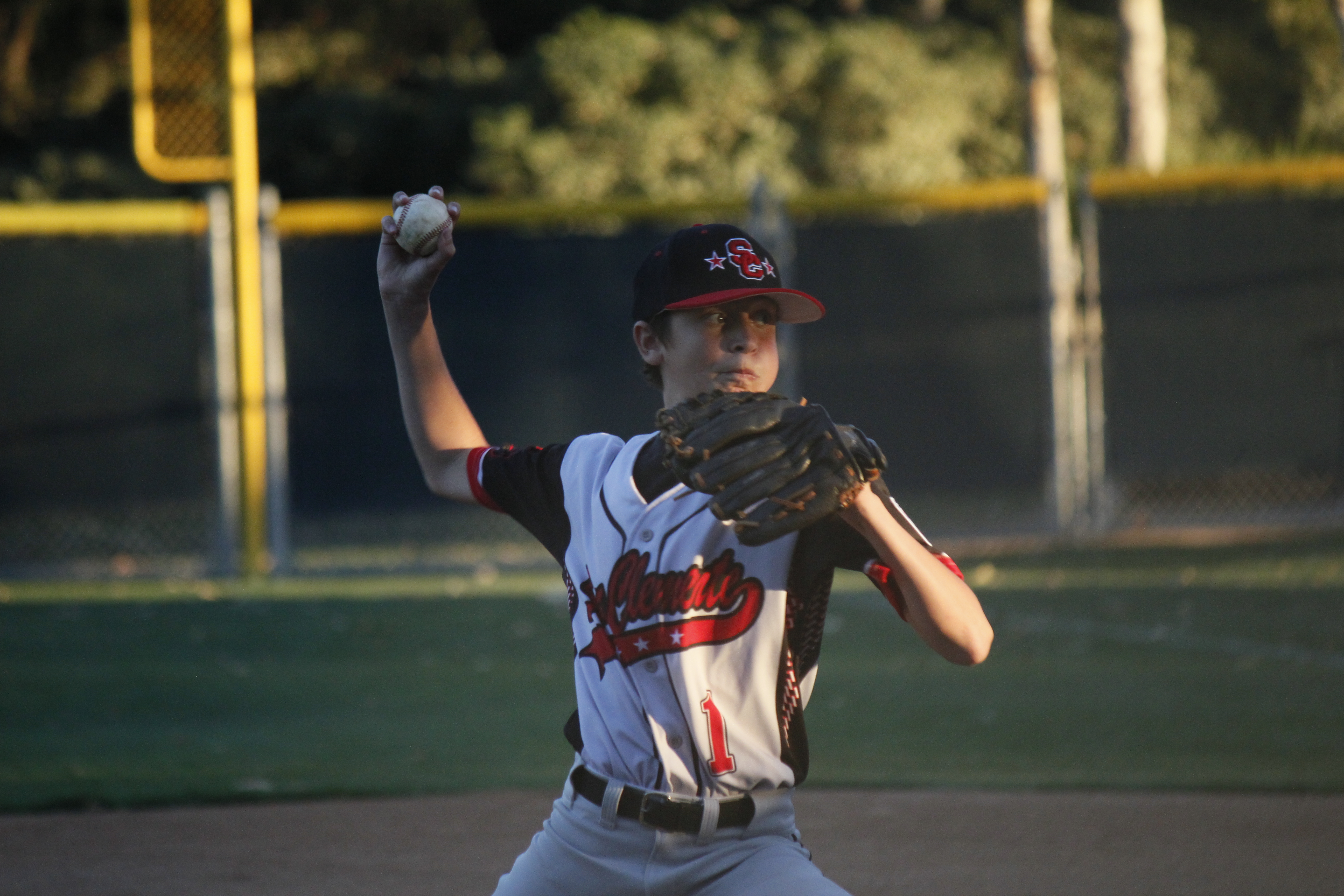 A huge first two innings put the San Juan Capistrano Little League All-Stars up 5-0 with San Clemente on the brink of exiting the double-elimination District 68 tournament on Tuesday, June 26. San Clemente was shut out in its opener against North Mission Viejo, 5-0, on Saturday, June 23.

Then a switch flipped in the third inning. San Clemente strung hits together, the runs piled up and San Clemente’s pitching shut down San Juan Capistrano the rest of the way.

San Clemente scored four runs in the third and three runs each in the fourth and fifth innings to storm back and beat San Juan Capistrano, 10-5, in an elimination game at Cox Sports Park in Ladera Ranch.

San Clemente American plays Ladera Ranch Little League American in the next round on Saturday, June 30. The teams need to win their next four games to advance to the district championship.

“They’ve been battling,” San Clemente American coach Bowen Ota said. “We dropped our first game against a tough pitcher and got down early in this game and the kids just battled back. Everyone contributed. Bench players came in, they all got hits, and played defense. Strong effort all around.”

Ben Moulin and Mario Mira led the way offensively for San Clemente with four RBIs and three RBIs, respectively, and Owen Petri came on in relief to allow only two hits and no runs over the final three innings.

“The confidence just came up,” Ota said. “It takes a hit or two to get started, and then all the boys followed up with hits.”

Moulin started the game on the mound for San Clemente, and while his evening began rough, Moulin got the comeback started with a two-run single in the third inning.

Aiden Nelson tied the game with a RBI single in the fourth inning, and San Clemente took the lead on a two-run double by Mira.

Mira earned an RBI with a bases-loaded walk in the fifth, and Moulin put on the exclamation point with a two-run double in the fifth for the 10-5 lead.

Prior to the game, District 68 honored Long Beach Fire Capt. David Rosa. Rosa, who was shot and killed in Long Beach on Monday, June 25, was a longtime member of the San Juan Capistrano Little League as a president, umpire, board member and coach.

“That was super special,” Ota said. “We have kids whose parents are firefighters. I think we all have someone in our lives that’s a firefighter. It was special that we were able to take part in that.”