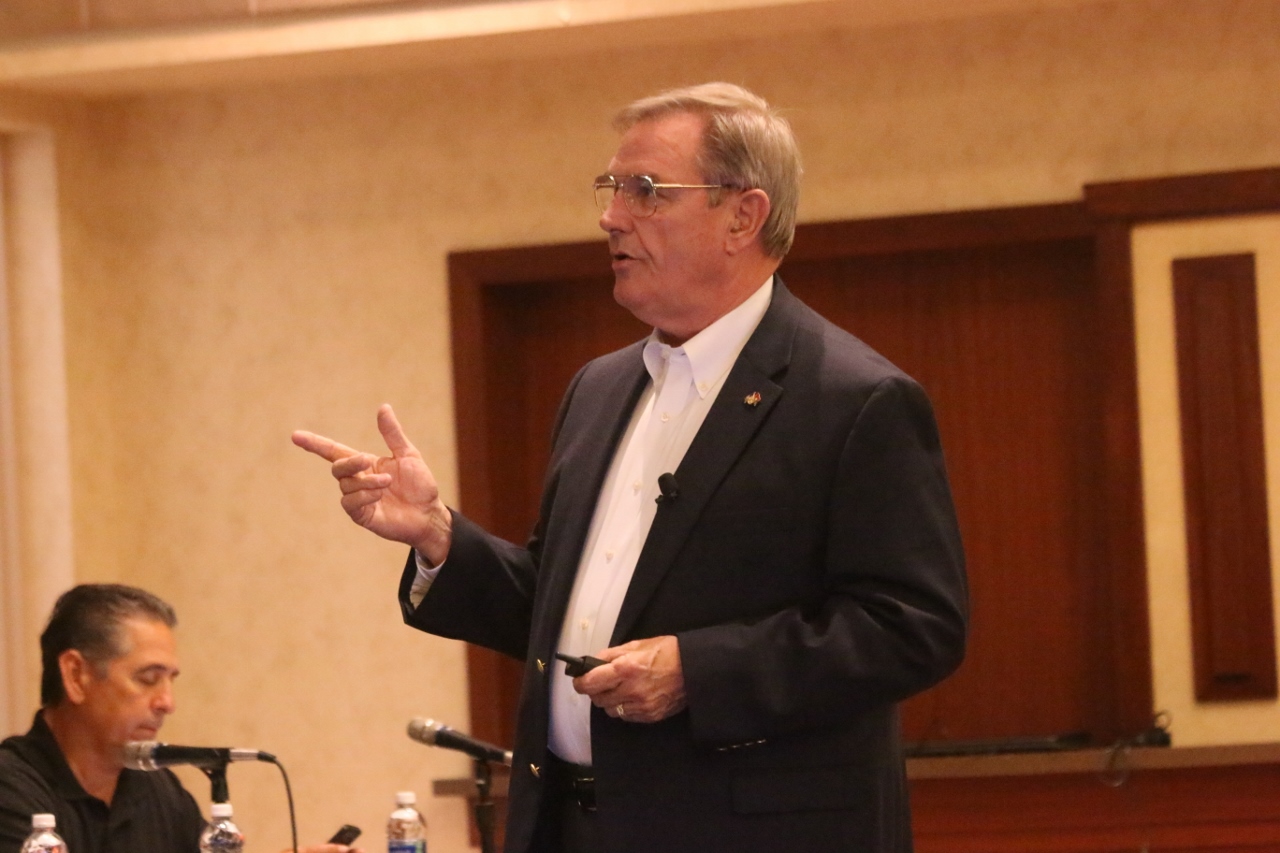 The CEP is a panel of nuclear energy experts from Southern California Edison (SCE) as well as representatives from local municipal and various agencies.

Caughlan said the Marines and the Navy may want to use existing structures of the nuclear power plant, if they’re safe, for training purposes.

“It might be that we like having part of what you now call ‘the plant,’ the two domes, we might want to (leave) there because it makes for a very complex training facility,” Caughlan said. “Once it’s cleaned up, they may want to use that. We don’t know that yet. Whatever is left has to be cleaned up…and safe for use.”

A transmission switchyard, or substation, will also be constructed at the end of the campus to ensure the flow of electricity with the absence of SONGS.

CEP Vice President Tim Brown, who is also a San Clemente City Council member, said he is hoping to invite Neal Driscoll of the University of San Diego’s Scripps Institution of Oceanography to speak to the city’s City Council in the near future, and he encouraged other cities to do the same.

Driscoll spoke to the CEP earlier this year regarding earthquakes and fault lines near SONGS and the threat of seismic activity. During that presentation, he said it’s unlikely an earthquake strong enough to do significant damage to the area could take place, but critics said they are still not convinced that the dry-cask storage would be able to withstand such a jolt.

During the earlier portions of the meeting, officials discussed a current Nuclear Regulatory Commission document that is exploring the ways in which the commission assesses reliability and consistency of storage of spent nuclear fuel.

The public comment period is available online and will be open for comments until Dec. 26.

Additionally, Brown is stepping down from his post as the CEP’s vice president to continue work in San Clemente as a City Council member.