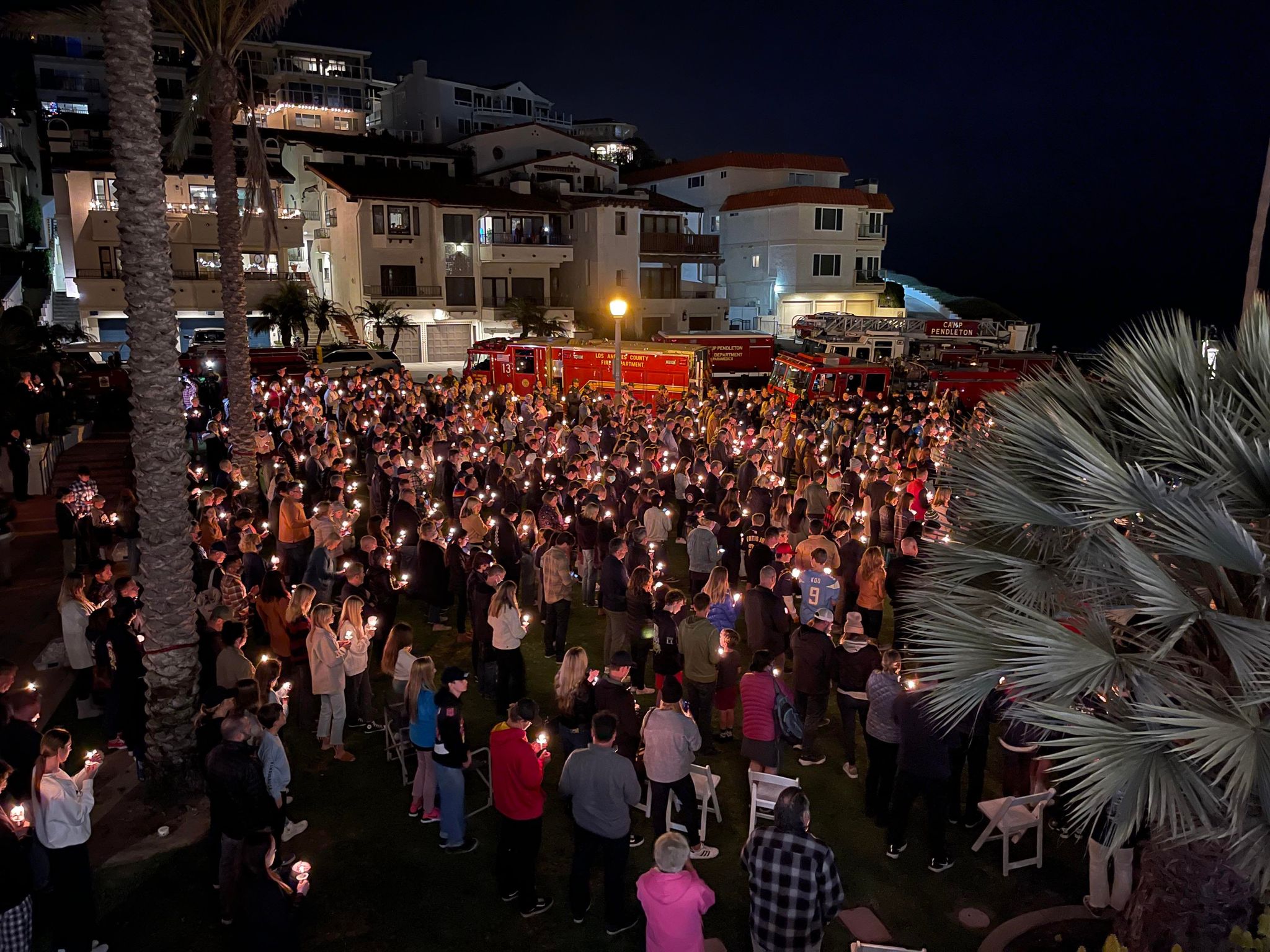 Hundreds of loved ones and community members turned out to the Ole Hanson Beach Club on Monday night, Jan. 10, to show support for fallen firefighter and San Clemente resident Jonathan Flagler.

Flagler, a firefighting veteran of 21 years, died on Thursday, Jan. 6, of injuries related to battling a residential structure fire that occurred in Rancho Palos Verdes. Flagler, who was 47 years old, is survived by his wife, Jenny, and two sons, aged 13 and 15.

The fire started at around 2:20 a.m. in the attic of a home in the 30700 block of Tarapaca Road, and grew as firefighters arrived on the scene, according to the Los Angeles County Fire Department.

“Preliminary information that we have right now leads us to believe that it was the fire and the products of combustion that caused him to lose his life,” interim Fire Chief Anthony Marrone told reporters last week.

In the statement from the International Association of Fire Fighters Local 1014 announcing Flagler’s passing, the Los Angeles County firefighters union said Flagler was “known for his dedication and commitment to the profession.”

The candlelight vigil was just one of several ways the San Clemente community has shown its support in the past few days, in addition to a procession on the day of Flagler’s death and several ribbon-tying events around the city.

Flagler served as a member of the Vernon Fire Department for 19 years before beginning work for the Los Angeles County Fire Department’s Fire Station 83 in October 2020.

“Thank you to everyone who attended tonight’s candlelight vigil to honor brother Jon Flagler and his family,” IAFF 1014 posted on social media. “The love and support within the community and within our (Fire Family) for Jon, Jen and the boys was overwhelming.”

LACoFD also posted, thanking the City of San Clemente for inviting Flagler’s colleagues down to the Beach Club to remember the deceased firefighter.

The fire department said it is not available for comment, as the investigation of last week’s incident remained ongoing and will continue for several weeks.

A memorial fund to support the Flagler family has been up by the union. Donations can be made to the Jonathan Flagler Memorial Fund, either through checks or online.