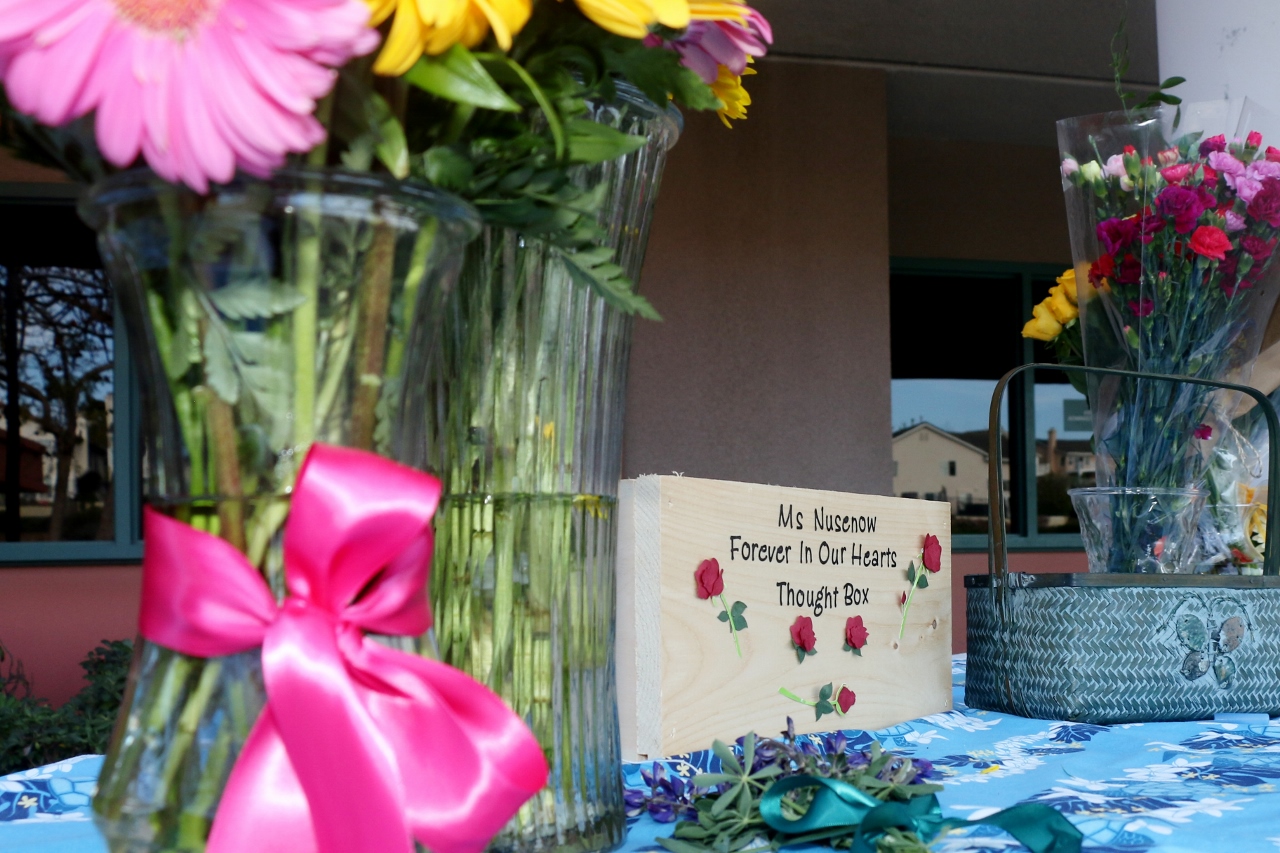 Kristina Nusenow, 49, an elementary school teacher at Marblehead Elementary School, was found dead in her mother’s home on Saturday, March 18. Nusenow died in her sleep, according to people who were close to her.

Nusenow was regarded as one of the most proactive teachers at the school.

The Monday after her death, a table with flowers and a memorial box was placed in front of Marblehead Elementary.

Faith Morris, principal at Marblehead Elementary School, has been the head of the school for four years and worked closely with Nusenow.

“She was there at the opening of the school in 2001,” Morris said. “Before that, she taught at Ole Hanson Elementary School when it was open.”

Nusenow was a fourth-grade teacher.

“She was easily one of the five best teachers I’ve ever known,” Morris said. “I have found that the best teachers don’t think they’re the best teacher, and they’re always looking for a way to reach kids. There’s nothing she wouldn’t try if it would help kids.”

Nusenow was also a coach for the school’s after-school running club and served on the Marblehead Elementary leadership team.

“She was always the first one to sign up on training for something new,” Morris said. “And I think she was really involved in the kids’ lives. If one of her students had a play, she wanted to go to it. She was actually planning on going to a play for a former student next weekend.”

Chris Edman, Nusenow’s boyfriend of four years, was not with her when she died as she was staying at her mother’s home that night.

“I’m devastated, and I go from disbelief and denial to anger and back to the reality that she’s not coming back,” Edman said. “Kristina was the most thoughtful, caring and giving person. She put any of her friends and me and especially her mom before herself. She was the absolute perfect gift-giver. She was just very clever, and she did anything for anyone at the drop of a hat who needed her. She was unlike anyone I’d ever met. She expected nothing in return.”

Edman said she was particularly dedicated to her students and made additional efforts to tend to their education.

“She touched so many kids’ lives throughout the teaching years at Marblehead, and I want all the kids to know that she thought all of her kids as very special and treated them all very uniquely,” Edman said. “Her nephew, she absolutely loved being his aunt. That was one of the things that gave her the most joy.”
According to Morris and Edman, there is no known cause of Nusenow’s death.

“This is a devastating blow to all of us,” Morris wrote in an email.

Marblehead has counselors on campus this week available to children and staff.

There will be a memorial run at 4 p.m. on Friday, March 24, from North Beach to the San Clemente Pier. Participants are asked to wear red, Nusenow’s favorite color.

Memorial services are scheduled for 2 p.m. on Sunday, April 2 at Saddleback Church, located at 1311 Calle Batido, in San Clemente. Nusenow is survived by her mother, her brother and his wife, and her nephew. People seeking more information about Nusenow can contact Chris Edman edmanl.chris@gmail.com.