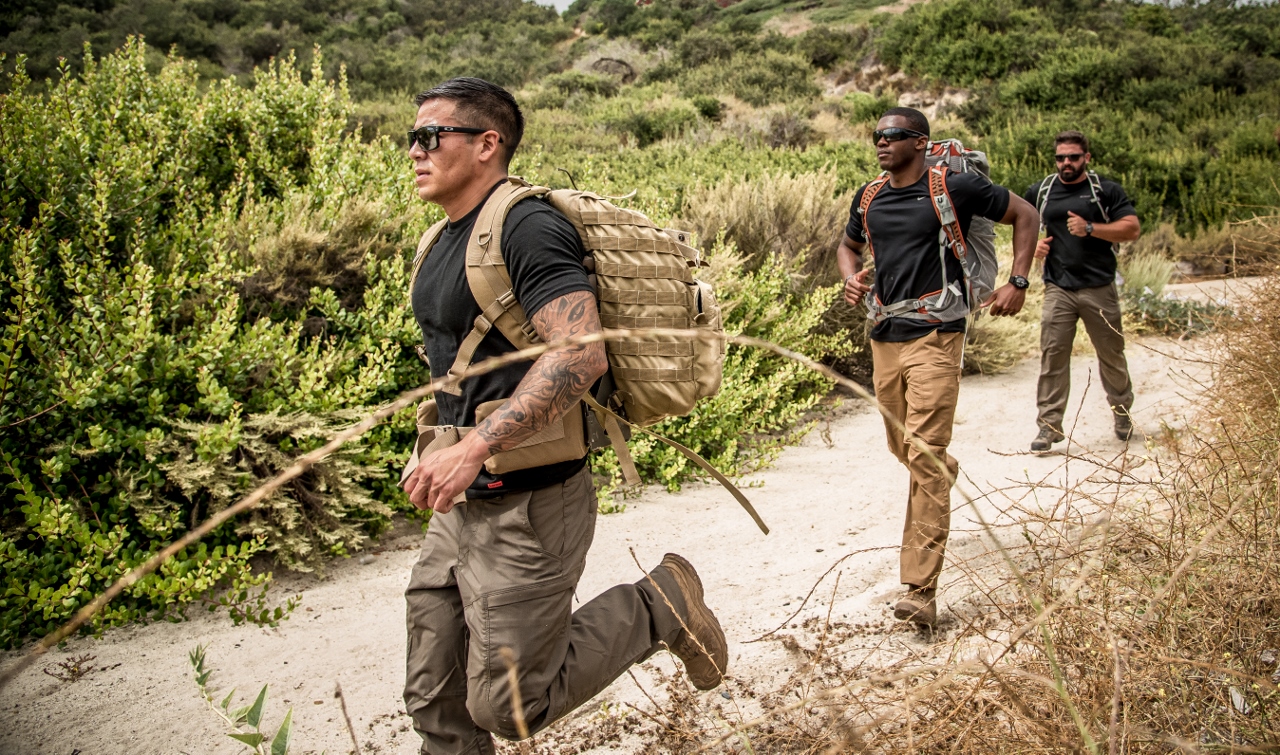 Elements of athleticism will emulsify in the inaugural Marine Raider Challenge, a citywide course to test the endurance of some of the bravest military personnel in the United States.

Starting at 7 a.m. (or dawn) on Saturday, Feb. 17 at the Pier, the competition will begin with an opening ceremony featuring members of the Marine Raiders and Gold Star families,  relatives of military members who were killed in action. The competition starts off with a 2K swim course at the Pier, followed by a 12K hike up the trails along Cristianitos Road. The competitors then travel along Avenida La Pata to the San Clemente Aquatic Center for additional swimming challenges. The route ends at Jim Johnson Memorial Sports Park with a final challenge.

Throughout portions of the race, Orange County Sheriff’s Department (OCSD) will provide safe crossing for the challengers.

During the event, there will be members of the Marine Raiders as well as members from the U.S. Army Special Forces and other military outfits participating. They are all former and active-duty military personnel.

This year, 30 participants divided into two-man teams will compete. Although they are all military personnel, there could be opportunities to host an event that’s open to the public to participate.

Ret. Staff Sgt. Prime Hall, the director of the Marine Raider Challenge, said winners of the challenge will be determined by overall time as well as points accrued from the various strength and conditioning challenges.

Hall was a Marine Raider for eight years and was recently medically retired. The Marine Raider Regiment is a special operations company, similar to Navy SEALs, that was created in World War II. It is part of the Marine Corps Forces Special Operations Command (MARSOC).
“My friends and I wanted to get involved for the cause of helping out our community,” Hall said. “Everything we do is about honoring our Gold Star families, our brotherhood, the competition and healing.”

Hall said they chose San Clemente as the location because most of the board is from the West Coast. He said the city’s proximity to Camp Pendleton and the terrain it provides was a perfect combination for the challenge.

“It’s the pinnacle for us,” Hall said. “It’s this ‘Spanish Village by the Sea,’ and how better does it get than that?”

Ret. USMC Capt. Derek Herrera, a San Clemente resident and founder of local company Spinal Singularity, was part of the Marine Raiders until he was severely injured in Afghanistan in combat zones. He was paralyzed from the midsection down. Herrera now uses an exoskeleton to maintain mobility, and is a board member of the Marine Raider Challenge.

“Prime and I and one other Marine, Pete, sat around and came up with the idea, and we’re all on the board and founding board members and want to help out,” Herrera said.

Herrera said this year has already been a success based on the funds that have been raised for various charities, such as the Marine Raider Foundation, the Green Beret Foundation and more.

“We wanted to promote three things: competition, camaraderie and cause,” Herrera said. “This physical endurance challenge is to create healthy competition for the Marine Raiders and other special operations veterans. The camaraderie aspect is to reunite current and former special operators and engage with the city of San Clemente.”

None of the competitors are charged an entry fee, but they all have a Facebook page dedicated to giving to foundations.

“This entire organization that we created and the event are designed to create an opportunity to tell the story of the special operations community and to give back,” Hererra said. “So far, with our competitors, we’ve raised a little more than $60,000.”

Medical personnel will be on-site at the swimming challenges and the hike as well as the Pier swim. Some of the medics and physical therapists on hand were part of special operations, Herrera said.

The events and celebration at Jim Johnson Memorial Sports Park is slated to be open from noon to 4 p.m. with a food truck, a DJ and vendors. Participants are expected to cross the finish line around 2 p.m., but the course will be open until about 5 p.m.

For the challenge to take place, Hall had to get several permits from various agencies, including San Onofre State Park, the city of San Clemente and OCSD. The length of the route is 19 kilometers (11.8 miles) and is involved in various stations around the city.

“Prime was very proactive in getting his application in early,” said Samantha Thomas, the recreation manager for the city’s Beaches, Parks and Recreation Department. “He’d been working with us for about a year. It’s safe to say this is the largest event we’ve ever had, as far as distance.”
Hall said he wants the challenge to be an annual event in San Clemente.

Personnel from San Clemente Ocean Festival and the Underwater Torpedo League will assist the challenge for the ocean swim.

More information about the Marine Raider Challenge can be found at www.marineraiderchallenge.org.

The best place to find out more about the challengers participating is to go to the Marine Raider Challenge Facebook page at www.facebook.com/marineraiderchallenge/. Many of the competitors’ fundraising efforts are hosted on the page.

The event is still open for volunteers. To get involved, call 956.224.0055 or email prime@marineraiderchallenge.org.

When and Where to Watch

Times may vary when competitors will arrive. People will be able to spectate from the sidelines of the route.