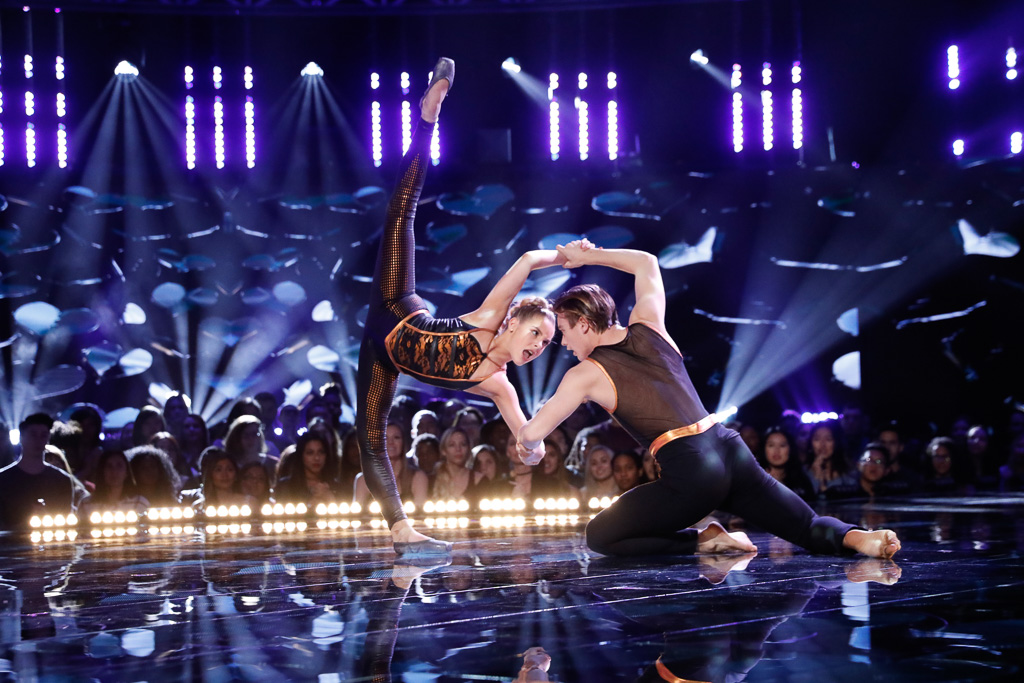 A San Clemente dancer and his partner are making headways on the NBC television show World of Dance, as they recently knocked off a champion in one category from last season.

Marcus Sarjeant, 18, and his partner from Arizona, Avery Gay, 14, put on explosive performances in their qualifier and duel categories last month, and the energetic ballet duet is stunning the show’s celebrity judges with impeccable synchronicity, speed and agility.

“We’re feeling pretty good about it; we’ve been getting good feedback and support,” said Gay in a phone interview with the SC Times on Tuesday, Aug. 14.

Marcus first became interested in ballet while taking lessons at the San Clemente Dance and Performing Arts Center. He also took a shine to musical theater at San Clemente High School, but he soon moved up to the Orange County School of the Arts.

The pair’s performances are not the traditional, classic ballet set to the tunes of Tchaikovsky; they’re supercharged and modernized, evidenced by sentiments of the studio where Gay and Sarjeant train, BalletRED, in Los Angeles.

“The BalletRED spectacular is not to be mistaken for a dance concert, but rather an extraordinary display of uninhibited imagination intersecting the arts.” according to the studio’s website.

Josie Walsh is the head instructor of the studio.

“I think our teacher, Josie, has helped us through everything, and without her we wouldn’t have gotten as far as we have,” Gay said.

In one of the most recent episodes, Gay and Sarjeant defeated last year’s champion of the duels category, Eva Igo, who was also the overall runner-up last season. Contestants are able to select who they face in the duels stage of the competition.

“I think (our success comes from) having strong teamwork, and when we work together we really meld, and we’re a great partnership and that’s been a reason for our success,” Sarjeant said.

Gay said she is homeschooled in Arizona and has made six-hour trips to Los Angeles to train with Sarjeant, a testament to their dedication.

“We just want to show people that even though ballet is…a classical art form and has been around for so long, it has appeal to (broader) audiences,” Sarjeant said, adding he wants to see more people from his generation experience all the art form can be. He said he and his partner’s  success on the show “totally validates it.”

Sarjeant is expected to attend Purchase College (a division of SUNY) this school year to study dance. After he graduates, he said he’d like to join a ballet or dance company, perhaps in Europe. Gay, who has a few years before college, said she’d like to follow in her dance partner’s footsteps.

“I think just being comfortable with each other (is part of the success),” Gay said. “We treat each other like brother and sister. We just practice a lot.”

“We both trust each other, and that lends itself to creating our work and trying something that might sound crazy but contributes to the piece and helps the piece,” Sarjeant added.

Due to confidentiality agreements, the next broadcast date of Gay’s and Sarjeant’s performance cannot be disclosed. Check local listings on NBC for a chance to see the pair perform on World of Dance.