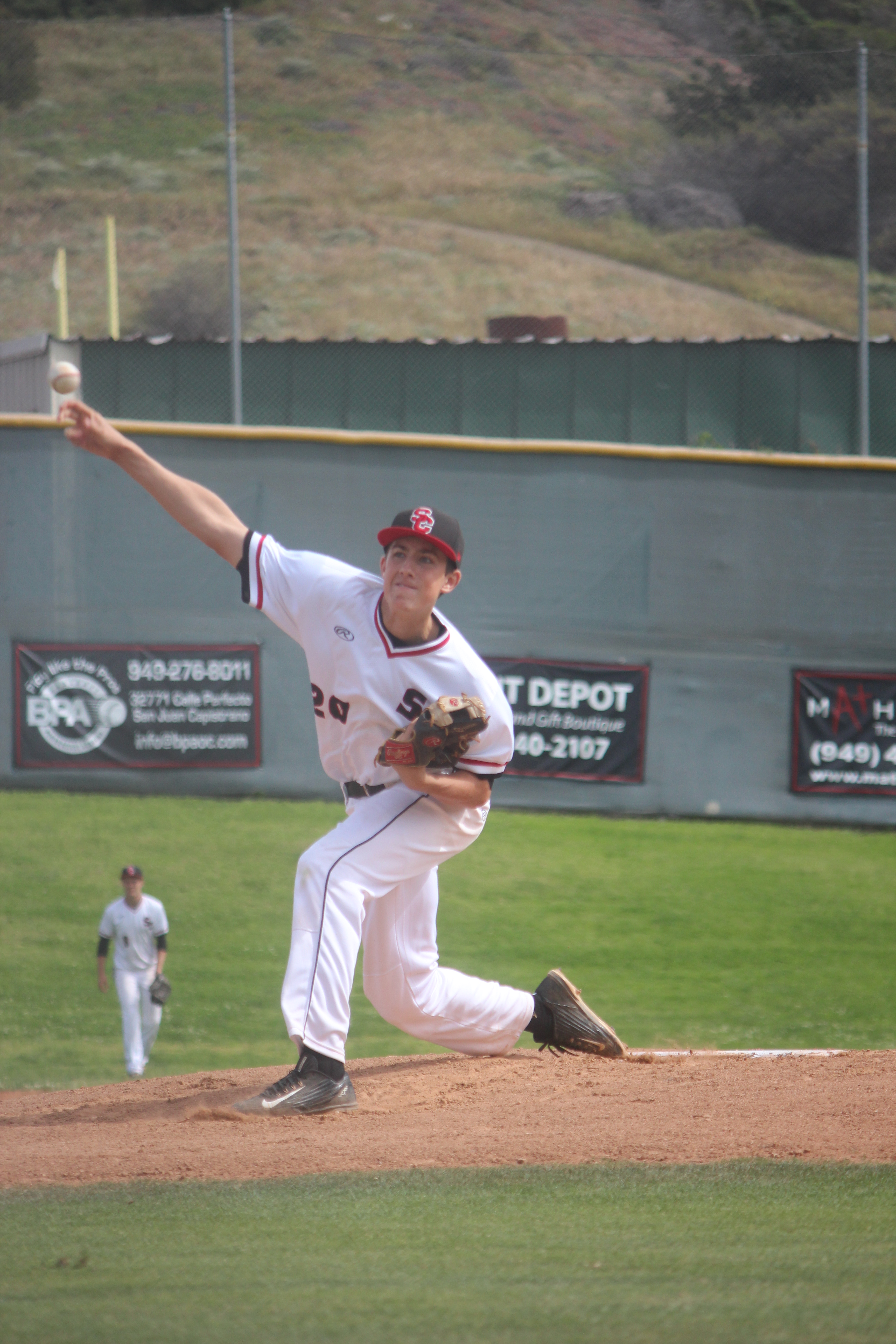 The San Clemente High School baseball team picked a perfect time to have its best game of the season.

The Tritons hit, pitched and defended their way past visiting San Juan Hills 7-0 in a Sea View League game on April 6.

San Clemente got five scoreless innings out of its starter, Mike McGreevy, who allowed only three hits. McGreevy did not walk a batter and allowed only one Stallion runner to reach scoring position. McGreevy gave way to reliever Nathan Fleariau in the sixth inning and the junior left-hander made short work of the Stallions to close out the game.

San Juan Hills was held to just four hits and drew one walk.

San Juan Hills entered the game riding a seven-game win streak and had a collective team batting average of .313. But the Tritons pitchers and defense, led by third baseman Spencer Bramwell and shortstop Eric Burckle, stymied the Stallions in their league showdown.

“We were excited to come in here and we knew this was a big ball game and we just didn’t’ play well,” San Juan Hills head coach Jeremey Wooten said. “We have to flush it down and come together as a team and just look forward.”

San Clemente got on the board in the second inning following a solo home run by senior Tanner Brubaker. Brubaker went 2 for 4 and drove in two RBI.

San Clemente scored one run in each of the next two innings and broke through for a big three-run fifth inning. With two outs and the bases loaded in the fifth, San Juan Hills’ Riley Glenn issued a walk to Jordan Fitzgerald to give San Clemente a run. Glenn then hit the next batter, Charlie Loust, and, after another Stallions pitching change, reliever Justin Dunham hit Derek Cratty to bring three runs home for San Clemente.

San Clemente has now won three in a row.

The Stallions entered the game as one of the hottest teams in Orange County. San Juan Hills picked up two league wins over Laguna Hills and Mission Viejo on March 18 and March 22, respectively, and carried the momentum into the Anaheim Lions Tournament on March 26. San Juan Hills went 5-0 at the tournament.