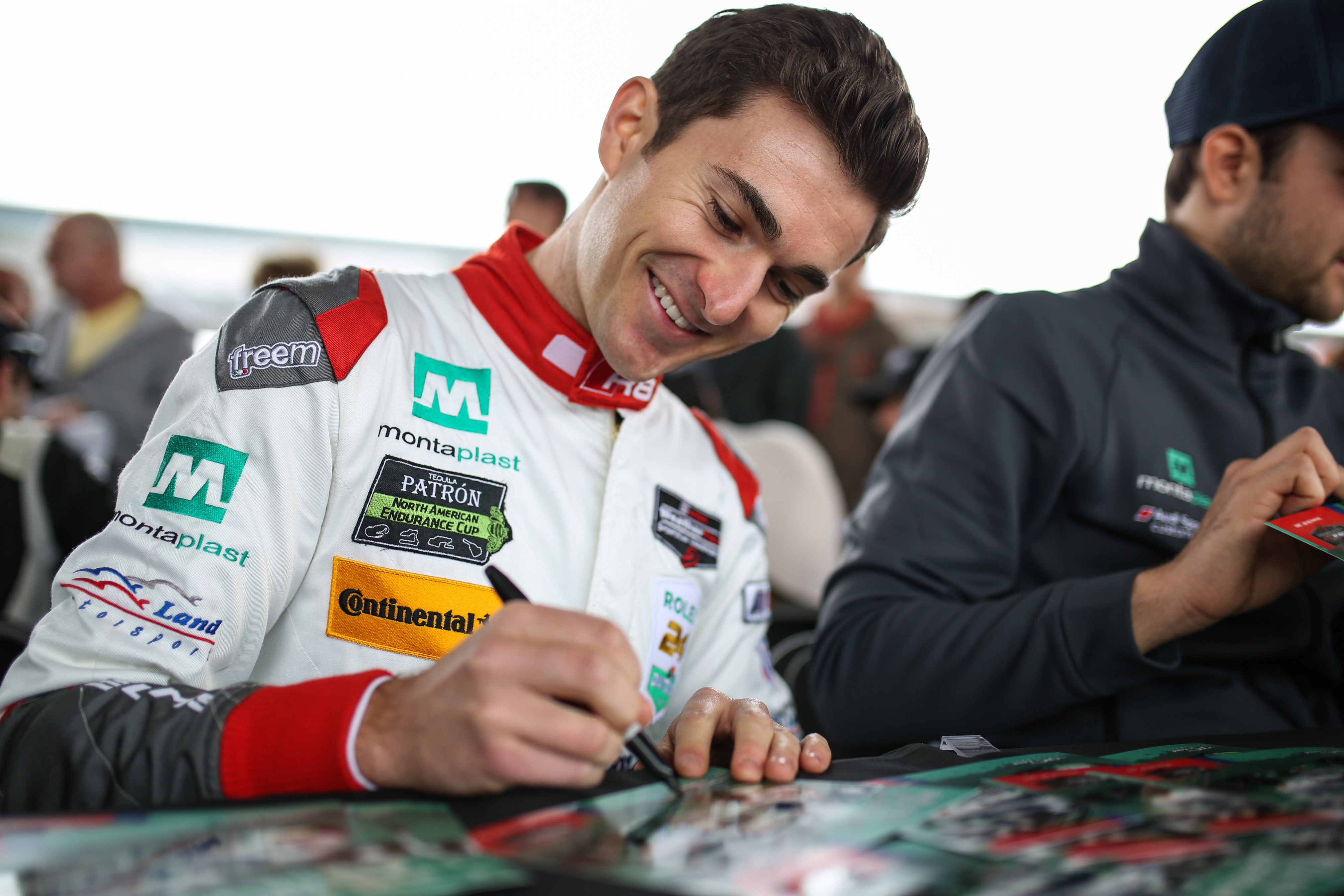 It was in the early-morning hours and the pouring rain of Daytona, Florida, that Connor De Phillippi had one of the biggest moments of his career.

The 24-year-old San Clemente native and professional race car driver had been tabbed by Team Monoplast by Land-Motorsport to navigate his team’s Audi R8 LMS GT3 supercar around the historic track at Daytona International Speedway in the middle of the night in horrible driving conditions.

De Phillippi settled in behind the driver’s seat at midnight, his team vying for the prestigious Rolex 24 at Daytona, a 24-hour long endurance race. By the time De Phillippi exited the car to get some much-needed rest, it was 3 a.m., and he had staked the team to a big lead.

Hours later, the 24-hour marathon race became much tighter, and was decided by the closest of margins. De Phillippi’s team lost the lead late, and finished three-tenths of a second behind the eventual winner in their race class. It was the first time De Phillippi and his Germany-based team competed in the United States.

De Phillippi and the Land-Motorsport team claimed the ADAC GT Masters and VLN Endurance Championship at the famous Nüburgring as part of a successful 2016 season. In all, De Phillippi and his team won five European circuit events, which gave them the momentum to travel overseas.

“Performing the way we did in our first appearance (in America) was a huge positive,” De Phillippi said. “This was our first time in that situation and it was a huge deal. Finishing on the podium and nearly winning at this level was something we can be extremely proud of.”

De Phillippi’s experience racing in Europe helped him have his signature moment in the pouring rain at Daytona, where he built what was at one time a 25-second lead on the second-place car. As a result of racing year-round in Germany and Austria, driving hundreds of miles an hour through the rain has become second nature, De Phillippi said.

“I was loving it. I felt like I was in my second home,” De Phillippi said of his late-night charge. “Not a lot of people are used to racing in the rain in the U.S. But my Euro blood kicked in. It gave us a little bit of an edge. It was like we were racing back in Germany.”

De Phillippi, who moved to Germany four years ago, was one of four team drivers that competed in the Rolex 24 at Daytona. During endurance races, De Phillippi says each team member drives for about two to three hours at a time while the others try and rest as best they can, which can be difficult given all the noise and adrenaline.

De Phillippi will remain stateside, and compete in the 12 Hours of Sebring endurance race at Sebring International Raceway in Florida on March 16.