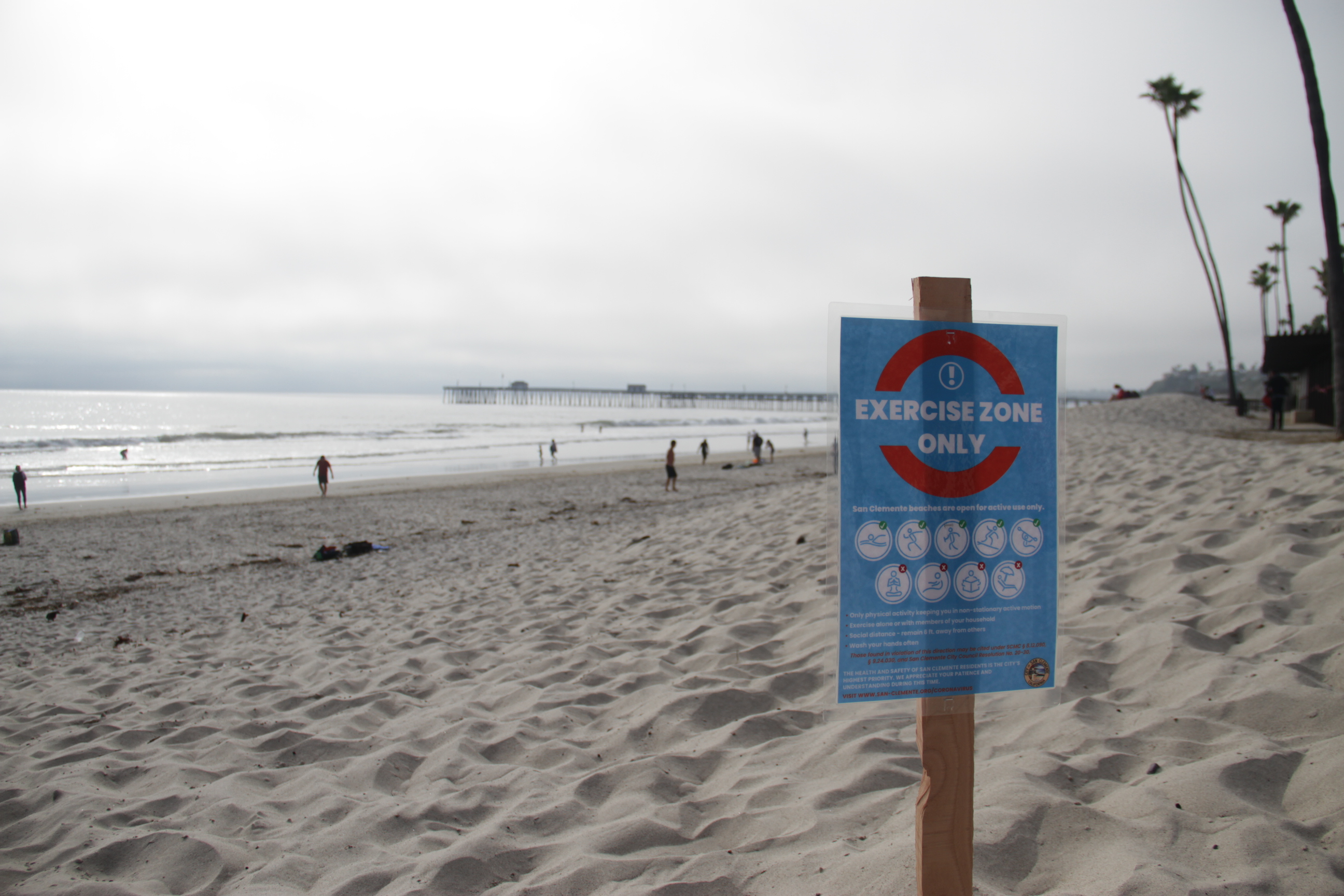 During, what at times was, a heated city council discussion regarding Gov. Gavin Newsom’s recent order to close all of Orange County’s beaches, city officials on Friday night, May 1, explained that the city’s role is merely to notify beachgoers of the closure, leaving enforcement and citation actions to the discretion of the responding officer.

Newsom on Thursday, April 30, issued a targeted and temporary directive for all beaches within the county to close effective Friday morning. The move served as a direct response to the influx of beachgoers who flocked to some of the county’s coastal cities this past weekend amid a heat wave that rolled into Southern California.

In light of the directive, the neighboring coastal cities of Dana Point and Huntington Beach convened their own emergency meetings Thursday, when the city councils from both towns voted to file lawsuits against the state, seeking a temporary restraining order against the closure.

That motion to block the closure was denied Friday by Orange County Superior Court Judge Nathan Scott who felt that the court had limited time to consider the “very serious issues presented,” according to a city of Dana Point statement. Scott also said he felt compelled to defer to the state’s concerns about public health.

Acting Mayor Laura Ferguson called for Friday’s special meeting—the second one within the past week—to discuss the governor’s order via teleconference. She would later note in the meeting that she had initially considered proposing a motion to join in the lawsuit, but decided against it based on the council’s discussions.

Councilmember Kathy Ward later stressed that the governor’s order is temporary and will only be in effect until the county, with cooperation from the local officials, can get social distancing guidelines in place at the beaches.

Such guidelines, both Ward and interim City Manager Robert Dunek noted, are likely to similarly mirror the active-use restrictions the city recently imposed at San Clemente’s beaches this past weekend.

Dunek said that based on conversations he’s had with local, county and state officials on Friday, the state would move to quickly lift the closure if the county’s coastal cities can implement similar active-use plans the city of San Clemente put into place.

“I am somewhat optimistic that we would at least be able to get back to where we were and we will be placing that plan in that office by the end of this weekend and hope for a quick turnaround,” Dunek said. “We have been promised a very quick turnaround if the plans are consistent with the goal to ensure the COVID-19 virus is not spreading.”

In regards to local enforcement of the closure while it’s in place, Dunek said the city is taking an educational approach to the matter, letting people who are on the beach know that the area is closed.

“Our first step is to educate and seek voluntary compliance,” Dunek said, continuing that “it would be at the discretion of the officer involved in that exchange as to whether further action is required.”

Though the beach is closed, Dunek said the beach trail will remain open.

Ferguson had also explained that city staff put up signs explaining the beaches are closed per the governor’s order, but has not put up any fencing to block off the beaches.

From the onset of Friday’s discussion, Councilmember Chris Hamm was audibly irked by the convening of the meeting, accusing Ferguson and Councilmember Gene James of using their social media platforms to “grandstand” and spread “false information.”

Responding to Hamm’s criticism, James argued that he wasn’t grandstanding and that the reason for the meeting was “because there’s a despot 450 miles from San Clemente who’s ruling us like we’re subjects, not like we’re citizens.”

Hamm quickly followed James’ remarks to state, “that sounds like grandstanding to me.”

Near the end of the session, Hamm questioned why the council needed to meet.

“I don’t know what’s more of a joke, the governor’s order or this meeting. Are we going to make a motion?” Hamm asked.

James later responded that while no major action was taken during the meeting, “it was important to clarify with the city manager and city attorney what role we’re playing in this.”

Ferguson echoed those sentiments, stating that the community had many questions that needed to be answered.

The council will convene its regular session meeting on Tuesday, May 5, via teleconference. That meeting will be livestreamed on the city’s YouTube channel.