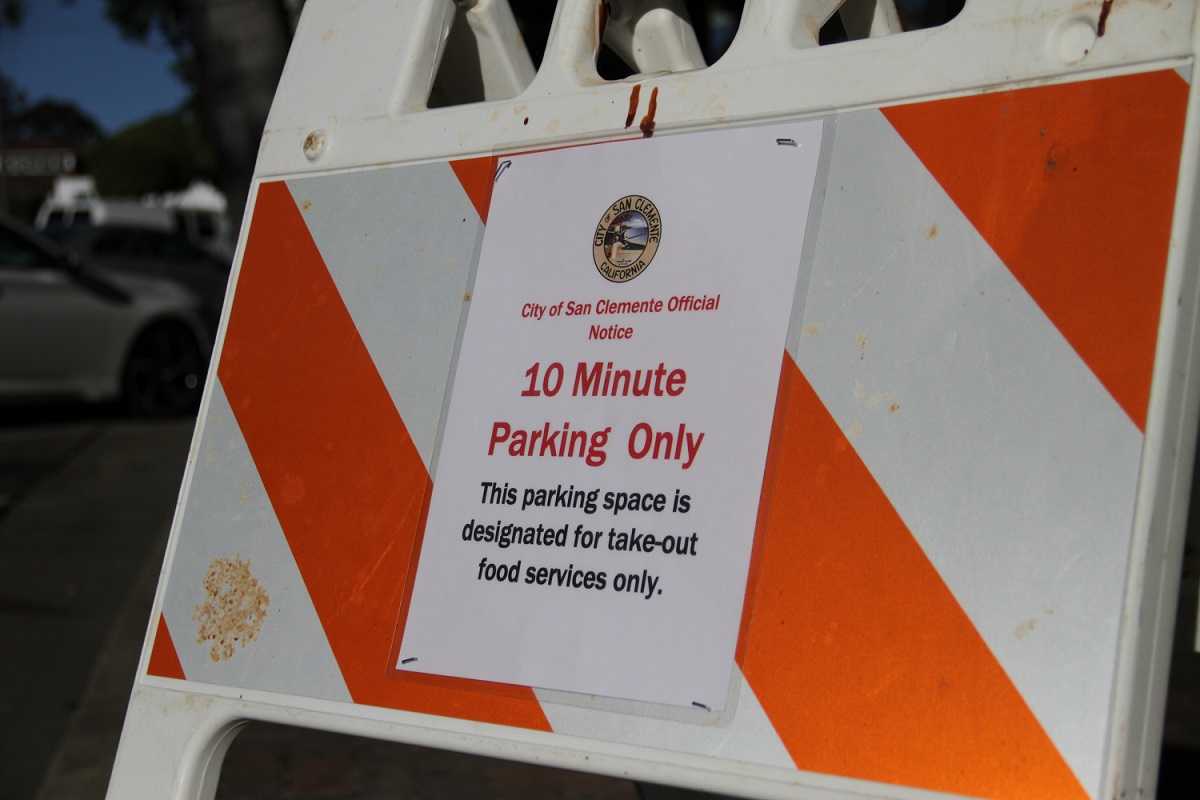 Days before Gov. Gavin Newsom issued his stay-at-home order, Barry Pierce, the owner of Beachfire Restaurant in Downtown San Clemente, made the choice to shut his establishment.

Any type of partial opening with limited seating, he believed, was “crazy talk”—from an operation standpoint, that was. As for the thought of continuing operations by focusing on take-out, through to-go orders and deliveries, Pierce said, “I didn’t think that would work.”

But after seeing his neighbor, Avila’s El Ranchito, operate on a take-out-only basis with some success—under the circumstances—Pierce reopened Beachfire days later to try to do the same.

“I was completely wrong, and El Ranchito was crushing it,” Pierce said, adding that his business has been able to grow since reopening.

“Lunch business hasn’t been that good, but dinner business has grown stronger every week, so there is that need,” Pierce said. “I didn’t believe it, but El Ranchito proved that wrong.”

Pierce added that he’s been able to at least bring back most of his kitchen staff and a few of the front-of-the-house staff, allowing them to work at about half of their regular hours. The community, he added, has been receptive, helping out as much as they can.

“The local community has been so positive … sometimes spending money on food they don’t even need, just to help,” he said, before recalling that one customer generously tipped $100 on an $8 to-go margarita.

Pierce stated that though there is still a lot of uncertainty in what the future holds, he remains optimistic—though, he points out, that wasn’t always the case.

“I think we’re going to be OK. . . . I actually am, I’m feeling optimistic,” he said. “I was incredibly depressed the first couple of weeks. I was mad; I didn’t know who I was mad at, but it’s turned around.”

However, for other local eateries, the take-out approach just isn’t enough, even for the time being. Over at Nomads Canteen on Avenida Cabrillo, which has been offering to-go orders Fridays through Sundays, owner Jeff Gourley said his high-flow business cannot survive.

“We have been open for three weekends, and it’s managed to keep six of my employees employed at their regular rate,” he said, “But I have lost money every weekend when you look at rent, payroll, taxes and cost of food.”

According to Gourley, he uses environmentally friendly to-go containers, which are more costly, adding as much as $10 to the cost to make the meal.

Gourley said Nomads Canteen has only been operating on the weekends, because that’s when it’s most feasible and profitable, as it concentrates his staff to those three days plus Thursdays, when they prep for the weekend.

Gov. Newsom’s stay-at-home order issued on March 19 did not include an end date. Earlier this month, he and Oregon Gov. Kate Brown and Washington Gov. Jay Inslee had formed a Western States Pact, jointly announcing that any decision to reopen the states’ economies would be guided by “health outcomes and science—not politics.”

Even so, Gourley told San Clemente Times this week, he intends to reopen Nomads for dine-in service on May 1.

Gourley said he intends to bring back his entire staff of 25 employees, but he stressed that none of his staff members are required to return to work on May 1 if they don’t feel comfortable doing so. That also goes for patrons, he said.

“I can’t just let my people struggle through on $75 a week on unemployment. . . . That’s the importance of getting reopened,” he said, noting that eventually the $1,200 stimulus money most Americans had received from the federal government this month will run out.

Back at Beachfire, Pierce noted that he’s currently targeting a reopening of May 15, but he emphasized that projection is fluid.

While most restaurants and eateries have been able to stay open, providing essentials, other local businesses, Pierce predicts, will likely not be able to stay in business.

One local business that’s finding itself in that very predicament is Angel Wings, which has operated in Downtown San Clemente for the past 15 years.

Laurie Wodiske, the owner of the clothing and jewelry boutique, noted that while she had been recently facing other issues related to her shop, the stay-at-home order from the state was in essence the final straw that prompted her to close the business.

“There were some other factors involved, but the coronavirus was the icing on the cake that made it something to work towards closing,” she said. “I had been working on some other issues related to my building, but with the coronavirus, it was a storm that all hit at once.”

Wodiske said she understands the situation the world is currently in and agrees with the state’s mandate.

“But having to close for several months was prohibitive,” she said this week, adding:“When you can’t operate for a couple of months, it’s tough.”

Wodiske has operated boutiques in San Clemente since 2003, when she first opened Variant, selling upscale women’s clothing and accessories. She later opened Angel Wings one block down on Avenida Del Mar in 2005. At the end of the month, Angel Wings will officially close.

“But it’ll be a new chapter that opens up,” she said optimistically. “It’ll be all for the best somehow.”

Heeding recommendations from health officials, she implemented social distancing measures at her shop, but eventually it got to a point where customers no longer felt comfortable shopping most places, and her own employees also were concerned for their own safety.

Within days, the state issued its stay-at-home order, grinding California’s businesses and economy to halt.

“Quite frankly, I have employees who wouldn’t have wanted to work. . . . I think the state did the right thing with the social distancing and what have you, but we all have to bear some burden on that,” she said.

For the time being, Wodiske is temporarily moving in to the site of the former San Clemente Art Supply shop in North Beach, where she’ll sell off the rest of her merchandise when the stay-at-home orders are lifted. She’s also been donating a lot of the inventory

“I’ll be warehousing everything in this store location until the economy opens up, and then I’ll sell the rest of my merchandise at this spot,” she said. “Then after that, I’ll move forward without a storefront.”

For small business owners such as Wodiske, there was the Paycheck Protection Program (PPP), the federal government’s $349 billion economic relief initiative meant to help businesses support their employees and keep on the lights.

Last week, the fund had been exhausted due to high demand, leaving leaving thousands of business owners fearing they may not get the much-needed loan to stay afloat during the health crisis. But Congress on Tuesday, April 21, passed a new deal to replenish the PPP with an additional $484 billion.

Wodiske said she did apply for the PPP loan before that well ran dry. But rather than wait out the storm, even with a loan, now felt like the right time to end operations. She noted that her lease was up in a few years and that her rent was substantially high. She also said she believes the economy will be slow to recover after the pandemic.

“Frankly, to have very high rent debt that I would be accumulating now, then to have more debt to reopen a business, in what I presume will be a slow economy, isn’t the most appealing option,” she said.

Both Pierce and Gourley said they were able to secure their PPP loans before the money ran out. Pierce said the loan has helped pay for his employees’ wages, utilities and rent.

Gourley, however, said the loan is nominal and doesn’t cover the losses Nomads Canteen has had to bear to date. He also pointed out that neither the PPP money, nor unemployment benefits, take into account a server’s money he or she would normally make from tips.

“The PPP and the unemployment are based on your payroll. In the restaurant industry, my people’s tips far exceed that of what they make in their checks,” he said. “So, my payroll that I record does not include the tips for staff. . . . I can’t afford to pay my employees on tips, which I couldn’t put on my PPP application.”

“Bottom line,” he later added, “we need to get back to business and open up.”