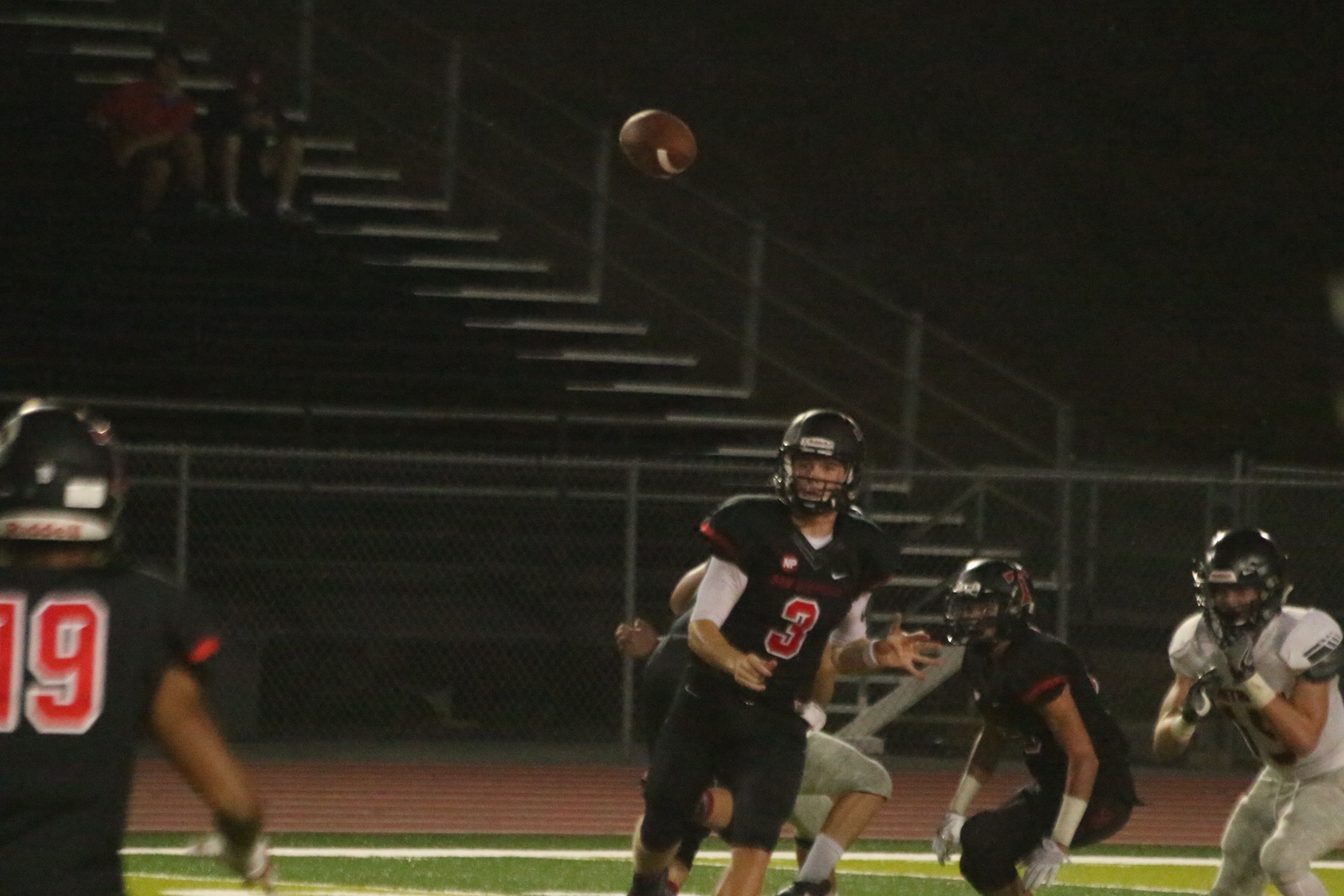 He then proceeded to complete 10 of his next 13 attempts for 282 yards and four touchdowns, igniting the Tritons offense in a 62-20 nonleague victory.

Costello finished the night with 350 yards passing and threw five touchdowns to five different receivers. He also showed off his ability to run, taking nine carries for 87 yards and a score.

In all, Costello accounted for 437 yards of total offense and six touchdowns.

“The receivers just ran the routes perfectly, the line did really well and blocked everything and the play calling was great,”Costello said. “It made my job a lot easier.”

Costello and the Triton receivers linked up for one big play after another. The junior signal caller completed six passes of 25 yards or more, four of which went for touchdowns.

Costello’s first throw of the game was a 43-yard catch-and-run to senior receiver Keith Jones. The next throw was a 25-yard scoring strike, again to Jones, that opened up the scoring.

A 36-yard pass to Chase Berman set up a one-yard Austin Whitsett touchdown run, which jumpstarted a 21-0 San Clemente run in the second quarter.

Costello scored a 42-yard burst that made it 27-7 just before the half.

“We started off a little slow and it took us a series or two but then (Costello) started to get his rhythm going. He made some key plays in the second quarter which got us some momentum and took us in the right direction,” coach Jaime Ortiz said.

On three consecutive third-quarter drives Costello threw a 46-yard touchdown pass to RJ Donaldson, a 47-yarder to Jaydel Jenkins and a spectacular 96-yard pass to Jack Shippy that blew the doors off the game.

Whitsett scored on a four-yard run to start the fourth quarter, which put San Clemente up 55-20 and started a running clock.