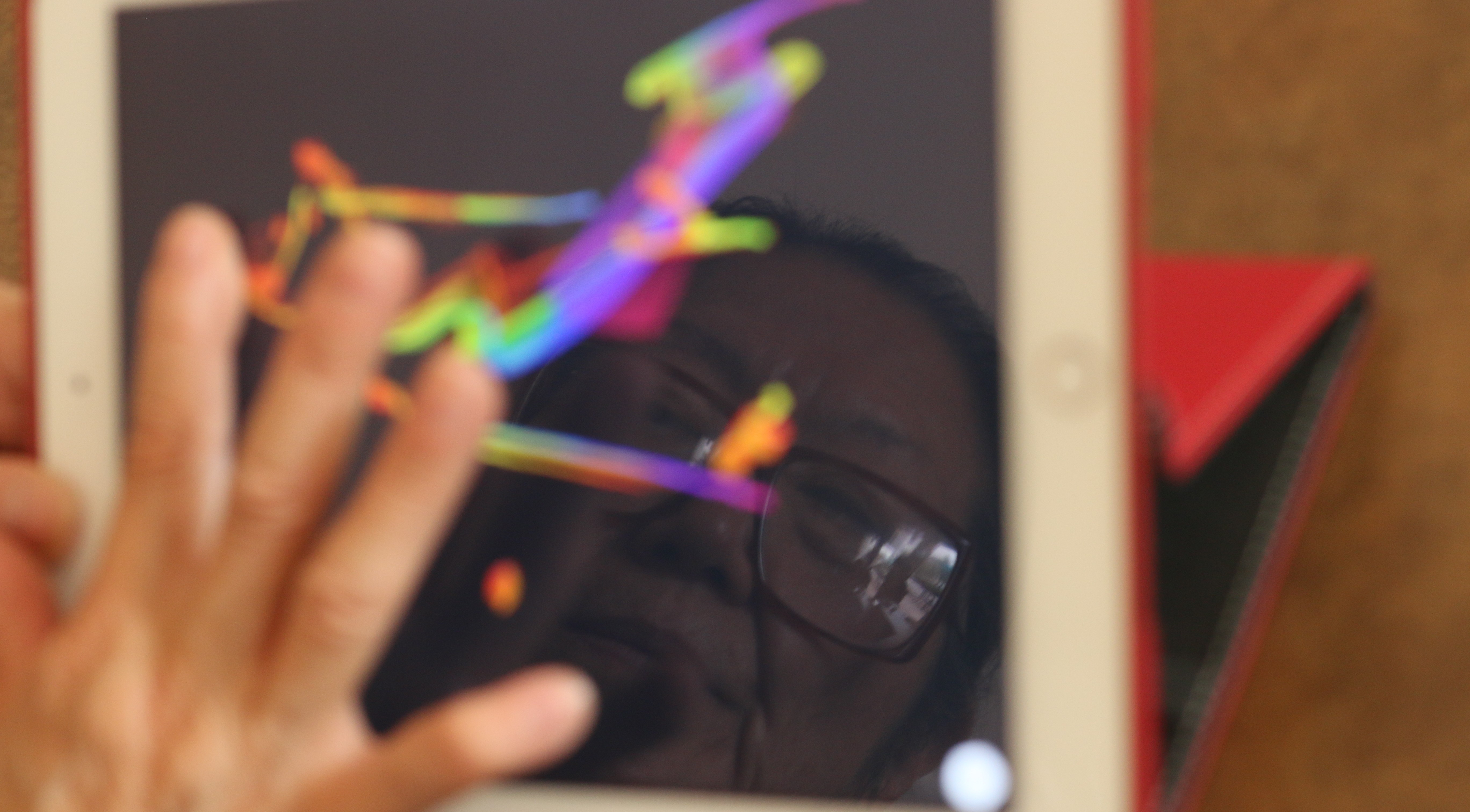 Residents of Senior Living Facility Learn to Use New Technology

To give residents of Cotton’s Point senior living facility the chance to create artwork, a new class is being offered.

The show, “Making Waves,” will provide hors d’oeuvres, a jazz guitarist and the artwork will be displayed. The event is free to attend.

EndAGE, a nonprofit organization, partners with The Kenneth A. Picerne Foundation and Susie Stockholm, who teaches art classes at Cotton’s Point. The nonprofit was the backbone of Stockholm receiving a grant to host the classes.

The women participating in the class last Thursday are between the ages of 70 and 85.

Jackie Andersen, 70, Joyce Johnson 83, Nora Huang, 85, have been working with Stockholm since it began.

Johnson said she does quilling and combines different pieces of paper to make designs.

Much of the art is made in collage form, compiling scraps of paper, jewels and beads into decorative cards.

“Their work can be part of the ‘abandonment’ movement, which is very big,” Stockholm said.

Art abandonment is artwork left around a town for people to see. It can be something that, with the right permits, can pop up in public areas overnight.

The group has been meeting since December. About four to five people make up the classes. Another art class for crafts can have up to 12 people.

“I think everyone comes to the table with a different gift, and they’re given an opportunity to explore their gift,” said Jennifer Falon, EngAGE site manager. “Jackie, in her years, used to be an artist in Denmark and also in the United States.”

Andersen said a lot of her artwork was stolen and her copyright was infringed.

“As an artist you have to be careful,” she said.

Andersen put her art on hold,but when she joined the group she became inspired once again.

“It’s amazing how therapeutic it can be to just sit down and create something and just be with other people,” Stockholm said.

Andersen reiterated her experience with the beauty of silence in classroom artwork.

“You’d think this would be a social time, but our classes are very quiet. Everybody is just really focused. In 10 years of teaching in Boston and New York, I understand what’s going on in the class,” Andersen said. “The class is very resourceful.”

Last Thursday, the group was working with a special program on iPads. When the art students would touch the screen, electronic waves would extend across the screen and bounce off the borders of the screen. It would make the creative labor much less intense. One woman creates her artwork with her knuckles because her hands have been riddled with arthritis.

This also helps senior citizens learn to navigate the 21st century technology. The iPads are provided.

“None of them knew how to use the iPad before this class started,” Stockholm said.

During the show, people will be able to find “free art,” which they can take home with them. The free art will be displayed randomly.

“This opens up new worlds because they don’t have to make a mess,” Falon said. “When people get older, they have different family dynamics and they can’t leave their paints around. With the iPad they can just store it.”

The classes at Cotton’s Point senior living facility are only for the residents, but Stockholm said she intends to teach the iPad classes outside of the facility in the near future.