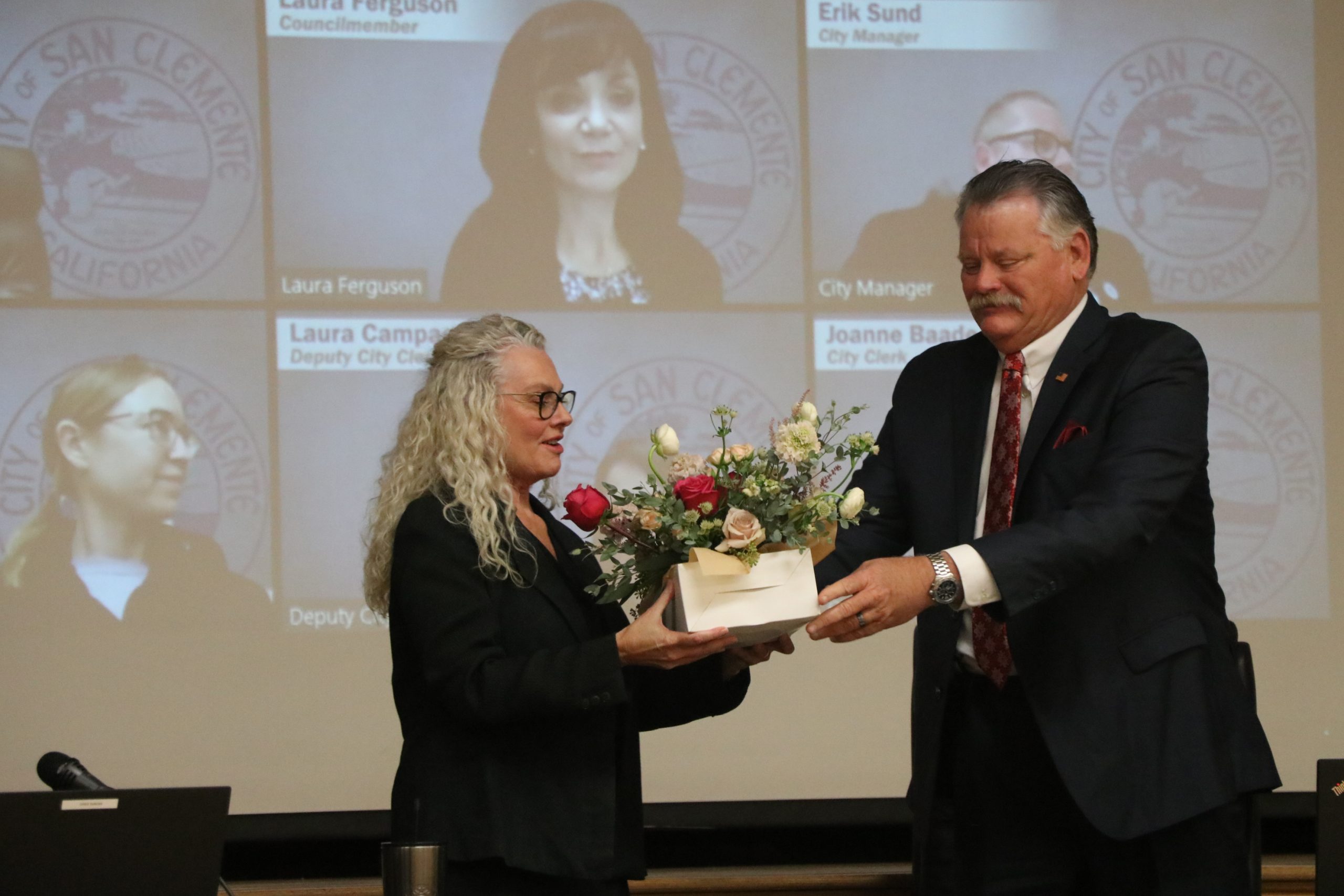 Gene James was elected to the position of mayor at the City Council meeting on Tuesday night, Dec. 7, in a 3-2 vote with the support of Councilmembers Kathy Ward (the former mayor), Chris Duncan, and himself.

The appointment continues James’ run of political success, from the time he ran for City Council in the 2019 Special Election. The new mayor ran on a platform of public safety, fiscal prudence, and protecting quality of life in San Clemente.

There was controversy over the election all the way up to the final vote, as Councilmember Steve Knoblock commented about his concerns with elevating James.

Knoblock referenced his recent proposal to remove James from the mayor pro tem seat over a police recording in which James was heard confronting and arguing with a sheriff’s deputy.

Knoblock also mentioned the Stolen Valor controversy from the 2019 campaign, when mailers in support of James from the Republican Party of Orange County falsely depicted the then-candidate as having received the Legion of Merit for his service.

James, a retired Army veteran, has denied having any involvement in the OCGOP’s mailers.

“Both federal and state law prohibit Stolen Valor by punishing pretenders from claiming military honors they didn’t earn,” Knoblock said. “Prior to, and during the campaign of Mr. James for election on this council, he apparently presented himself as having earned the prestigious military Legion medal. His rebuttal to the Stolen Valor charge was that the mailers did not come from him personally and that someone else had simply made a mistake.”

Knoblock finished by saying he wanted the issue clarified once again and that he could not support Ward’s motion to elect James.

A handful of citizens decided to make public comments, with the first two speaking against both James and Duncan, who was appointed Tuesday night to the mayor pro tem position.

One speaker raised concerns over the Stolen Valor issue, even citing comments Duncan had made as a candidate in the 2020 council race, when he called on James to resign if James wouldn’t explain the matter.

Conversely, three other public commenters spoke in favor of both James and Duncan, to varying degrees, for their involvement, responsiveness, and willingness to collaborate. They also made retorts against the controversies surrounding James.

“Out of everybody sitting up here tonight, Councilman James and Councilman Duncan are the two most responsive people up here,” said Michelle Brooks, who sits on the city’s Human Affairs Committee.

“When the council voted to do away with overnight parking at Max Berg Plaza Park and a resident posted about it on social media because he lived there, it was Gene (who was) on it that day,” she added.

After Duncan was elected mayor pro tem, the new mayor stood with Ward and commended her work over the past year, including her efforts on the Toll Road Subcommittee to block the 241 Toll Road from extending through town.

“This is a very special city,” James said. “It’s worth every moment of time I spend away from my wife, away from my Golden Retriever, doing other things and working on the issues and problems of the city.”

James finished by speaking to what the council has accomplished and the future challenges it will face. He also emphasized the importance of working as colleagues with respect.