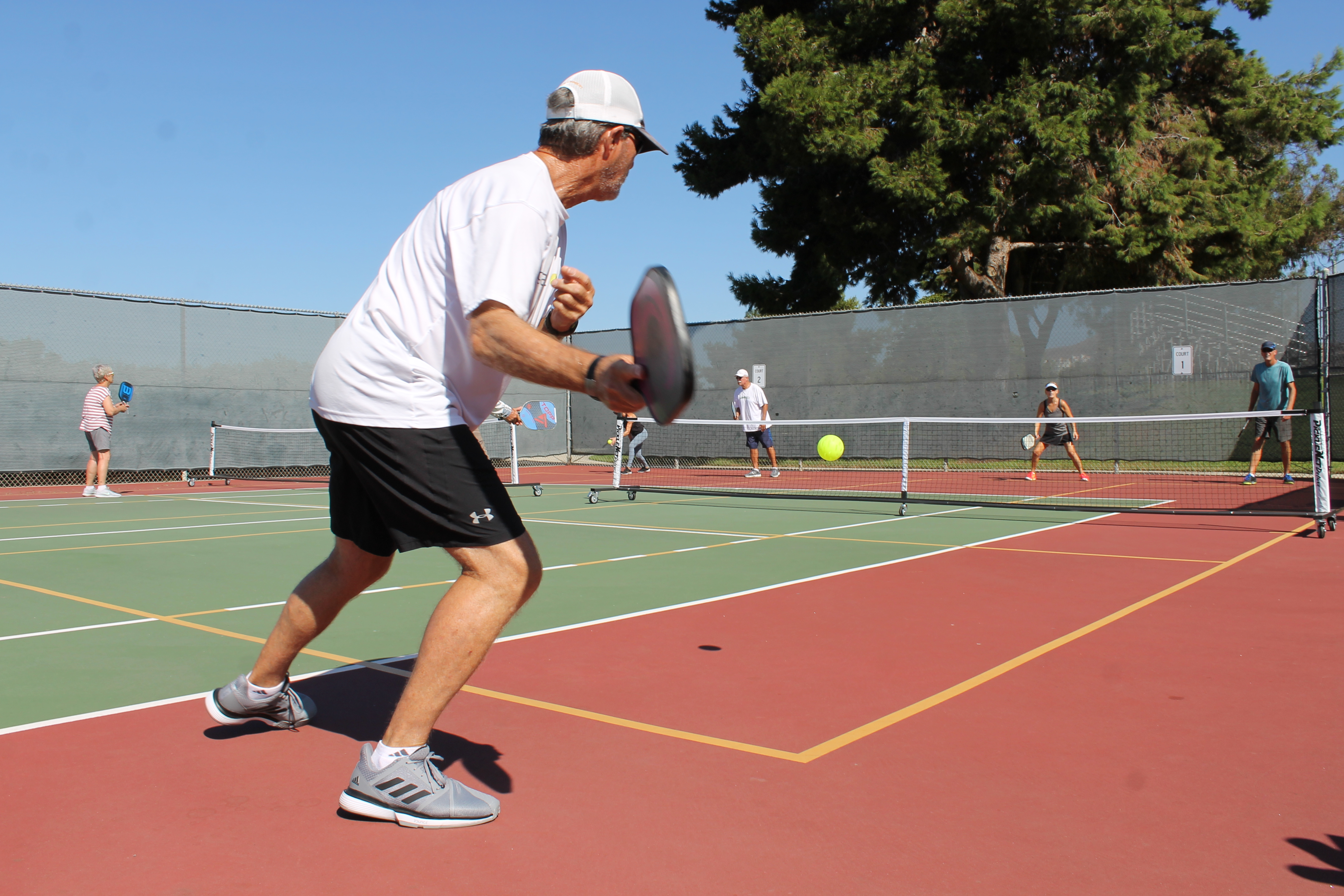 The San Clemente City Council voted 4-1 to approve a design contract intended to produce a rendering of at least four pickleball courts at Richard T. Steed Park during its meeting on Tuesday, Nov. 15.

Councilmember Laura Ferguson was the lone vote in opposition, citing concerns over the lack of a secure funding source for the estimated $5 million to $8 million project. She also wanted to see a report from the Beaches, Parks, & Recreation Commission that detailed its previous discussion of the project from December 2021.

With the council’s vote, the city will tap RJM Consulting for the $404,550 contract, lasting until Jan. 30, 2025. During that time, RJM will contribute to designing the project for around eight months, help prepare documents to bring in contractors for four months, and provide support for a year while construction takes place.

Beaches, Parks, & Recreation Department Director Samantha Wylie said that among the four firms interviewed for the contract, city staff chose RJM because of its experience. The San Juan Capistrano-based firm has also completed projects with pickleball courts in Huntington Beach, Indian Wells, and Rancho Mission Viejo, among others.

“I think, as the council is looking to establish—what it intends to be—a facility for the future, for many decades to come, we want to be able to put our best design forward,” Wylie said of the planned pickleball courts at Steed Park. “RJM appears to be able to accomplish that based on other experiences and their portfolio that they provided for us.”

She also pointed to RJM’s additional team of professional pickleball players who would give perspective to the courts’ design and layout. She said their expertise would ensure that those who use the courts get the best experience possible.

The project team will complete three phases over the life of the project, including submitting conceptual designs, a geotechnical report, documents related to civil, electrical and structural engineering, irrigation design, and landscape architecture, and a formalized bid package for potential construction companies to review.

City staff confirmed that the Beaches, Parks, & Recreation Committee had reviewed a master plan update for Steed Park in December 2021, as well as the other parks, which proposed elements such as 16 pickleball courts, a court plaza, restroom and shade structures, and a future parking lot with stairs and ramps for accessibility.

Those elements were included in the request for proposal (RFP) the city released this past August to solicit contractors for the pickleball court design.

Councilmember Steve Knoblock asked Public Works Director Kiel Koger why the city does not require services to be finished by a certain deadline instead of establishing a period of time to complete the services.

Knoblock said that any company signing a contract in its current form with San Clemente would be “off the hook” for not accomplishing its assigned duties in the event of an economic recession, loss of employees, or any other reason.

“I do feel like there’s things in this contract that hold their feet to the fire, and they won’t get paid unless they hit certain milestones,” Koger said. “If this is a big issue to the council, I’m happy to work with the city attorney and change the way we put these contracts together, but in my experience, these are fairly standard public works (contracts).”

Knoblock disagreed, saying nothing could stop the city from establishing set dates or benchmarks for certain work to be completed.

Ferguson mentioned that the council had voted to direct staff to prioritize the construction of four courts. Wylie later confirmed that the design project was scale-able and could include talks of constructing up to 16 courts in multiples of four.

Ferguson also suggested staff incorporate prefabricated restrooms into the design and expressed concerns over the millions of dollars the city would need to source to build the project, given the difficulties in raising funding.

Regarding Knoblock’s desire to include a provision to continue the contract only until the assigned work is completed, Councilmember Kathy Ward said the council was doing more than necessary for a design project.

She said the upgrades at Steed Park could present significant financial revenues for the city in terms of concessions sales, and that the council should stick to the direction it agreed to follow in 2021 within the development of such an important project.

“My memory is (that what Mayor Gene James said) is, ‘You know what, can we just get four courts built?’” said Ward. “Because this is a big promise that we’re making and a commitment to the community. I don’t think we should get caught up on (whether) it’s four courts, it’s 16 courts; we’re just designing for the expansion of this park.”

The park wouldn’t be planned correctly if the city only planned for four courts, Ward added.

Mayor Pro Tem Chris Duncan echoed Ward’s sentiments. He commended staff for carrying out the council’s direction that would allow pickleball to move away from San Gorgonio Park—a location that has sparked noise complaints from nearby residents.

“(The direction) wasn’t, ‘let’s only build four,’” Duncan said. “That’s crazy. We know this is going to be a bigger group of courts. We want to have it be a destination for pickleball.”

Duncan suggested that designing 16 courts could lead to a tournament setting at Steed Park, where the city could make “real money” off the construction. Ferguson stated that the City Council nor other staff had never expressed a city-held sentiment to do so during a public meeting and that the notion was only brought up by Duncan on Tuesday night.

Knoblock made the motion to approve the contract, adding a modification that the contract be extended until the assigned duties were completed by RJM or the city terminated the contract, whichever comes first.