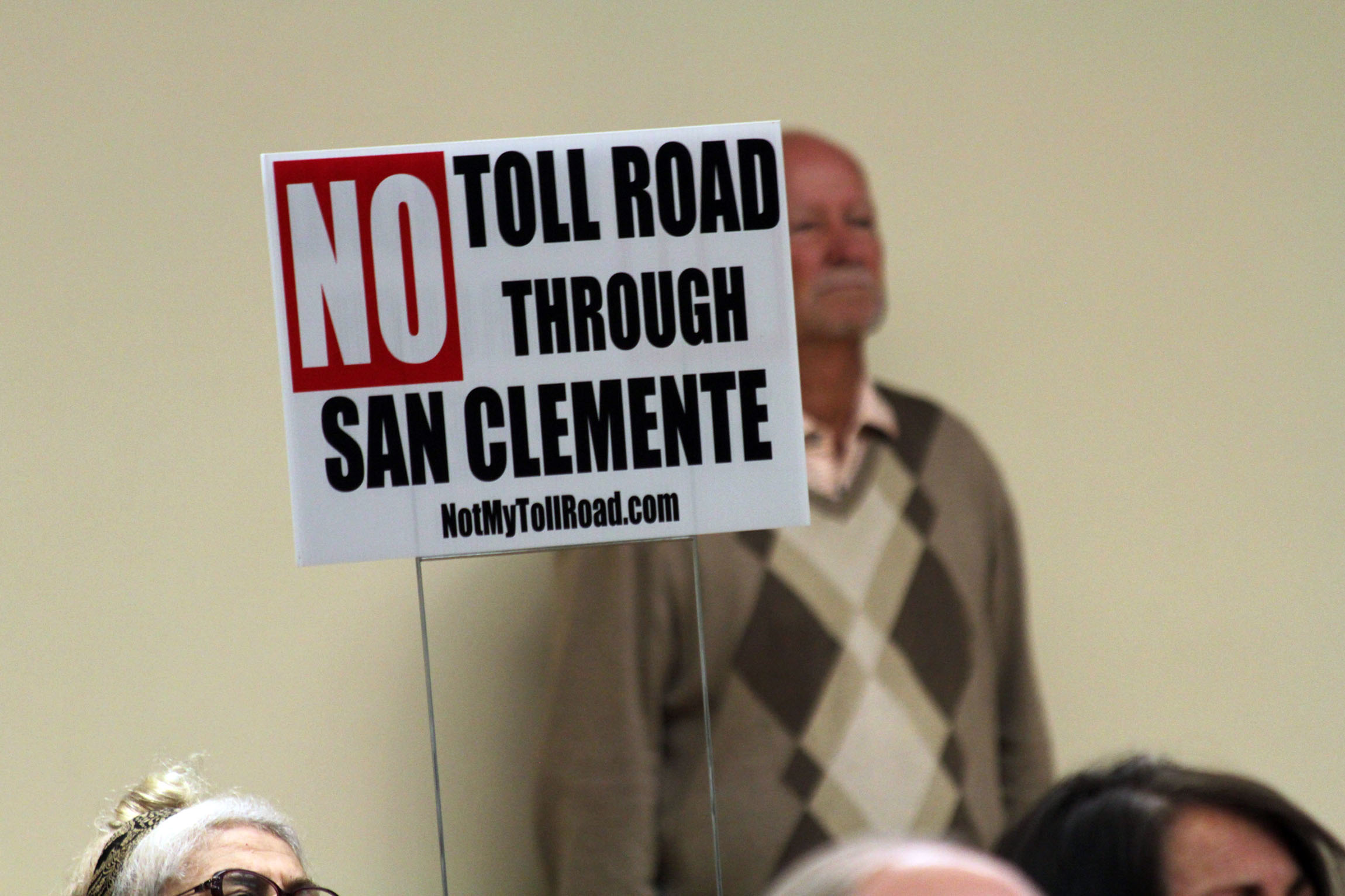 The city council on Tuesday, Nov. 17, approved plans to continue contracting services with a handful of toll road experts, costing nearly $350,000 as part of the city’s ongoing legal battles against the Transportation Corridor Agencies (TCA).

In a 3-1 decision, with acting Mayor Laura Ferguson opposed, the council voted to maintain its service contracts and enter into one-year agreements with the city’s four consultants: Tower Marketing & Investments; Mike Roos & Company; Englander Knabe & Allen; and the Oftelie Company.

The new one-year contracts each had previously cost $25,000 or less—meaning acting City Manager Erik Sund had authority to enter into the agreement without council approval—but now they will cumulatively cost the city $348,000.

According to the city, the consultants provide professional services on strategic planning related to toll road expansion, legislative analysis, communications, and traffic advisories.

The move to continue the contracts comes months after the TCA’s Foothill/Eastern Board of Directors voted to abandon its series of largely contested proposals to extend the 241 Toll Road to Interstate 5 by cutting through the city.

Instead, the board approved plans to pursue an extension of Los Patrones Parkway, which currently runs through Rancho Mission Viejo, keeping it as a county-run, arterial and untolled thoroughfare.

The proposed Patrones extension, which falls under the county’s purview and not the TCA’s, would have the parkway run from Oso Parkway—where the 241 currently ends—and continue south, past Cow Camp Road, and end at Avenida La Pata, at the San Clemente city limits.

Citing that plan, Ferguson on Tuesday questioned the need for retaining the contracts when the arterial route is being advanced, and also inquired from where the money will be coming.

“Who requested that after the TCA’s decision on Los Patrones Parkway was voted that these consultants were still needed?” she asked. “Who decided that, and how did this originate that these come back to us tonight?”

The city and the TCA are currently in litigation over the abandonment of the “green alignment”—or the southern extension of the 241 to connect to I-5 by traveling south of San Clemente.

According to Sund, the money to pay for the contracts will come out of the city’s legal professional services coffers and had already been budgeted in the current fiscal year.

Continuing to touch on the abandoned proposal to extend the 241, Ferguson drew the ire of her fellow councilmembers when she said, “We won the battle, and yet here we are still with these high-cost people to lead the troops.”

Councilmember Kathy Ward, who sits on the Foothill/Eastern TCA Board and is on the city’s toll road subcommittee, disputed Ferguson’s comment, stating that TCA is not finished with its plan and that a future TCA board could choose to reverse course by pursuing a 241 extension.

“We have promised our residents that we will stop this issue of a toll road through our city once and for all, so they won’t have to have any more heartache of this issue and living under the threat of a toll road extension or any extension being on I-5 they might again try to do,” Ward said.

Outgoing councilmember Chris Hamm also slammed Ferguson, stating that the toll road issue isn’t dead and is something that isn’t going to go away any time soon.

He added that the $350,000 cost is “well worth every single penny” if it means a toll road won’t be flying over the Vista Hermosa Sports Park and San Clemente High School, where his son is likely to attend in 15 years.

“It’s not dead, and it’s still marching forward, and we need to continue to fight,” Hamm said.